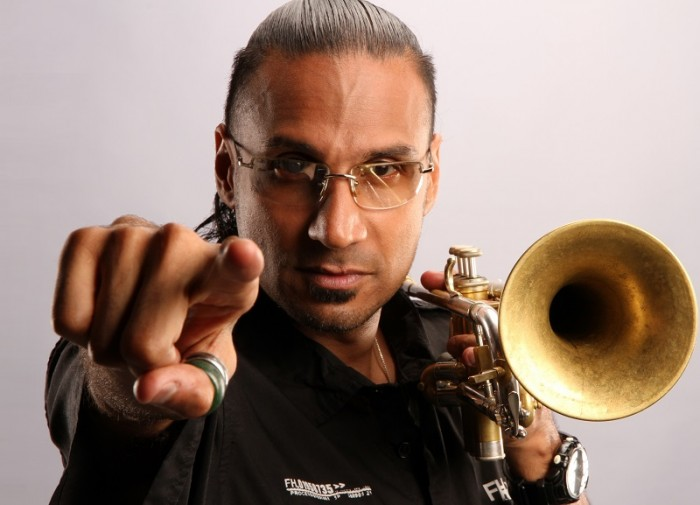 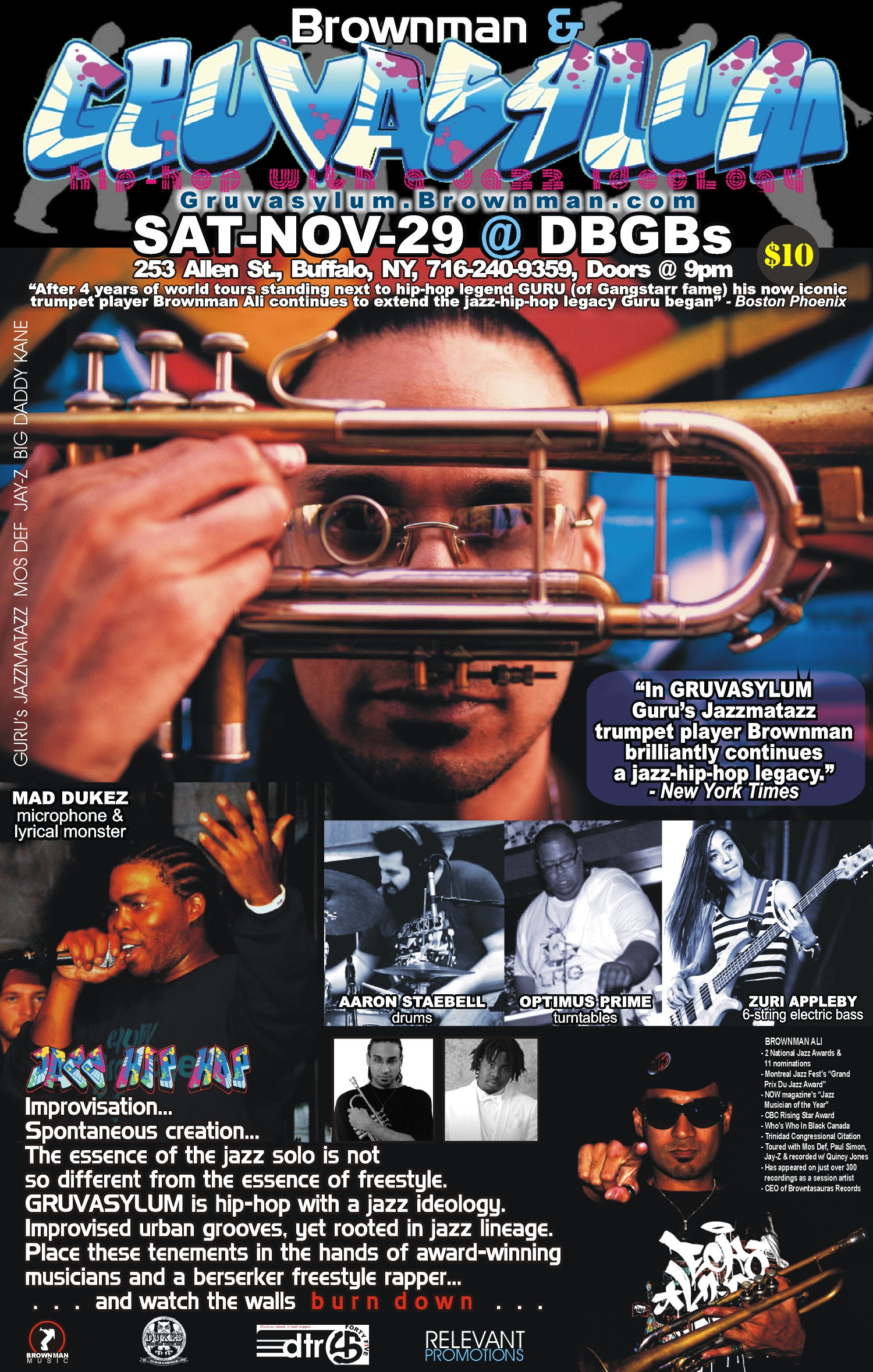 Jazz & hip-hop have long been cross-pollinated by geniuses from both genres. From the appearance of rappers on the legendary Miles Davis' "DooBop" recording, to jazz superstars like Herbie Hancock and Donald Byrd guesting in hip-hop legend GURU's JAZZMATAZZ. Jazzmatazz is now historically recognized as the 1st successful amalgamation of jazz & hip-hop -- and from 2006 to 2010 Canada's own nationally acclaimed trumpet playing jazz icon BROWNMAN would replace Donald Byrd in Guru's Jazzmatazz, doing 4 world tours, appearing on Jazzmatazz Vol. 4, and catapulting him to international acclaim in the hip-hop community (now often called by the likes of Jay-z, Mos Def, KRS-One, Big Daddy Kane & DJ Premier).

Guru tragically died in 2010 of cancer, but Brownman continues his legacy in the exploration of jazz-hip-hop in his own group GRUVASYLUM. This all-star quintet, with Guru alumni and multiple National Jazz Award Winner Brownman at the helm, reminds us that the essence of the jazz solo is not so different from the essence of freestyle -- in that improvisation and spontaneous creation is at the heart of both idioms. Gruvasylum is about modern, thoughtful, conscious hip-hop that tells tales of the world we live in - yet rooted in the jazz lineage. It is not what you hear on MTV. No one in Gruvasylum will ever discuss the merits of gunplay, SUVs with spinning rims, or big-booty girls. You will however hear lyrics that emphasize living life with irreverence and taking risks in that living. It is what you hear in every Miles Davis solo... or Guru's lyrics. Brownman & GRUVASYLUM -- hip-hop with a jazz ideology.
=============================================
"GRUVASYLUM, in it's 5-man configuration, delivers charged performances using a powerful lineup of trumpet, rapper, DJ, drums, and bass, combined with an incessant drive to push the improvisational envelope to new realms. Between these 5 core members, GRUVASYLUM covers a modern jazz landscape largely inspired by Miles Davis plugged-in years, with albums like "Bitches Brew" and "In a Silent Way" becoming the enduring template for experimentation and creativity in jazz fusion. Leading the ensemble is award-winning trumpeter Brownman, who has been heralded as "Canada's preeminent jazz trumpet player" by New York City's Village Voice, in addition to being a fixture in the New York state music community during his numerous stops in the Empire state. As the featured soloist with legendary jazz-hip-hop group Guru's Jazzmatazz (of Gangstarr fame) from 2006 to 2010, Brownman looks to carry the flame of Guru's uniquely ubiquitous jazz-rap blend with his own crew of top-shelf musicians."
- Buffalo News 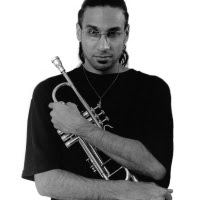 Heralded as "Canada's preeminent Jazz trumpeter" by NYC's Village Voice, Brownman Ali born on the small Caribbean island of Trinidad, & schooled in NYC is a multiple award-winning NYC-schooled protégé to his teacher, Grammy-winning trumpet legend, Randy Brecker. He tirelessly leads 7 unique ensembles of his own including the internationally acclaimed Miles Davis influenced BROWNMAN ELECTRYC TRIO, and the award-winning CRUZAO latin-jazz quintet. In high demand in the the studio world with over 300 CD appearances to date, Brownman delivers stylistically authentic horn playing over a wide range of styles from bebop to hiphop having worked with the likes of Guru's Jazzmatazz (replacing Donald Byrd in that primordial ensemble), Mos Def, Jay-z, KRS-1, Quincy Jones, Paul Simon, Mingus Dynasty Big Band, Gary Bartz, Chucho Valdes & far too many more to name here.

He is considered to be one of the most unique and provocative improvising trumpet players in the nation today, is widely regarded as a vanguard for the evolution of Jazz in Canada & is recognized as one of the greatest Miles Davis interpreters i the country.

A highly decorated player, his accolades include 2 National Jazz Awards (and 11 nominations over the years), a CBC Galaxie Rising Star award, a SOCAN composers award, Montreal Jazz Fest's "Grand Prix Du Jazz" award, a Toronto Independent Music Award (& 6 nominations), an induction into the WHO'S WHO IN BLACK CANADA, a BRAVO! channel documentary on his life, NOW magazine naming him "Toronto's Best Jazz Musician", CBC Radio Canada named him "one of the most recorded trumpet players in Canadian history", the Trinidad & Tobago Consulate General awarded him with a citation for being a "Distinguished National of Trinidad", and he was once listed by Air Canada as one of the "Top 10 reasons to visit Toronto".
:: Brownman.com / Facebook / Twitter / YouTube / MySpace  ::