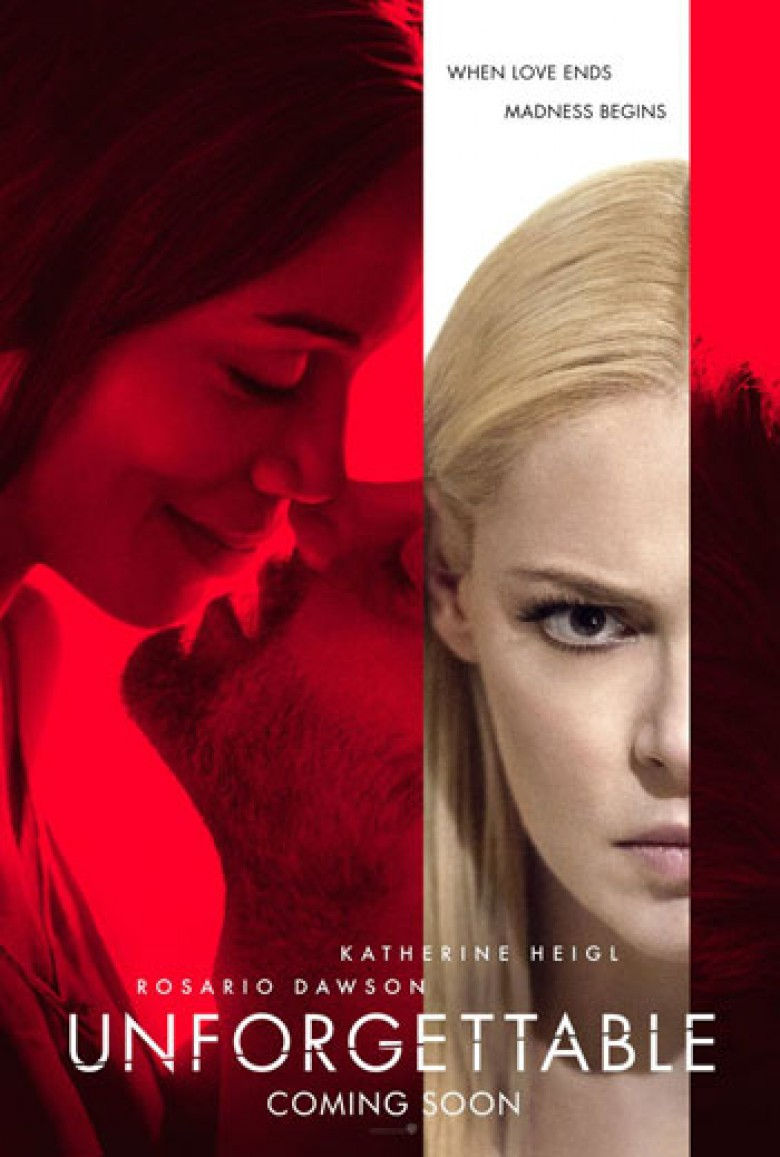 “Time doesn’t exist at your age”

There’s a new “erotic thriller” in theaters this week and its called Unforgettable—a title that should keep critics busy figuring out the most unoriginal pun ever to put their colleagues to shame. What’s glorious about this name is the reality that its attempt to inherently force us not to forget it actually births a moniker so boring and non-descript that we must. Casting “October Road” alum Geoff Stults (who I do like as an actor) and “Grey’s Anatomy” alum Katherine Heigl (who I don’t) only feeds into the subject matter’s built-in Lifetime Original vibe to eventually surprise us once it opens. “Wait! That movie where the trailer gives away the entire plot isn’t made-for-TV?” I say this in jest now, but that’s exactly what happened to me.

The punch line: it’s not as bad as you may assume. Yes it’s generic. Yes it’s obviously chugging along to hit certain thriller check-stops with the rare staccato break-in of heavy-panting sex. And yes you will forget it as soon as you get into your car. But in some respects Christina Hodson‘s script knows this and at times embraces it. (I’m not sure why David Leslie Johnson‘s name is being thrown about everywhere online, but he is not credited as a screenwriter.) She draws a villain so unsympathetic, cruel, and deserving of whatever retribution is pointed in her direction that it made me enjoy the synergistic casting of Heigl in a role that embodies everything I hate about her portrayals of characters that do beg for empathy.

I’m speaking of Tessa Connover (Heigl), the ex-wife of David Connover (Stults) with precisely penciled make-up, perfect posture, and aristocratic etiquette. She’s to blame for their separation (an affair) and perhaps the sense of emptiness and loneliness that drove her to it considering her mix of meticulousness and needy quickly proves to be a lot to handle. Just ask her father, the man who couldn’t stand to live with the woman that made Tessa in her mold (played by Cheryl Ladd). This type of familial mirroring is abundant throughout Unforgettable as well as the insidiously vile verbal abuse that eats away at each woman embroiled in this extended family, including young Lily (the Connovers’ daughter as played by Isabella Kai Rice) and David’s new fiancé Julia (Rosario Dawson).

The latter is our de facto lead—a woman with a troubled past finally dissolving so true happiness can take its place. Julia is uprooting her life to move to Los Angeles and entrench herself in David’s with Lily and the now on-the-outside-looking-in Tessa. She’s an editor for a San Francisco-based online magazine, so working remotely isn’t a problem. Nor is anything financial-centric for that matter with the money to live the lives they are all living being rendered intrinsically normal in a way that makes you want to puke. But that’s okay in the context of a trashy checkout lane paperback. The money lets Tessa lord superiority by buying the same exorbitantly expensive designer dress as Julia without worrying us with the details of its acquisition.

Tessa despises what Julia stands for: the inevitable product of her own actions. In her mind she can still win David back, still sink her claws in him so his “nice guy” cruise control of “doing the right thing” will keep him by her conniving side. No lengths are too far for the Devil and no amount of physical or psychological damage is either once Tessa decides Julia is literally taking the life that rightfully belongs to her. So, like the trailer shows, Tessa cyber stalks her “replacement” and finds the abusive subject of a restraining order (Simon Kassianides‘ Michael) to ruin her life once and for all. He’s killed, Julia is accused, and David inexplicably doesn’t know which woman to trust. Oh what melodrama and psychopathic hysterics.

What it gets right is Julia. I credit both Hodson and Dawson for giving this victim turned heroine three-dimensional depth. It helps that the film copies the trailer by hiding nothing. We open on Julia beaten and bruised in the police station as Robert Wisdom‘s detective grills her about Michael’s death and the circumstantial evidence making her suspect number one. Here’s the scared yet strong Julia facing the broken Julia’s past, everything she couldn’t tell David coming to a head in the worst way. The performance is authentic, the feelings of bankrupt self-worth, uncontrollable paranoia, and thoughts that David will think less of her risking to destroy everything once again. How she reacts to the changes in her life (witting and not) lends a welcome sense of reality.

Unfortunately that grounded anchor also makes the crazy irredeemably over-the-top. I hate to say it, but the whole might have been more effective if Julia was cheesier. It would have ruined the one thing Unforgettable has going for it, but it also would have made the actions of Heigl’s Tessa seem less impossible by comparison. There’s a fun air of self-seriousness in that role (only subverted by an unnecessarily false moment of conscience before she pulls the trigger on ruining another person’s life), one that would fit nicely in a straight horror film or Disney princess adventure. If Heigl is a master at anything it’s the cold, calculated machinations of a psychopath blind to the consequences of her attacks as long as they benefit her. Tessa’s a monster.

Again, though, like with Dawson’s harrowing performance better suited to a drama without such histrionics, Hodson and first-time director Denise Di Novi undercut the big-ness of Tessa’s evil. At times it’s as though they hope to make this very uncomplicated maniac redeemable. They want to explain how she had no choice but to be this way because of a controlling mother. But that makes things worse. We can only suspend our disbelief as far as her doing the things she does if she does them because it’s what she wants—not because the kind, conscious Tessa inside is being subdued. For half the film this character owns her deplorable persona while the other half has her questioning her commitment. Rather then add character complexity, this shows filmmaker uncertainty.

But that’s me reading too far into a movie not asking me to do so. It purposefully puts its cards on the table from second one so the only potential surprise is who takes the fall for Michael’s murder. Maybe Julia actually did it. Maybe it was Tessa as assumed. Maybe the evidence is as pristinely manufactured as Tessa’s make-up or perhaps it’ll lead the police to the truth. There are no hidden meanings to mine or subtlety of any kind. There’s only a long flashback of violent intent bubbling towards a point of no return wherein the words that once paralyzed our heroine are imbued with the power to motivate fear into strength. Whatever your feelings before sitting down (excitement or disinterest), the film complies.

Advertise With Us
- Featured Event -
Sat May 2nd