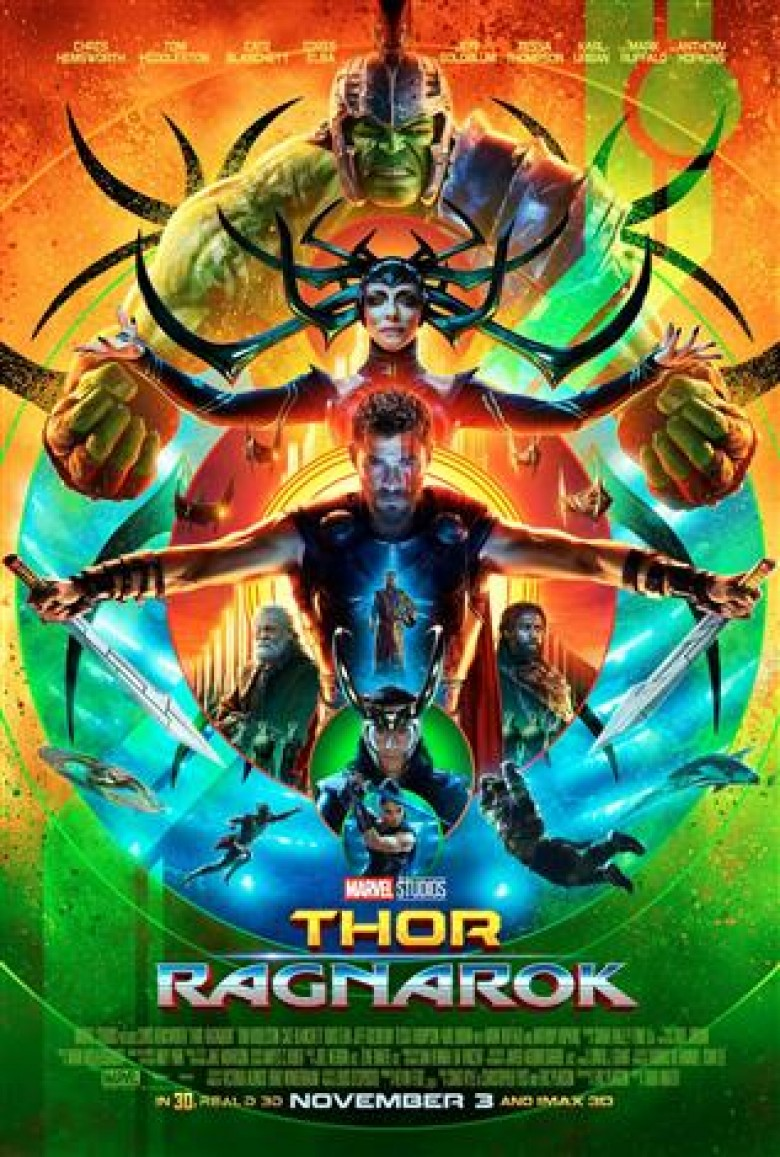 “Good luck with that, new Doug!”

Marvel fatigue has officially hit me, but less like a ton of bricks than like a nagging sense that the studio is merely going through the motions. Unfortunately, this slow unraveling is worse than a huge misstep because it means that a shift back onto the rails is less likely, especially with everyone hailing Thor: Ragnarok as a franchise entry that “breaks the rules.” If that means “push plot to the background for bloated excess dragging pacing to the point of realizing everything is a distraction from the reality that these stories don’t possess the complexity to warrant an entire film,” then I guess they’re onto something. An unnecessary increase in dramatic gravitas (Age of Ultron and Civil War) has morphed into hollow, quip-fueled diversions.

That’s not to say that the high points of this universe aren’t successfully dramatic or funny, just that the studio has lost its way, focusing on those beats rather than on the story. Guardians of the Galaxy and Winter Soldier are so good because they are built upon a fully fleshed out trajectory, with honest emotion and character progression, that is then augmented by the irreverent humor and brooding drama injected into their veins. But as often happens, the people in charge who saw an uptick in excitement and acclaim believed success came as a direct result of those enhancements regardless of the structure beneath. They began to usher in sequels built around the emotion or humor, relegating plot to a secondary position. And it’s getting worse.

Stories have become convoluted and meandering as they move from melodrama to tragedy or from joke to joke. Age of Ultron hinged on sacrifice and ultimately it felt hollow. Civil War looked to up that ante only to forget to actually include any sacrifice. And Guardians of the Galaxy Vol. 2 arrived like a parody of the first, with too much of what people thought worked and not enough of what actually did work. It rendered characters into caricatures, everything embellished for a shallow reaction forgotten soon after the story itself evaporated from memory. The added humor and drama worked better in Ant-Man and Doctor Strange respectively because they were origin stories—they could build themselves from inside this new mold. Existing characters are conversely perverted.

No hero has been altered more than Thor (Chris Hemsworth). You could argue that his evolution has made him better—I would probably agree—but that doesn’t excuse the rapidity with which the world around him was changed. That’s why Thor: Ragnarok is so hard for me to pin down. While I love the tone that director Taika Waititi (an awesomely inspired choice) infused in both Thor as a character and in the otherworldly realm of space (using Guardians as obvious inspiration whereas the first two films in the trilogy couldn’t since they were set primarily on Earth), the script itself (written by Craig Kyle and Christopher Yost before Eric Pearson took over) seems to be more concerned with that tonal shift than on an actual journey worth our time.

What ends up happening is that this installment becomes a side quest to its own journey. This idea of “ragnarok”—or the end of the world by fire—hinges upon a very specific inevitability, wherein Odin’s (Anthony Hopkins) first-born daughter Hela (Cate Blanchett) escapes exile to mold Asgard in her violent, death-tinted image upon his passing. There’s this cool flip from the benevolent gods in Shakespearean dramedy to the vengeful, spiteful, egomaniacal ones in mythology. Everything we think we know about Asgard is proven to be lies built on the back of a huge dirty secret, and that revelation is profound in its intrigue. But rather than experience the ramifications of it, this over-arching narrative is pushed aside for a comedic romp light years away.

Hela is a MacGuffin, a vicious creature with world-destroying power that’s relegated to an afterthought only seen in brief vignettes by herself so we don’t forget that she’s there. Rather than let Thor and Loki (Tom Hiddleston) watch her burn their home world, the screenwriters feel comfortable using the natural death of their father as the impetus to want to fight back. So while Heimdall (Idris Elba) leads a one-man mission to save innocents from their new Queen and her coerced henchman Skurge (Karl Urban)—Heimdall’s sword her only way off world—Thor is tested in a more tongue-in-cheek way. It’s as though Marvel asked for Hela to be a villain and for a lighter tone without comprehending that the two cannot coexist. To achieve the latter, the former must be ignored.

We therefore accept that Hela will kill with impunity—the characters that die proving that the Thor franchise is in the middle of a hard reboot—and leave her be until the inevitable climactic battle. We accept her as two-dimensional evil with a single-minded goal that doesn’t warrant an actor of Blanchett’s superior talents. And we accept that we’re meant to watch Thor goof around on a planet of misfits ruled by The Grandmaster (Jeff Goldblum) instead. Thor: Gladiator would be a better title since 80 percent of the movie is spent on Sakaar. The hope is that Thor will discover his true power without Mjolnir, but reality reminds us that he already did so when he rejected the throne at the end of The Dark World.

It was that second installment that cemented who Thor was, as both a man and a hero. This one works to show him he can still rule after all. But that’s not enough to truly care about his path. This film isn’t about maturing as much as a parallel morphing into the God of Thunder as his birthright foretold. The meaty evolutions conversely occur to Hulk/Bruce Banner (Mark Ruffalo), the last surviving Valkyrie (Tessa Thompson‘s drunken, self-pitying #142), and Loki. These three came (wittingly or not) to Sakaar and realized it served as an escape. They could leave behind the lives that haunted them and start anew in this Wild West of slave trade and mortal combat. They hit rock bottom to remember what they can become.

But as they compete for screen time (and often fall back on tired, selfish desires to prolong their changes of heart), Thor is diminished to a periphery player in his own film, and the main villain Hela disappears for lengthy stretches of time, Thor: Ragnarok‘s main character is finally revealed: the comedy. It’s the one consistent element throughout. But while it’s quite hilarious (thanks in large part to Waititi’s dry sensibilities), the humor only reinforces the unavoidable truth that the film is all style over substance. The majority of the runtime is spent assembling a rag-tag team of eccentric and expendable comic relief. Korg (Waititi), Topaz (Rachel House), and Surtur (Clancy Brown) are great fun in their different ways, but they’re pawns. The same is true of Goldblum’s unforgettable Grandmaster.

Most audiences won’t care. They’ll get caught up in the laughter and absurdity, enjoying the ride without realizing how little is actually happening. If this had been released three years ago, I probably would have, too. But this is now the Marvel Cinematic Universe’s seventeenth film. I can love the idea that the studio is letting auteurs come in and put their personal stamp on properties while also hating that those artists must do so with half-baked stories that crumble like the house of cards they are. Waititi is the MVP here along with all the brilliant comedic acting and the stunning slow-motion cinematography that lends an epic scale to the otherwise flimsy machinations. By no means worthless, it is unfortunately little more than entertaining filler.