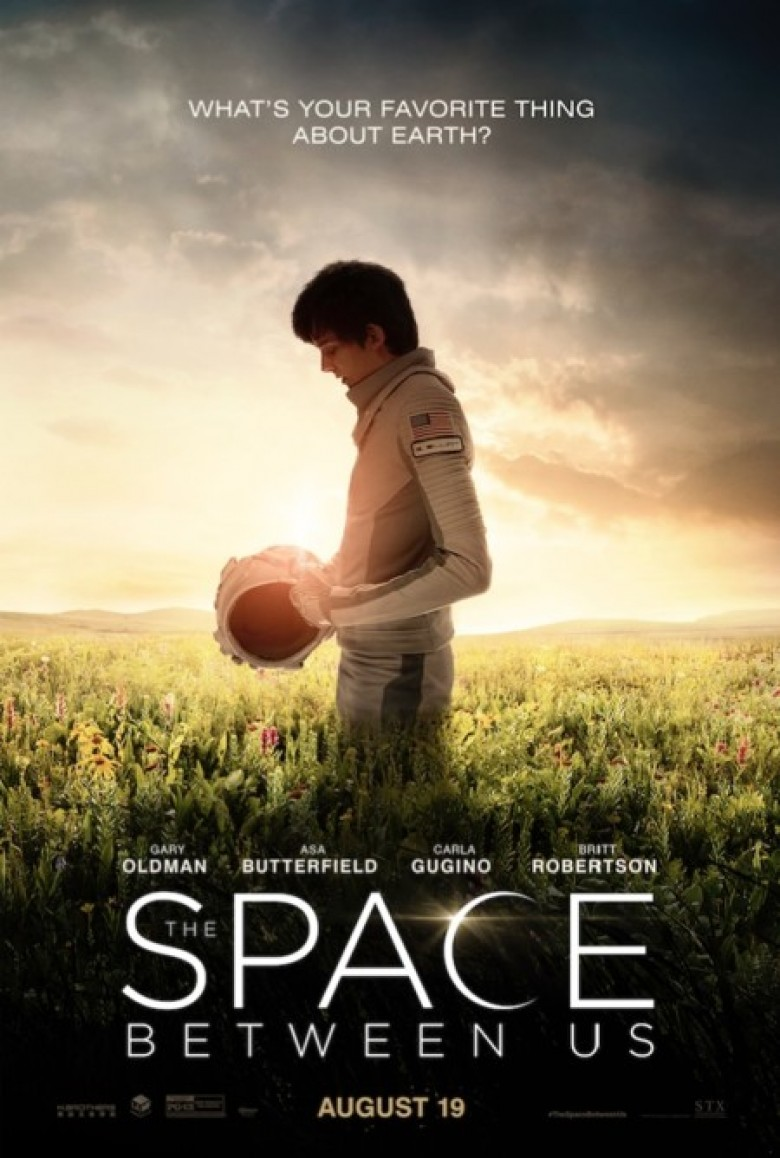 It’s difficult not to think about The Martian when it comes to the new film The Space Between Us. Both center around a human stranded on Mars—albeit in drastically different circumstances—and both attempt to exist in a “real world” despite that our actual ability for interplanetary travel is non-existent. What made the former’s science fiction so good was its decision to stay rooted in science rather than allow the fiction to completely take over. It grounded us in how someone would survive and how complicated it would be to communicate and be rescued. We buy the scenario because it takes hours to receive messages and we understand the public relations nightmare since NASA can’t legally keep the public unaware. Allan Loeb‘s script, by contrast, ignores such “realities” for convenience.

As a result, The Space Between Us can’t help but feel contrived. We must suspend our disbelief that the first mission to place people on Mars for an extended period of time (the East Texas colony is already operational) wouldn’t screen its astronauts’ blood right before launch to guarantee no problems are missed. We’re forced to ignore the logistical issues of a person on Mars instant messaging someone in Oklahoma simply because they use laptops made out of glass. And we’re asked to accept a boardroom of five covering-up the world’s first zero gravity pregnancy—that the Mars expedition’s visionary could shift from “We’re telling everyone the truth and I’m going there” to “My doctors say I might die so lets do nothing” in the span of about five seconds.

Director Peter Chelsom does his best to make the endeavor a huge to-do with excitement and grins—and we can believe it’s 2075 because we only see fancily dressed benefactors and astronauts heading to Mars. We take it on faith that this can happen because we’ve yet to see the “real world,” something eventually exposed as 2018 Earth with the aforementioned glass laptops. That’s it. No flying cars or cool hover-boards. The prologue is literally an implausibility that the entire film hinges upon, yet it’s masked from the incongruous reality in which it exists. We’re supposed to be awed by birth in space and even to approach questions about abortion (literally and figuratively with the mission), but really the “space” thing is nothing more than a device.

Space is merely that which divides teenager Gardner Elliot (Asa Butterfield) from life itself. It leaves him stranded on Mars, a confidential byproduct of hubris the world doesn’t know exists. It makes it so his bones are porous and his organs enlarged—two things that mean he’d probably die just from the months-long journey to Earth not to mention from our planet’s gravity. But in the film’s romantic aspirations, that is of course what he wants to do. He’s willing to die because he’s hardly living now anyway. Besides the scientists who have raised him coming and going, his best friend is a robot educator he helped to build. Kendra Wyndham (Carla Gugino) does her best to be maternal and caring, but she has her own life and work.

So where the prospect of death kept Richard Branson-lite Nathaniel Shepherd (Gary Oldman) grounded despite his knee-jerk reaction upon the boy’s mother Sarah’s (Janet Montgomery) death being to go to Mars, Gardner ignores it. He’ll do whatever is necessary to feel the heat of fire, the coolness of water, and the impossibility of wind. He’ll undergo experimental surgery to climb aboard a rocket and shoot himself into the void to have a chance at meeting pen-pal—and only person his age he’s ever talked to—Tulsa (Britt Robertson). Shepherd’s dream was to get to Mars and Gardner’s is to leave it to discover himself. After all, his father is still out there. And it’s never too late to find family in the unlikeliest of places.

Sadly, unlikely doesn’t describe any twists or turns in Allan Loeb’s script. Contrasting his handling of Collateral Beauty by making its “twist” the propulsion behind the intriguing, if still misguided, story, he leaves easy revelations to the end here and ultimately renders their potential surprises obvious inevitabilities. He also makes it so that we believe the only effective and honest outcome is one of heartache and tragedy, something that taints some of his decisions where it concerns Gardner and Tulsa’s burgeoning relationship. Because of how far he pushes those feelings, the result can’t be anything other than what it is without risking extreme emotional duress. So while this project could have proven deeply dramatic and philosophical with a carefully considered pivot, Loeb and Chelsom went hokey, YA generic instead.

And that’s okay. Temper expectations and know what it is: a cloyingly sentimental look at our yearning for family. Much of it is embellished and plenty is superficial. Tulsa for example is a caricature of the complicated, headstrong characters Britt Robertson has played in the past. Sadly her ability to excel in those roles can’t save Tulsa’s two-dimensionality onscreen and neither can Carla Gugino’s talents; her Kendra is more-or-less a prop (unwittingly) filling the maternal void. The film therefore lives or dies by Gardner and your desire to empathize with his plight. Butterfield won over my hopeful optimism despite some fish-out-of-water moments being exaggerated for laughs, (He understands what a dog is but not a horse?), and the fact he, too, is a prop to the theme.

More than Gardner finding love (platonic, familial, romantic, et al.), The Space Between Us is about his innocence unlocking the capacity for love in those surrounding him. He’s a miracle and he imbues hope and strength even if he’s stuck in a futile situation. Gardner provides Shepherd with a reason to end his self-imposed exile and find his genius again. He supplies Tulsa with an exception to the rule that people are users and abusers who chew you up and spit you out. And he opens Kendra’s eyes to a longing she didn’t know she could feel. It sounds schmaltzy and melodramatic because it is—the journey to its heartwarming, if not especially poignant, conclusion possessing multiple “gags” and clichés rather than authenticity. It’s Tween Escapism 101: no more, no less.