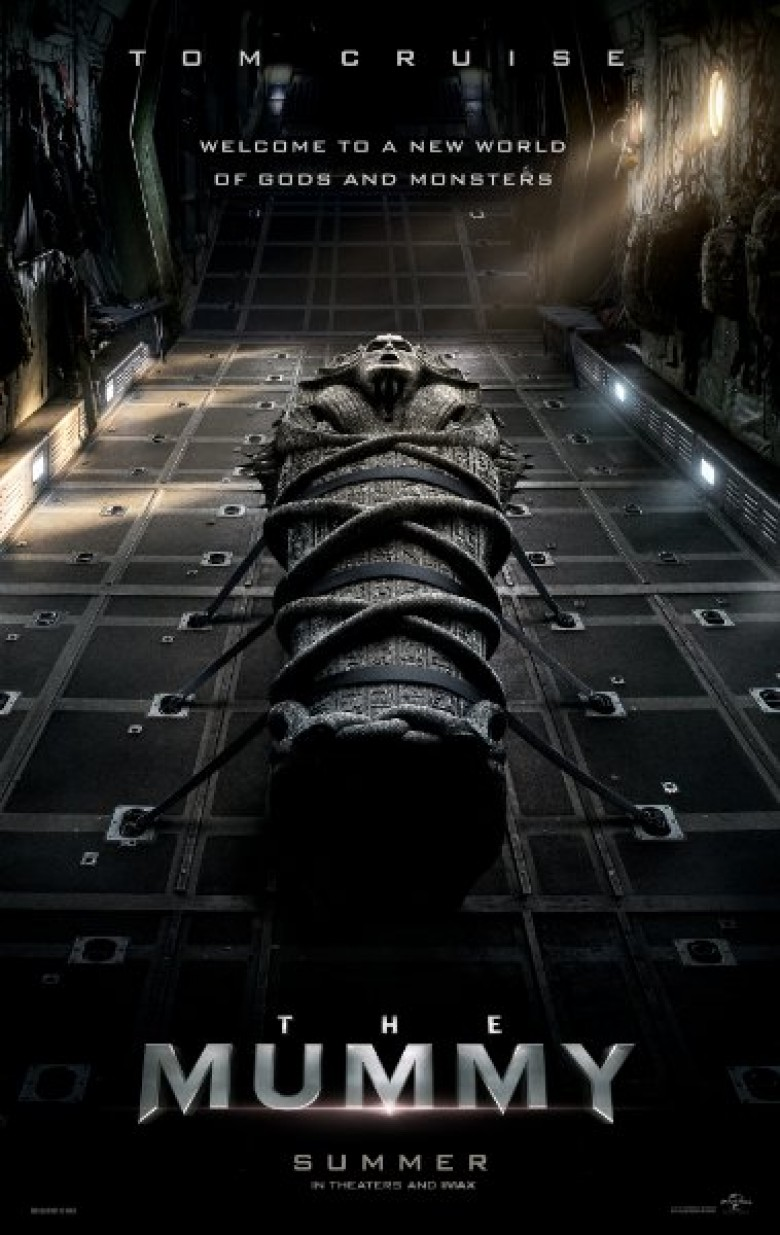 “Death is a doorway and the past cannot be buried forever”

A new cinematic universe is upon us—one I’m surprised took this long to materialize. The moniker is Dark Universe and it’s composed of all the classic Universal monsters from Dracula to Frankenstein to the Creature from the Black Lagoon as shepherded by producer Alex Kurtzman. The potential is immense with twenty-first century technology providing the studio a means to really up the ante on gore and horror, the possible connections between them possessing opportunity for exciting clashes or secondary through-lines marked by drama or comedy courtesy of everyman characters (Abbott and Costello did meet a couple of these supernatural beings after all). And it begins with the iconic “Mummy” as originated by Boris Karloff, an ancient Egyptian monster transplanted to modern times in search of his love.

Kurtzman takes the directorial reigns here with a story he co-created before three different scriptwriters were brought on to flesh things out. If you’ve seen the trailers you may believe he’s embraced the notion of altering this legend to make it more relevant in a changing climate of representation. It’s now the evil princess Ahmanet (Sofia Boutella) who was entrapped by her people after a viciously bloody betrayal that saw her make a pact with Set, the God of chaos. She sought to perform a human sacrifice in order for him to inhabit a mortal body so the two could rule the world, but she was ultimately stopped, entombed, and left in a mercury bath for centuries. Now she’s back to choose another vessel for her master.

Boutella was the reason I got excited for this “fresh” take on The Mummy. If you’ve seen her in Kingsman or Star Trek Beyond, you know she’s the type of athletic actor to really inject some physicality into a role tradition has normally left lumbering and groaning in the shadows. Her Ahmanet looked to be truly terrifying via her power of mind and body, an undead creature poised to wreak havoc on the archeologist (Annabelle Wallis‘ Jenny Halsey) and military men (Tom Cruise‘s Nick Morton and Jake Johnson‘s Chris Vail) who unearthed her. I readied to watch her bring a plague upon Earth—one that helped bring her “chosen” to her feet before she and Set rained hellfire. I should have known these were merely flights of fancy.

It’s unsurprising and immensely disappointing to discover that Ahmanet is a pawn, a tool to usher in Universal’s new franchise without being afforded the three-dimensionality to exist as an entity all her own. She is a treasure: metaphorically considering she’s what Nick and Vail find during their attempt to loot jewels on a scouting mission and literally as the object of Jenny and her boss Dr. Henry Jekyll’s (Russell Crowe) hunt. She is the introductory example of horror being unleashed on this version of our world, but she’s far from the lead of her own film. Rather than delve into her journey towards rebirth and power, we’re made to care about Nick Morton’s struggle to escape her hold upon him as the specimen worthy of her God.

Don’t get me wrong: Cruise is a lot of fun in the role because he’s allowed to play an irredeemable prick that cares only for himself. He’ll sleep with women to steal clues to gold, risk his friend Vail’s life to acquire it, and without fail act through instinct to extricate himself from whatever sticky situation he finds himself whether or not the person he’s with is on the same page. The way Nick is written as a representation of man’s monstrousness to contrast the otherworldly monstrousness of Ahmanet is commendable until we recognize that Kurtzman and company aren’t about subtlety or nuance when they can simply shove the idea of mankind’s dueling nature of good and evil down our throats. Which Nick chooses becomes the films’ aim.

This is of course the most uninspired route the filmmakers could have gone. The Mummy isn’t about humanity fighting a deity-like figure of death. It’s about whether this one man has the courage to remove his head from his ass for once in his life. Ahmanet isn’t an antagonistic creature positioned to destroy everything we hold sacred. She’s the devil on Nick’s shoulder to counter Jenny’s angel on the other. The titular monster can hardly even spread her wings—the very reason you cast Boutella—because she’s in shackles for half the runtime so Jekyll can spout exposition more pertinent to the “Universe” than the current chapter. By the end I pitied Ahmanet because her love drove her. Nick’s was an afterthought shoehorned in to set-up sequels.

In this respect they’re all pawns. Ahmanet’s two-dimensionality introduces us to reality’s unmoving underbelly of carnage; Nick’s shallowness provides a vessel for the film to make unsympathetic in hopes of earning our sympathy thanks to a rushed form of complexity that should have been reserved for Ahmanet; Jenny is the device that places Nick on his path with a few glimpses of headstrong independence before ultimately devolving into an unimportant love interest with line, “I do care about you”; and Vail is comic relief that feels more out-of-place as the movie progresses considering the action sequences play with the utmost severity. The only character with intrigue is Crowe’s Jekyll, but he too is merely here to ensure we know he’ll probably be the Dark Universe’s constant.

So we sit through 100-minutes of a story barely scratching any surface provided. Will Cruise’s Nick choose love and good or embrace power and evil? We hope for one because it would render the film one thousand times more unexpected while giving Ahmanet purpose, but receive the other because Hollywood. Boutella becomes this specter of evil who is personally haunting only one man—one non-heroic man with the generic opportunity to become heroic thanks to the love of a woman—rather than a cool villain with autonomy. The film is therefore a boring slog from one set piece of spiders to another of rats all while Ahmanet screams and Nick runs towards a wholly anticlimactic finale delivering exactly what evil covets in the name of good. Say what?

Who doesn’t want to watch another redundantly bland, would-be hero made from an irredeemable man inexplicably redeemed because he thinks a woman is sexy enough to move his soul from penis to heart? In a world where Wonder Woman just shattered records a week ago, I’m hoping the answer is not many. But this is what happens in an industry yet to understand inclusion that’s too quick to blame all failures on a critical aggregation site instead of its own shortsightedness. Making your “Mummy” a woman only to sexualize her and render her impotent so your male lead can reach his unapparent potential isn’t progress. And when it’s all revealed as red herring to provide an origin tale for a male “Mummy” moving forward, it’s inexcusable.