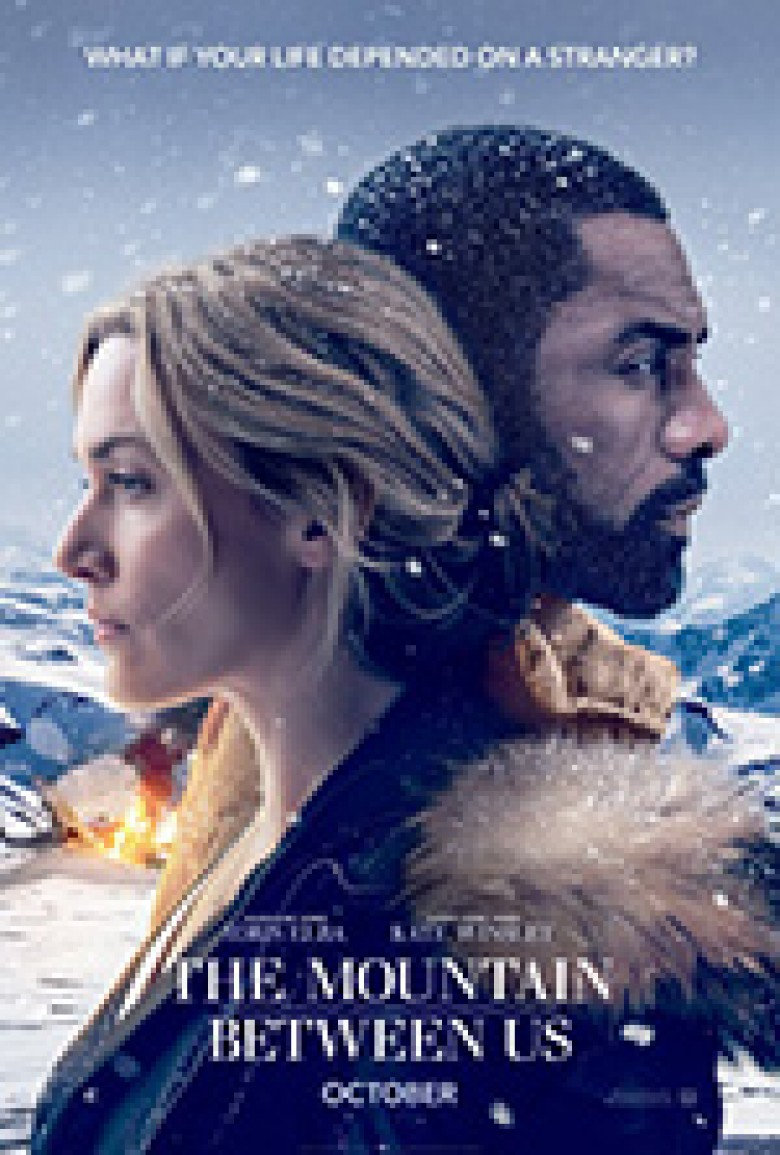 Love is a powerful force. Surviving sub-zero temperatures without any food powerful, though? Is love that strong? My instinct automatically says no, but author Charles Martin may be working to prove that my gut simply isn’t as on point as those of his would-be survivors Alex Martin (Kate Winslet) and Dr. Ben Bass (Idris Elba). He’s going to try and roll the dice in such a way that empathy and selflessness shine above blind luck for no other purpose than his story needs it to feign intrigue. For some reason he doesn’t think braving the elements after a plane crash with long odds is enough of a draw. Audiences need opportunistic romance too. After all, what’s the point of living without love? What’s a little sex between saviors?

It’s apparently everything as the skin on skin body warmth in The Mountain Between Us has director Hany Abu-Assad conjuring visual flashbacks of smiles we aren’t far enough removed from to warrant a reminder. Let’s be honest: even without critics coining the genre “disaster romance,” anyone watching the trailer knows love is in the air despite how out of place it is in this survival situation. But maybe I shouldn’t talk. I don’t look like Idris Elba and I’ve never been stranded miles from civilization with a stranger who looks like Kate Winslet—sexual tension born from lust bridging the emotional chasm separating us via her over-sharing about a fiancé and my buttoned-up refusal to talk about my wife. What happens on the mountain stays on the mountain.

I knew going in that this “forbidden” romance would shoe-horn itself in, but I held out hope that screenwriters J. Mills Goodloe and Chris Weitz would ignite it from more than a lack of choices. Audience members will dismiss my opinion that Ben and Alex’s love is based purely on proximity as jaded, but I don’t think they could change my mind with anything that was presented on screen. It’s all so coincidental and lazy, right down to their occupations: he's a doctor with the skills to help her when injured and she's a war zone photographer with the ability to immortalize their pain and hope. When one is about to be eaten by a mountain lion the other is surviving a fall down a cliff. When death looms, shelter is found.

The film is simply a string of excruciatingly slow lulls and laughably intense thrills. It doesn’t start that way, though. I actually liked the crisscross of Ben and Alex as they learn planes are grounded. I liked the awkward disconnect of their partnership out of necessity pretending to be anything close to resembling friendship. And the actual excursion through the air on Beau Bridges‘ plane is exhilarating. From takeoff to crash landing, Abu-Assad portrays everything as though it was a single long-take. The camera swoops in and out among the three characters (and the pilot’s dog), turning around when focus switches from front to back. We watch the turbulence increase and the unfortunate circumstances leading to the wreck unfold in real time. Fate is often cruel, but it’s also kind.

This is probably why things unravel so quickly. The kindness afforded by “God” will give your eyes a workout from the amount of rolling they will do. It could be a product of the duo always being in the right place at the right time (to bond, not be saved). It could be the perfectly catered background ofeach that allows an affair to even be possible—his tight-lipped response to queries about his wife forcing us to know she has left him, and her missing her impending nuptials ensuring we remember she isn’t actually married. Convenience becomes a rule rather than the exception straight down to health issues making them feel stronger about the other than they’ve ever felt before. Do we therefore hope for survival or orgasm?

I ask this without a shred of sarcasm because I truthfully wasn’t sure. Without stakes thanks to Alex always being injured so Ben can be there to make things better, you start ignoring the situation. Who cares that they have nowhere to go? Who cares that they have no food? It’s inconsequential because they haven’t kissed. Suddenly we realize the premise itself is a MacGuffin for unearned love. And the way that the story amps up the “will she survive” or “will he survive” drama to soap opera levels of cliffhanger always rendered moot by the sheer lack of time to really make us worry only colors the whole as silly. We don’t react to closed eyelids with fear because we assume they’ll soon flutter back open.

So take the word “disaster” out of your trendy “disaster romance” label because this isn’t a disaster film at all. The one thing it has going for it is that it becomes a tool to thaw hearts and lead them astray (or prove they’ve been astray and need readjustment). The Mountain Between Us instead ends up being a checkout aisle paperback love story wherein hunger and frostbite prove no match for horny, pretty people using a heightened sense of psychological attachment as justification for physically amorous relations. It could have been drawn authentically by letting it be the last ditch survival effort of two people with nothing to lose, but the filmmakers can’t let their audience down with such a utilitarian outlook. They think giving this false spark credence is the better option.

These guys even make us believe things will go in a pragmatic direction before embracing that path towards hollow and trite star-crossed love. You could say the whole is one warped depiction of Stockholm syndrome, the romance a complete fabrication. Now there’s a film I’d like to see—one with harrowing ramifications steeped in PTSD. The suffering endured in this type of ordeal and the marks left on the souls of those who make it out alive are necessary for success. I don’t want to see the tragedy reduced to a meet-cute with one night of great sex “saving” them spiritually. These two are so unflappable throughout that I wouldn’t have been surprised to learn one sabotaged the flight just to get in the other’s pants.