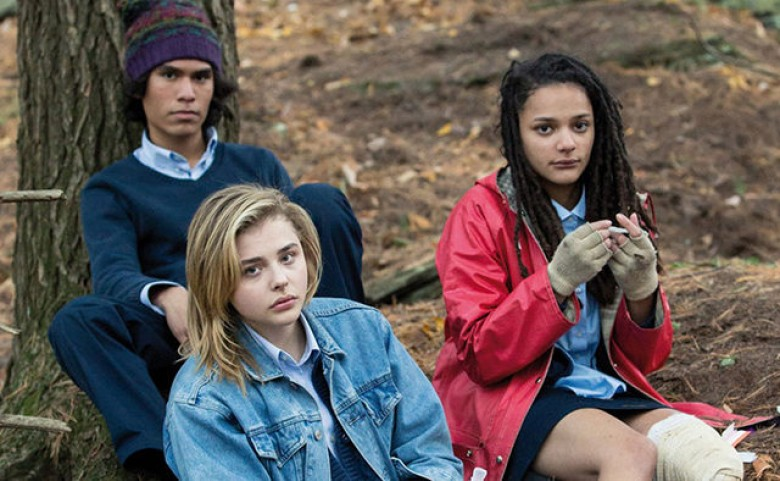 “There’s no hiding from God”

“Separation of church and state” has always fascinated me since the only consistency within is the ability to pick and choose when and how it’s enforced. We’re the “land of the free” and therefore shouldn’t impose certain laws and safeties upon religious communities trying to practice their faith. But when a political power finds utility in prejudice and animosity against one religion to turn its own into the very platform on which it runs, that’s okay. It’s funny too that these scenarios deal directly with Christianity, a faith ruled by hypocritical thought, greed, and superiority for centuries. They say the government should let bakers discriminate against gays on religious grounds while demanding Muslim women remove hijabs for a driver’s license photo. How do they reconcile the incongruity? Hate.

Actually, hate isn’t the right word. Fear is better. It’s interesting too because they don’t necessarily fear “the other” as much as what they may lose. Christian charity therefore only extends as far as their power allows without losing the foothold they’ve so violently sought to protect. Inclusion is therefore a right only of the flock, the “saved” only those agreeing to Biblical “rules” forever misinterpreted to retain power and justify bigotry. This is why people can believe they’re allies of the LGBTQ community while also vehemently fighting against same sex marriage. They twist themselves into knots feigning sainthood from afar while tirelessly working to remove them from institutions they believe are sacredly theirs. Equality would ultimately mean they could no longer hide their revulsion behind religion’s mask.

It’s that duplicity that Desiree Akhavan gets at within her latest film The Miseducation of Cameron Post. Adapted alongside Cecilia Frugiuele from Emily M. Danforth‘s debut novel, Akhavan brings us inside the emotional suffering that occurs at the behest of theology. Rather than love all God’s children, conservative Christians generally supply their love only to those willing to conform. And they do so with the delusion that they were sent by God on this mission—that their systemic torture of their own flesh and blood is justified because it’s easier to blame “unknown variables” on Satan than open hearts to experience life outside their insular bubble. They’ve been indoctrinated by zealots who do so involuntarily with every breath, fear’s insidious hold on religion suddenly necessary for its survival.

So when Cameron’s (Chloë Grace Moretz) relationship with best friend Coley (Quinn Shephard) evolves with mutual consent to one of sexual desire, her guardian (Kerry Butler‘s Ruth) decides to help by sending her to a re-education camp. It seems so simple and easy to do because those forcing this upon her have no idea about the psychological trauma she’s experiencing. Cameron is at once outed, vilified, and pandered to as though her desires aren’t hers at all. She’s made to sign away her permission because what other choice does she have? Ruth feels comfort knowing this will put her ward (Cameron’s parents died when she was young) back on a holy path. But we know the truth. Ruth is desperate not to become a pariah by association.

The film proves a memorable mix of subversive humor a la Saved! and the weighty drama of a Short Term 12. We become as exasperated about this whirlwind of events as Cameron, her transition from prom night to a church-sanctioned prison occurring in the blink of an eye. Cue the gaslighting from camp director Dr. Lydia Marsh (Jennifer Ehle) and her counselors/educators Rick (John Gallagher Jr.) and Bethany (Marin Ireland). We meet the brainwashed disciples who have begun to believe the work they’re doing is needed for salvation (Emily Skeggs‘ Erin), those master manipulators biding time (Sasha Lane‘s Jane and Forrest Goodluck‘s Adam), and the truly tragic souls caught in-between (Owen Campbell‘s Mark). The desperation underlining every action becomes a terrifying precursor for horror to come.

At one point Cameron asks out loud if what’s happening here is actually good. How could she not considering the place she comes from? Jane and Adam can look upon their plight with open eyes because they weren’t always under the thumb of Christian thought. Changes in their parent’s lives pushed them here after enjoying the freedom to be themselves beforehand. Cameron didn’t have that luxury. Maybe she would have if her parents were still alive, but being in Ruth’s house and a part of the conservative community where it resides made certain of the opposite. We don’t yet understand how broken things are back home until later, only that it’s difficult to see so many people there believing this is necessary without wondering about its merits too.

This is the inherent evil to what’s happening, this notion that otherwise kind and trustworthy figures of authority could willfully seek to expunge a child’s identity via self-hate. And what expertise do they have besides the government-subsidized ability to practice religiously approved hate speech and rhetoric? None. You cannot be qualified to disseminate a lie. You can’t build a new institution built on that lie in order to abuse members held against their will. This stuff is empirically impossible and yet our country allows it to happen because its hands are tied. Agents can come in and ask for proof of misconduct, but little if any can be supplied. They can question methods, not mission. And they’ll continue approving this insanity because we’re too afraid to stop it.

All this is in the background, driving these kids forward. It keeps them in limbo as far as what they want and what they think they should want. Cameron is therefore the perfect entry point into this world as someone who can see both sides of the equation and know what’s ultimately right while sympathizing with those who don’t. One of the most poignant moments of the film is shared between her and Rick, a moment wherein the lies can no longer satisfactorily justify the means. We don’t know what will come of this realization, only the pain and confusion within it. Akhavan isn’t trying to supply answers—just present the hypocrisy to let us find our own. Sometimes the institutions we lean on most are irrevocably flawed.