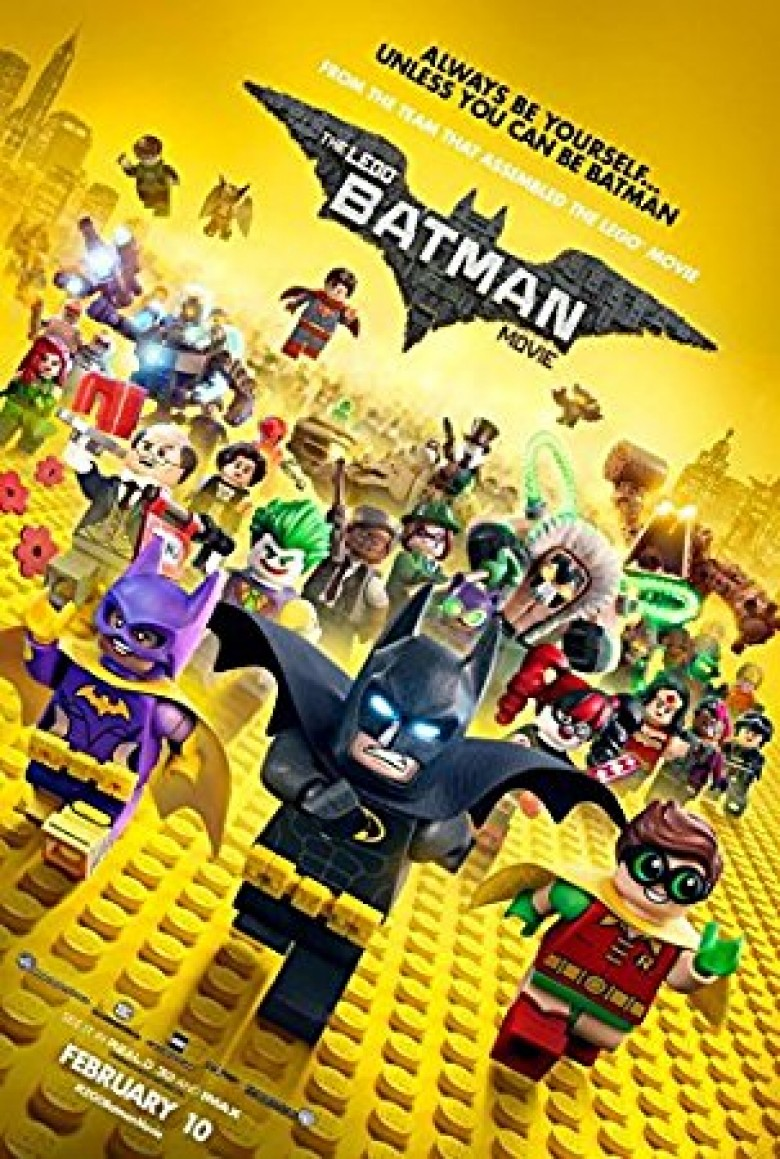 It was always going to be an uphill battle. The success of The LEGO Movie was so surprising and legitimate that a sequel was going to have to work five times harder to match it. So maybe pushing the follow-up off to focus on a spin-off was the way to go. Expectations would be lowered, Will Arnett‘s Batman was a fan favorite to carry the weight, and you wouldn’t necessarily be beholden to the previous installment’s plot or ingenious use of human omniscience. Screenwriter Seth Grahame-Smith could focus on making a Batman movie within an imaginatively rich world—transforming a specific property into something else like the man behind Pride and Prejudice and Zombies has shown aptitude for. The result proves frenetic, exhausting, and forgettable, but also fun nonetheless.

Led by director Chris McKay—owner of “Moral Orel” and “Robot Chicken” credits before supervising the animation of The LEGO Movie while directors Phil Lord and Christopher Miller filmed 22 Jump Street—The LEGO Batman Movie ultimately buckles under its own conceit. While going through two credited rewrites (first from Spider-Man: Homecoming scribes Chris McKenna and Erik Sommers and second by Jared Stern and John Whittington) couldn’t have helped matters, no one cracked the nut of Batman as loner without friends only being funny as a gag. You cannot sustain 90-minutes on a one-note joke regardless of its purpose to provide an admittedly authentic trajectory towards finding family in unlikely places. The repetition drawing things out may let youngsters latch on for understanding, but it’s excruciating for adults.

This movie is ostensibly formed around the notion that Batman fears relationships due to the pain he endured when his parents died. The ego this fuels was wonderful as a periphery player in the original movie, but it proves tedious when thrust into the spotlight here. I don’t blame this on the character design or Arnett’s performance, however. I blame the filmmakers’ inability to find a successful vehicle with which to showcase them. They start off nicely with a large-scale villain circus starring Zach Galifianakis‘ Joker and a slew of C-list cronies whose names and appearances deliver worthy guffaws. It’s explosive, exciting, and mind-numbingly action-packed in the greatest way. Seguing to Batman’s self-imposed exile is also perfect, his isolation’s silence deafens. Unfortunately, it does for far too long.

The film’s middle third becomes bogged down by exposition and a misguided desire to retain this silence as a thematic detail. I could be wrong, but at least twenty minutes go by without one note of score. There’s dialogue and the occasional song, but every pause in between is a vacuum sucking all life from the scene. We receive a few hilarious “Family Guy”-esque moments of extra-prolonged discomfort and than a few more subsequently falling flatter as the film progresses. The filmmakers must introduce Dick Grayson (Michael Cera), the concept of the Phantom Zone, the idea that new commissioner Barbara Gordon (Rosario Dawson) is a badass inside the law seeking Batman’s help, and the Joker’s desire for Batman to acknowledge how intertwined their lives are. It’s a lot.

It’s made more tedious by the filmmakers adhering to the “bigger is better” formula for sequels/spin-offs/reboots. Beyond the Batman villains are Sauron, the Wicked Witch, King Kong, and many more. Suddenly plot is pushed aside so all these disparate characters can get at least one good laugh in to justify their inclusion (and the assumed monetary kickback to their rights’ holder). But rather than add irreverence and chaos, their shoe-horned inclusion feels more like the writers knew their satire of Batman himself couldn’t sustain the runtime. So they created distractions instead. Sometimes this maneuver pays dividends (Eddie Izzard‘s Voldemort’s magic enhances many battles), but more often highlights the number of cooks in the kitchen and reality that the major character evolution barely warrants thirty minutes to hit completion.

There’s one thing that could have saved this for me and I don’t think it’s a spoiler to admit it never arrives. Ellie Kemper plays a scanner named Phyllis who gauges the level of “evilness” in characters. She states she has a “boss.” It’s a throwaway line that got me excited because I thought it foreshadowed our transition to the real world a la The LEGO Movie to meet the inventive mind bringing so many pop culture icons into one world. But we don’t meet this omniscient force or escape “her” version of Gotham City despite the original film making a point to tell us nothing onscreen is real. This was a huge mistake because it renders everything random for random sake and more boring for the trouble.

It isn’t irredeemable, though. I’d still say I had enough fun to give it a second view sometime in the future. The animation is just as detailed in its tactility of plastic, the inventive ways of “master building” and action choreography a joy to watch. Having characters make their own sound effects is a hoot, (whether guns shooting with a “pew, pew” or Robin’s pants tearing off with an audible “rip!”), and the constant homage to Batman’s iconic history on big screen, little screen, and beyond is done with humor and respect. Cera and Arnett’s chemistry is wonderfully awkward in their miscommunications and Ralph Fiennes‘ Alfred is sassy and authoritative to combat Batman’s childish tantrums. Even the plot point of allowing the Joker to be “family” is inspired.

But other than that it’s a mess. Fans of “Family Guy” and “Robot Chicken” will have fun and kids should enjoy the non-stop motion; I simply cannot ignore the record scratch boredom of the middle or its onslaught of characters barely registering besides fleeting memory. So much was made about Billy Dee Williams playing Two-Face, but he doesn’t utter a word. Doug Benson‘s Tom Hardy impression as Bane is fun, but it’s an exception proving the rule of too much happening to care. The Joker and Robin do break some monotony, but they also reinforce the thematic repetition of Batman opening his heart to also add to it. Enough is thankfully thrown at us to stick a few gems, but LEGO Movie‘s overall intuitive screenwriting is glaringly absent.