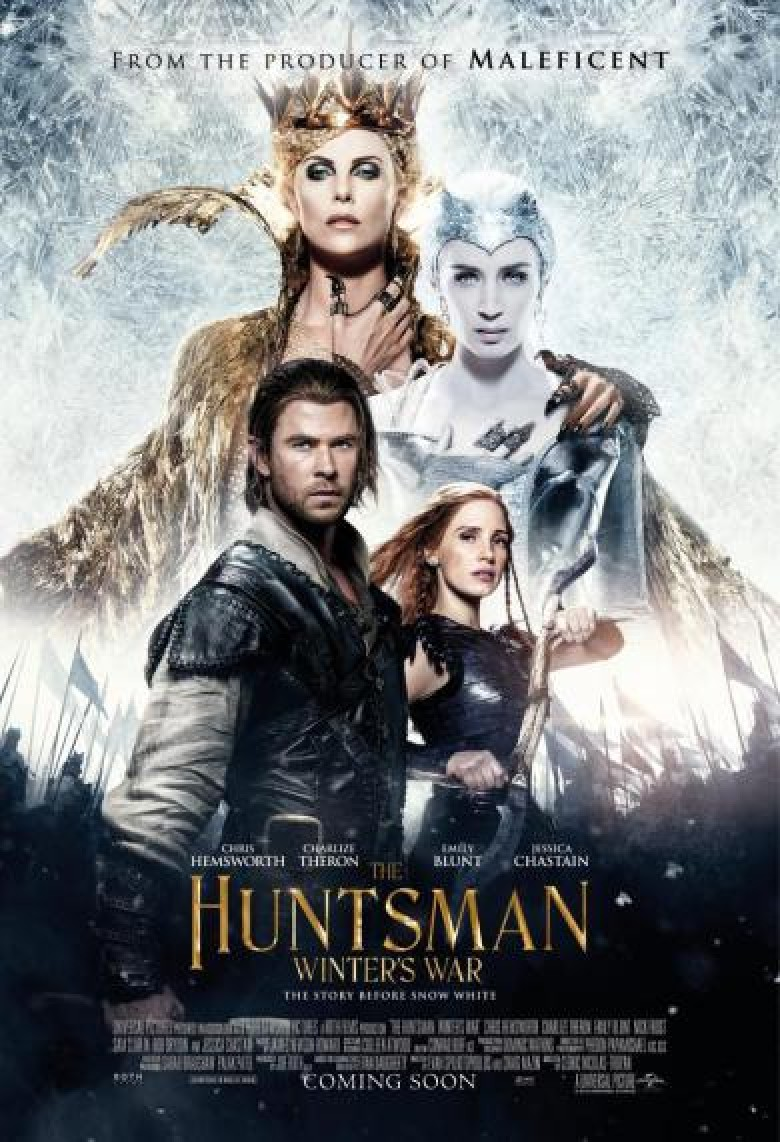 They tricked me. Yes, the deflective, vague, and completely false marketing campaign had me believing—no matter how slim the chances were considering my lack of feeling anything for Snow White and the Huntsman—that The Huntsman: Winter’s War had something special under its sleeves. It did away with the least interesting character of the first movie (thank you Kristen Stewart/Rupert Sanders sex scandal), decided to go prequel on us with the Huntsman’s back story (Eric is his name), and it would be directed by the original’s visual effects supervisor Cedric Nicolas-Troyan (the saving grace of its mediocrity). So what if Evan Spiliotopoulos and Craig Mazin were three years late on the onlySnow Queen usurpation (Frozen, anyone?). I readied to choose sides: Ravenna’s evil vs. Freya’s hope.

Wait. That’s not the plot? The logline of it being a prequel was misdirection and the bulk of the action occurs seven years after Snow White took the crown? Why? What’s the studio looking to accomplish by lying? Don’t say it’s to protect a “surprise” either since the film doesn’t try to hide anything or provide any real twists—the marketing alone pushes this charade. The only thing my mind can conjure as a legitimate (albeit sad) reason is the studio’s desire to ensure fans of Charlize Theron‘s wickedly vile performance buy tickets. If you pitch it as a prequel wherein her Ravenna isn’t dead, thoughts of a massive war to end all magic wars manifest. Sorry to burst your bubble folks. Theron is but a glorified cameo.

Ravenna’s an afterthought so never-mentioned before sister Freya (Emily Blunt)—the once kind-hearted, hopeless romantic turned ice cold cruel and dispassionate—can take center stage as the bad big. Yes, magic is again evil and Eric the brawny widower (Chris Hemsworth) is Snow White’s kingdom’s man of the hour to save it from falling under her power thanks to the stolen Magic Mirror. Snow White, you say? But isn’t Kristen Stewart persona non grata in this Universal-backed reimagining of two classic tales for children to embrace hope in love conquering all sentiment turned bloody, dark, and violent? Thankfully an extra can be filmed from behind, a Stewart scream recycled, and Sam Claflin re-hired as King William to set things in motion with two minutes of work.

Eric isn’t totally alone, though. He has help from one of the seven dwarves (Nick Frost‘s Nion) and his half-brother Gryff (Rob Brydon). If two pint-size helpers aren’t enough, add on female dwarves (Could love be in the air at every turn to choke your throat closed?) Bromwyn (Sheridan Smith) and Doreena (Alexandra Roach). Still not enough firepower, you say? Throw in Jessica Chastain‘s Sara for free—a warrior of whom we watch learn how to fight and fight well unlike the pacifist Snow White who inexplicable commands an army after saying she doesn’t have it in her to kill. Does that name Sara sound familiar? It should because she is Eric’s dead wife. We even see her die in the expository, prequel segment at the beginning. What?!

So to recap we have budget dwarves (RIP Bob Hoskins) instilling comic relief rather than ingenuity, a villain as reprehensible as Ravenna except shrouded with a different color palette, and true love trying its damnedest to worm its way in. The Huntsmen are ruled over by Freya so we do get some rough and tumble fights courtesy of Eric and Sara mowing down the competition they excelled above during training too. Our heroes even battle Lord of the Rings orc-like goblins with gold covered horns and fists (fused armor)—or I should say one goblin since a lengthy exchange with more would have tapped out the budget. And it’s all for the filmmakers to eventually admit Freya isn’t badass enough. Time to tag in Ravenna, guys.

I’m angry. That’s literally the only emotion I can put on paper because I have no clue what the purpose of this film is. What a waste of talent. Troyan is in control of the ship and besides ice walls rising out of nothingness or a couple frozen enemies initially shattering into pieces (don’t worry kids, all the frozen characters post-jump to sequel-ville remain intact in the hopes they may one-day be thawed for happily-ever-afters), the only awe-inspiring CG comes with fifteen minutes left in the game courtesy of Theron’s done-with-life maliciousness. Gold-plated and owner of as many black obsidian scorpion stingers as she wants, Ravenna’s ready to burn the whole kingdom down. If only this over-the-top crazy could have broken the tedium an hour earlier.

Instead we’re given a film marginally shorter than its predecessor that feels twice as long. Hemsworth’s Huntsman is suddenly a ham despite being dour during Snow White and the over-long prologue delivering Freya’s rise to power in a kingdom far enough away to have never heard of it before. (Why would Ravenna mention an evil sorcerous sister when she had her inept Muggle of a brother Finn by her side?) Some effects are cool—the man of flowing robes exiting the mirror still reigns supreme—and the action’s brisk if convoluted, but what of entertainment? Frost and his dwarf buddies’ sexual innuendoes don’t count. I have no idea who the target audience is and I’m flabbergasted the studio thinks alluding to another sequel no one wants is plausible.