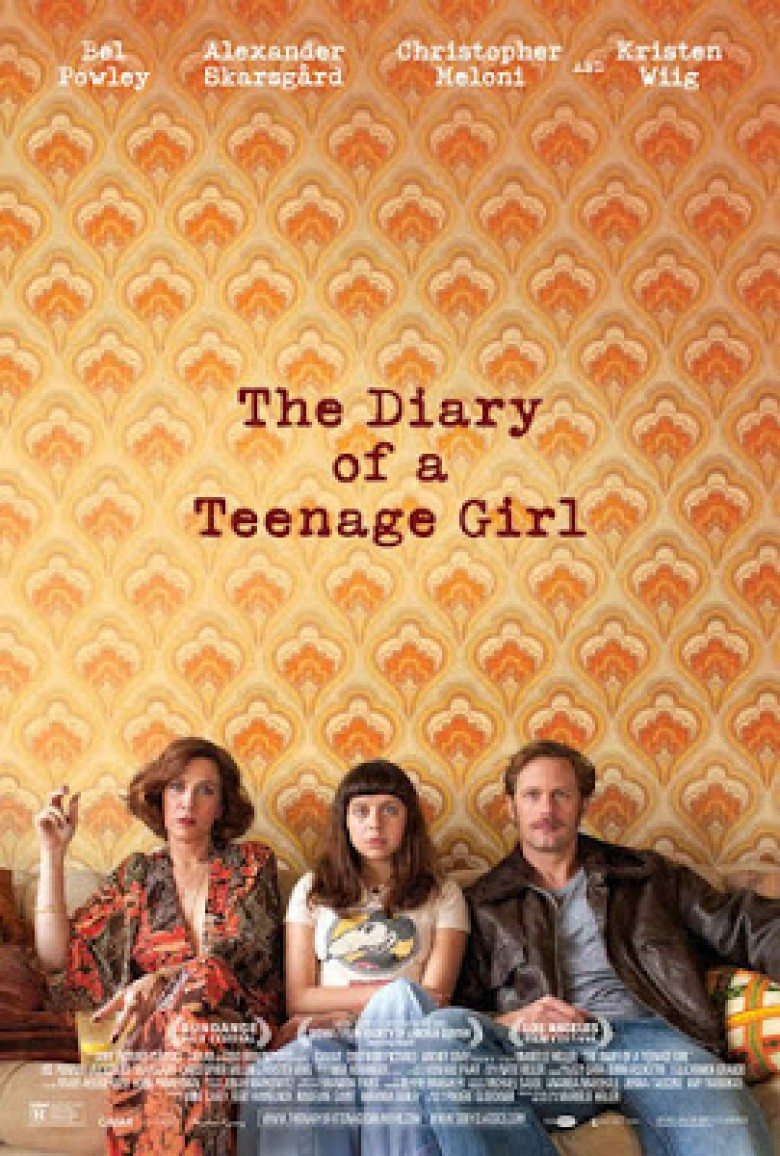 “And now the making of a harlot”

You don’t realize what might be missing from a film until it’s staring you in the face elsewhere. I love The Perks of Being a Wallflower for its universality, authentic emotions, and resonance, but there was something absent I could only see while watching Marielle Heller‘s adaptation of Phoebe Gloeckner‘s graphic novel The Diary of a Teenage Girl. To say it is honesty would be a disservice to Perksbecause Stephen Chbosky‘s fictional memoir is honest as far as the subject matter and era he depicts. Because Diary is set in the 70s amongst a freer period of sex and drugs, the content proves weightier with more adult-like stakes. That may seem dismissive to the threat of teenage depression Chbosky showcases, but I don’t intend it as such. Diary is simply more candid, dangerous, and unapologetically messy in the best way.

The story of Minnie’s sexual enlightenment (Bel Powley) isn’t the normal fifteen-year old girl’s journey, but it possesses normal feelings, failings, and fantasies. You don’t need to be the victim of a statutory rape relationship with your mother’s boyfriend to understand the emotions underlying what becomes the depiction of a teen lost in a hormone-fueled melancholy of loneliness. Mom (Kristen Wiig‘s Charlotte) is too busy reigniting her youthful vigor post-divorce number two to be more than her daughter’s “cool friend”. Sister Gretel (Abby Wait) is too young to provide anything but a sanctimonious know-it-all conscience for Minnie to ignore. So when the only person willing to share affection is the handsome yet easily manipulative Monroe (Alexander Skarsgård), she’s going to dream big and take what she desires regardless of whether her maturity can handle it.

What’s great about the story is that she can handle most of it. The interior monologue intellectualizing of her evolving confidence, self-esteem, and sexuality via a tape recorder gets at the heart of Minnie and a generation growing up in the midst of revolution. For her to watch her mother willingly engage in drug use and an open relationship is to see permission. For Charlotte to try and get her daughter to be sexier because “her body will only last so long” is to throw her to the wolves and condone the cold, clinical dynamic that’s been built between them since her stepfather Pascal (Christopher Meloni) openly questioned whether their want for mutual affection was perhaps unhealthy. Minnie yearns to be touched and held close—to feel safe and wanted. Monroe supplies both, but a whole lot more too.

Lines are crossed throughout the material and easy answers are nowhere to be seen. This isn’t your usual coming-of-age tale with sunny dispositions and squeaky-clean outlooks—it is the harsh reality of love’s pain, lust’s desire, and the fine line between what’s right and what feels good. Whether or not Minnie is the catalyst of the inappropriate union between she and Monroe is a moot point when looking at the facts of his being an adult who should know better. But the film is also not a vilification of pedophiles or a man-hating feminist manifesto. It’s not spoiling anything to say that the police never get involved. The relationship is based on romance, not exploitation. Both sides use the other for pleasure and we receive the uncensored impressions of that: the good, the bad, and the confusing.

Gloeckner and Heller are less interested in the taboo of mother and daughter sleeping with the same man than its sexual experience affecting a teenager wrestling with dueling worlds. It’s about Minnie traversing the massive void between her ideal of adulthood coexisting with a man seasoned at lovemaking and the teenage forum populated by boys who want sex yet fear its power beyond sensory excitement. It’s about her newfound cravings unsatisfied by the necessity to share Monroe leading her into increased promiscuity with best friend Kimmie (Madeleine Waters). It’s about the brave face Minnie provides the world and mirror that we almost believe too before the bottom drops out. The devastation that the truth of her warped situation holds is heartbreaking. Consequences only seem small and far away until the emotional scarring rises to destroy you.

Boy do they destroy Minnie. But they also allow rebirth. I don’t want to say her actions are a cry for help, but that aspect of what’s happening culminates in a fantastic series of scenes between Powley and Wiig that show just how good their performances are. There’s infectious humor to both, but underneath lays a dark sense of insecurity in themselves that must be overcome before they can become the person the other needs. Minnie goes through so many adolescent and adult transformations/stages during the runtime of this film, but none come across as false. Her escalating drive for the dangerous and illegal with Kimmie, befriending the sexy yet damaged Tabatha (Margarita Levieva), scaring young jock Ricky Wasserman (Austin Lyon) with her intensity, and her co-dependent journey with Monroe all come from a place of natural progression.

The gorgeous 70s aesthetic only helps this authenticity with a hazy soft focus transporting us back to its decade of bell-bottoms and berets. This coupled with its fearless pushing of R-rated boundaries for a raw depiction of teen life make Diary of a Teenage Girl a crucial look at female sexuality and an eye-opening expression of what girls go through that boys don’t simply as a result of our patriarchal culture. Slut-shaming, body-shaming, men taking advantage of women: it’s all included. Minnie is sometimes the victim and sometimes deftly aware of each in order to use them to her advantage. And at the core of everything is a display of humanity that refuses to be extinguished. Every one of us wants to be loved and oftentimes it’s by someone we implicitly assume already provides it but in reality doesn’t.