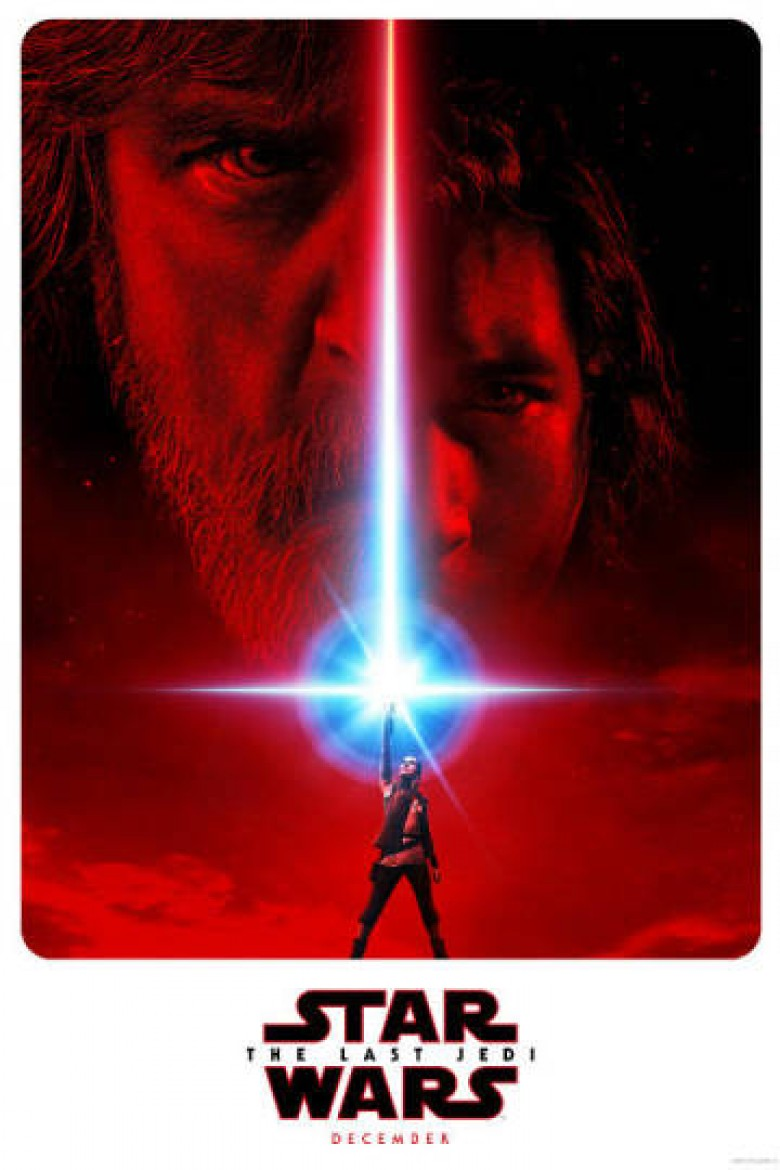 “No one is ever really gone”

If you ever saw a kids show during the Aughts you’ll be familiar with the educational tactic of repeating a message over and over again throughout an episode before repeating that episode each day of the entire week. This was a huge component of “Blue’s Clues” because it was proven to work. There’s no better way to ingrain a theme than by hammering it in until the viewer can no longer ignore it if he/she tried. But while this is an appropriate technique for children with short attention spans not yet versed in the art of nuance, the practice can be excruciating for any older siblings or parents made to sit and endure it too. That’s unfortunately the feeling I had while watching Star Wars: The Last Jedi.

While this statement sounds damning, however, I enjoyed Rian Johnson‘s latest entry to George Lucas‘ Skywalker Saga nonetheless. My issue is that it still finds the need to beat us over the head with the same emotional arcs we’ve experienced throughout two other trilogies despite being the eighth installment: the internal battle between light and dark. When will we be able to watch characters exist in this world as already drawn? Why can’t we escape the repetitive excess and build something that acknowledges what it possesses without constantly reminding us as though anyone is using this specific Star Wars movie as his/her introduction to the franchise? I love that Johnson accepts the challenge of a ton of moving parts, but every character’s trajectory is more or less identical.

So even though the dude two seats over from me sounded like he was peeing his pants in excitement every time something “awesome” occurred, what was the purpose of those awesome things? I wish it was merely to be awesome—and some moments are (I’m looking at you bad ass, tenuous allegiance lightsaber fight). But they aren’t. They are instead a means to teach a lesson, as they should. But while it used to be just Luke (Mark Hamill), Leia (Carrie Fisher), and Han (Harrison Ford) doing the learning or just Anakin, Padmé, and Ben Kenobi or just Rey (Daisy Ridley), Finn (John Boyega), and Kylo Ren (Adam Driver) in The Force Awakens, everyone is attending class this time around. And the mirroring involved can be quite tedious.

Because here’s the thing: The Last Jedi is a bridge between beginning and end in a way that Empire Strikes Back wasn’t. It is quite literally the manifestation of moving pieces on the board to take them one step further than where they were. And that’s okay. I don’t have a problem with that. We need to know what happens to the Rebellion now that the Republic has been destroyed. We need to know what Supreme Leader Snoke (Andy Serkis) will do to crush them with his apprentice Ren and General Hux (Domhnall Gleeson). We need to know if Rey’s power will be enough to bring Luke out of exile and help the cause. But while the content of these story threads is dark, the execution feels like “Blue’s Clues”.

Rey is on a mission to discover who she is in the grand scheme of all things “Force.” Kylo Ren is too and they are psychically connected to do exactly that. Finn is on a quest to find the courage every hero needs to keep going with hope rather than despair. Poe Dameron (Oscar Isaac) is too, only conversely because he must find the caution to stop fueling his heroism with hubris rather than guts. Luke is forced into making a decision that will necessitate owning his failures and confronting his fears to teach Rey what she needs to know through a grouchy grimace just as Leia does the same to Poe with a knowing smile. It was all so obvious and convenient in its efficacious bluntness.

Thankfully Johnson is a master at supporting roles because he complements these six leads with a humorous bunch of misfits, rogues, and martyrs. He’s so good at them that I can only wonder what The Last Jedi might have been with Finn and Poe taking a backseat (like how the latter was absent for three-quarters of The Force Awakens) so thirty minutes could be cut and the “important” stuff made tighter. Because there is a great film within what’s ultimately a good one. It has the elements needed in a Star Wars film without being little more than a virtual remake of a past chapter (cough, J.J. Abrams, cough). It subverts the crucial plot points seen in Empire perfectly. It just shows its strings way too often.

The standouts are Kelly Marie Tran‘s loyal rebel with a purpose Rose Tico as the foil to Finn’s “I’m loyal to Rey first and the rebellion second”; Benicio Del Toro‘s untrustworthy yet effective burglar DJ and his disarming stutter; and Laura Dern‘s Vice Admiral Holdo who delivers strength and regality despite her role being reduced to a teachable lesson. In some way or another all three of these characters are teachable lessons, but they entertain and/or touch our hearts along the way. It’s something I can’t say about Gwendoline Christie‘s Captain Phasma or Gleeson’s Hux, however, since they are formidable presence and sniveling sycophant respectively yet again. They’re there to gaze at and despise as two-dimensional villains much like the Porgs and crystalline wolves are there to coo.

And every single one of those characters bolsters and/or conflicts with Finn or Poe—the lesser of the leads set upon their wartime journeys of the heart and plot threads of distraction. At the end of the day, however, Johnson’s film lives or dies by Rey and Ren and that’s why I can look past the noise and call it a success. These two are phenomenal, their captivating dynamic as dueling entities of light and dark discovering their place in a world that holds both equal proves more crucial than repetitive. They are linked in a way Vader and Luke never were just as their idea of “The Force” is presented as a metaphysical/spiritual one rather than based in science. They could change allegiances and it’d feel real.

That is Johnson’s greatest achievement. No matter how righteous and evil Rey and Ren were in the last film respectively, we could feasibly believe those roles might flip or join together on one side or the other. The anger and sense of abandonment they share is etched on their faces when engaged in battle or pleading with the other to join him/her. Things are muddier this time around and it leads to memorable surprises even if only briefly before the status quo returns. Ridley and Driver are carrying this franchise on their backs whether Boyega and Isaac have their roles expanded by largely unnecessary subplots or not. Maybe that’s why I feel as I do. Rey and Ren are so good that we’re keenly aware when they’re absent.

It all leaves The Last Jedi in a precarious position of unfolding in a matter-of-fact way for children with heavier content that might very well scare them. It’s therefore just as much a piece of the family-friendly franchise Disney’s homogeneity machine spits out as it is a Rian Johnson project of singular intelligence, pathos, and wit. The latter enhances the former just as the former waters down the latter—thus is the state of cinematic universes embracing auteurism only as far as it benefits the bottom-line. Johnson epitomizes that push and pull with enthusiasm and artistry. He has put his stamp on the franchise and was rewarded with a trilogy of his own to craft. If nothing else his work here has me excited for what’s coming next.