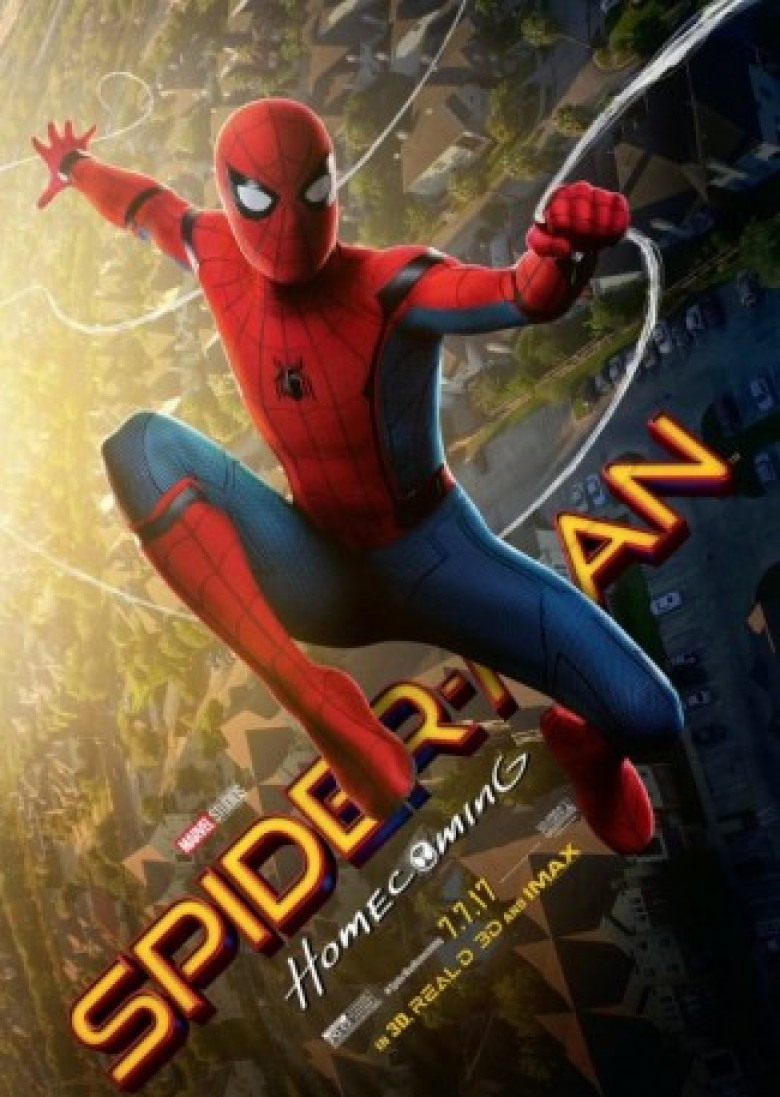 “Guy in the chair”

Here’s an unpopular opinion for you: I enjoyed The Amazing Spider-Man 2. Yes, the one with a blue Jamie Foxx. The only reason I bring it up is to say even I was dreading the proposed villain team-up spin-off and inevitable trilogy capper seemingly arriving at a place wherein Peter Parker’s parents would reveal themselves as being crucial to whatever really happened with that fateful radioactive arachnid. But that doesn’t mean I wanted another reboot. It was bad enough that Sony had already scrapped one failed attempt at a sequel (Tobey Maguire‘s potential fourth outing) to bring Andrew Garfield and a “younger” vibe onscreen. To do it twice in one decade, though? Pump the brakes, guys. You have to stick to your guns and follow through at some point. Right?

Wrong. There was another option that could feasibly get the planet psyched for another character reboot after all. Marvel could swoop in and do the impossible: find common ground to strike a deal and bring everyone’s favorite neighborhood superhero into the Avengers fold. The partnership would end up convoluted on the legal front (Disney’s Marvel Studios arm would get to make the movie while rights holder Sony financed, marketed, and reaped the profits), but it is pretty streamlined story-wise. Gone is the overwrought melodrama, the desire to jam in as many recognizable characters as possible in a single movie, and the insecurity of having nowhere to go while older brother MCU headed towards infinite heights. This revamped Spidey’s world was already built. We simply had to enter it.

The best part of this shift is how it renders exposition moot. Peter (Tom Holland) can explain the spider bite in an aside to friend and unwitting confidant Ned (Jacob Batalon). He can allude to his Uncle Ben’s death by discussing how Aunt May (Marisa Tomei) has endured too much already to be saddled with the knowledge that her nephew is a superhuman risking his life each night. These are intrinsic imperatives unnecessary for constructing a successful narrative around Peter Parker, high schooler. By introducing him in Captain America: Civil War (and showing the fanboy excitement of that encounter via first-person cellphone footage here), he’s revealed as a stable, happy young man desperate to save lives. His struggle isn’t guilt-ridden responsibility; it’s earning respect and trust through maturity.

He’s had a taste of what it feels like to use his powers with giants. He’s stolen Cap’s (Chris Evans) shield, befriended Tony Stark (Robert Downey Jr.) enough to procure a technologically advanced suit, and feels as though he’s wasting time in school learning things his over-achiever self already knows rather than hitting the streets to battle alien invaders. Spider-Man: Homecoming is therefore a title that means more than just a moment in time (his school’s dance). It’s about coming home from the height of living his wildest dreams. It’s about realizing that his powers are only as good as the confident and moral mind wielding them. Should Stark and their go-between Happy Hogan (Jon Favreau) blindly dismiss him? No. But Peter also shouldn’t ignore his obvious inexperience.

The result is a coming-of-age movie in a superhero shell. We get wild action sequences—director Jon Watts proves himself capable of generating constant excitement with visual comedy during quiet suit experimentation and intensely explosive destruction on a ferryboat, the Washington Monument, and atop a plane in mid-air with believable physics and injuries. But there’s little fatigue with this part of the film mainly because Watts and his three different pairings of screenwriters (all credited) imbue the necessary human drama to render the action secondary. They aren’t trying to pad runtime with overlong fights. Each major set piece instead arrives to teach Peter something. They naturally advance his evolution and maturation rather than distract. These catastrophes have real stakes to scar Peter and prepare him for an unknown future.

What this means is that the heavy drama created by Adrian Toomes (Michael Keaton)—a blue collar businessman who refuses to watch as the government takes jobs away from him and the employees who count on him to survive—never weighs down the otherwise jovial and charming tone Homecoming achieves. We appreciate where he comes from because his motivations are born of a resolute desire to succeed in a world that’s forced the working middle class into propping up the rich and living as they dictate. Where he goes from there is a classic devolution of power and control (with henchmen unafraid to wreak havoc), but heart remains somewhere in the background. The same heart pushes Peter to the brink of safety to make his mark.

Every Avenger has that sense of duty and honor, but Peter’s arrives through a teenage filter. This means he can still be in awe at new suit discoveries. He can bask in the insanity of what Toomes’ Vulture is doing with salvaged Chitauri technology and deliver wisecracks while in the midst of life or death situations. And he’s allowed to make mistakes like forgetting to trap bad guys before leaving a crime scene or making bad situations worse by not thinking about the consequences of his instincts. He’s a kid trying to deal with kid things: a crush on Laura Harrier‘s Liz, helping Mr. Harrington’s (Martin Starr) Academic Decathlon team, and passing Spanish. Add trying to impress Stark despite being stonewalled (with good reason) and frustration sets in.

We’re not watching a man or woman become invincible. We’re watching a kid become invincible while also becoming a man. This allows for a more youthful tone (although the PG-13 rating still stands) because high school is light years away from billionaires and scientists. An over-zealous BFF in Ned, over-the-top prep school bully who’s all talk (Tony Revolori‘s Flash), and a sardonically indifferent wallflower perpetually in the background (Zendaya‘s Michelle steals many scenes with a one-liner) all entertain and lend authenticity. They depict the pure innocence Peter has relinquished way too early. They give his Spider-Man something to fight for with personal meaning rather than merely an abstract drive to save the world. Both Peter and Toomes are grounded to this specific time and place.

And that is honestly something this universe has missed in its need to weave each chapter of each book onto a single shelf. It’s why Guardians of the Galaxy is my favorite of the franchise—its ability to be self-contained and funny while retaining that edge of over-arching danger is a welcome reprieve. That doesn’t mean Homecoming isn’t very much a product of the big picture (despite Happy being onscreen more than Stark himself), it just means that Spidey can come and go. He can help the group when called upon, but he still has a life removed from the responsibilities they have shouldered. Holland is the perfect choice to bring that duality to life with the same awkwardly endearing desire to please as Chris Pratt‘s Star-Lord.

We need more of that humor to temper the dour bleakness of each Avengers meet-up. Let guys like Starr and Hannibal Buress infuse comic gold in two-dimensional yet memorable roles. Let Tomei’s Aunt May be relatable to Peter as a woman only one generation removed rather than another over-protective adult from a different era. Watts also lets the kids have fun with Angourie Rice‘s intentionally horrible screen presence when on-camera (inside the movie) and Abraham Attah‘s impeccable timing. There’s simply so much to like outside the pyrotechnics that every Vulture encounter comes and goes in a blip. No single aspect overstays its welcome and all complement the others for an enjoyable symphony with the themes, role models, and surrogates necessary to make it the MCU’s most family-friendly installment.