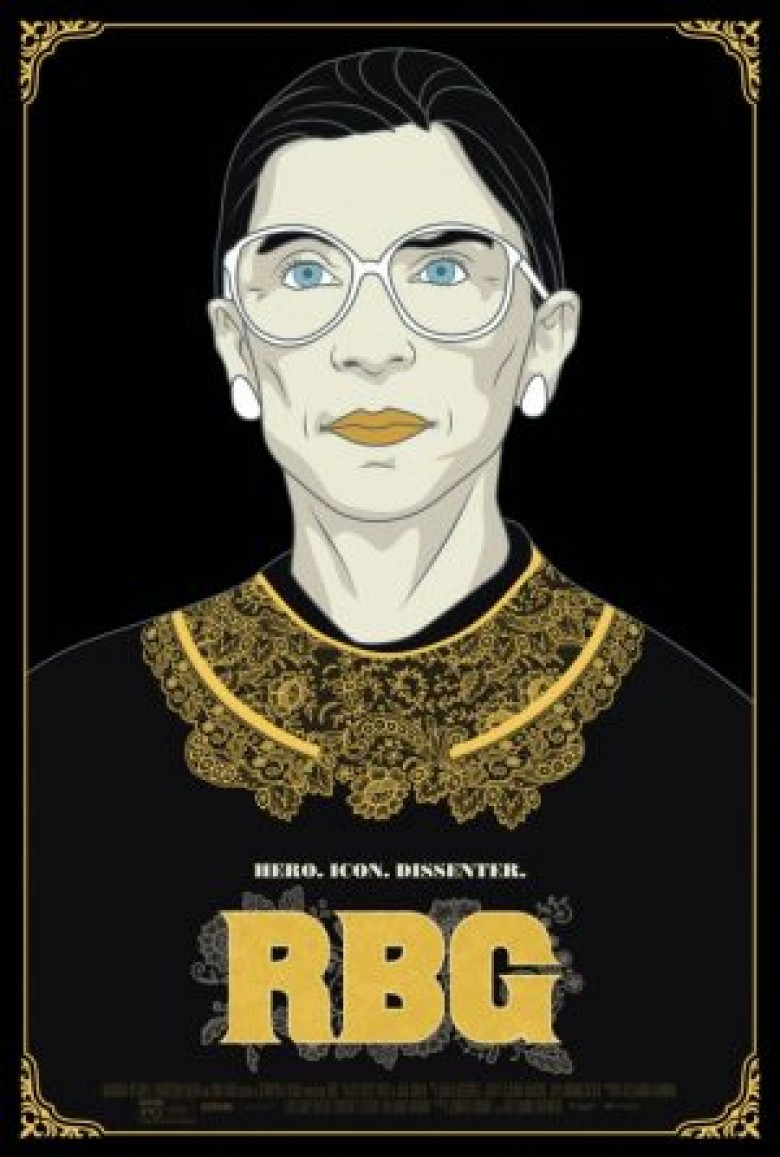 “There’s a china doll in the bullpen”

If you asked me which branch of government’s members I know least, the answer would be easy: judicial. The reason is even easier: I don’t vote for them. It’s an interesting truth because they’re the ones who are given lifetime appointments and therefore the ones who will potentially impact our country the most. But we don’t learn their political views, votes, or names in school unless those things also carry a “first” along with them. Thurgood Marshall was the first black justice, Sandra Day O’Connor the first woman. We know their names as trivia questions, the court cases they passed judgment on as buzzworthy Plaintiff v. Defendant monikers. So you take note when a meme like the “Notorious RBG” starring Ruth Bader Ginsburg arrives. You wonder what it’s all about.

Fans and haters of Ginsberg alike surely know what she stands for and what she did to ascend through the judicial ranks to her seat on the Supreme Court, but even they must have taken pause at this newfound fervor surrounding a figure as stoic and as measured as she. We’re talking rockstar levels of praise and notoriety, superhero levels of idolatry and reverence. Suddenly this “moderate” justice known for finding common ground had become the “great dissenter” in the span of two presidencies while the country’s climate and that of the bench shifted conservative. Ginsburg became a commentator talking point, a “Saturday Night Live” punch line, and a crown-wearing queen who stood as a voice for marginalized groups who found that they were being pushed farther towards the fringes.

So while Julie Cohen and Betsy West‘s documentary RBG might be extremely partisan, I don’t think anyone can deny its ability to offer people like me a CliffsNotes account of her journey. Some things are undeniably objective such as her decision to become a lawyer, her collegiate success, her work with the ACLU, and the five of six cases that she fought and won in front of an all-male Supreme Court during the 1970s. Whether or not you agree with her ideas is irrelevant when ypu are confronted by such a pristine résumé. When Orrin Hatch can come on screen and sing her praises as a worthy candidate despite his disagreements with her politics, you know the person being spoken about has earned the respect necessary to make you listen and learn.

And that’s exactly what we do. We learn about a woman known for getting only two to three hours of sleep a night while doing her job to the utmost of her ability and still finding time to maintain a healthy and happy household with husband Marty. We hear from children, grandchildren, old friends, former clerks, and the likes of Gloria Steinem and former president Bill Clinton about how great a woman she has always been despite having an occupation that most Americans would allow as an excuse for men with estranged families due to having chosen “duty” first and foremost. Hers is a story of compromise, confidence, humanity, and strength to never back away from a challenge important enough to be fought regardless of the chances for victory.

The film shows us all this via a well-constructed combination of interviews, archival footage, and graphic text. Sometimes Ginsburg is shown in front of the camera speaking about whatever topic has been thrown her way by the directors, and others are her filmed during an engagement moderated by Nina Totenberg. We’re exposed to home movies, photographs, and her arguments/remarks as recorded within the Supreme Court Building. The latter is where Cohen and West needed to get creative because there are no cameras allowed inside to document those cases. So they play the audio recordings over footage of an empty courtroom with dynamic subtitles to give us a focal point from which to absorb what’s being said. Ginsburg’s words are dramatic enough to keep us fully captivated.

Some will inevitably call RBG a puff piece with the only disparaging words coming from a collage of Fox News pundits calling her names at the beginning (and a welcome moment of discord where one of her biggest champions throughout the film admits she overstepped the bounds of her position to speak ill so candidly of then presidential nominee Donald Trump), but the film’s goal is less about Ginsburg the divisive figure than it is about Ginsburg the inspiration. We’re here to learn about what she did for women’s rights, admire her shrewd maneuvers to use discrimination against men as a means to open the eyes of the blind to what women face every day, and champion her unparalleled intellect and unwavering moral compass to call out injustice when nobody else will.

In this respect it’s an unequivocal success that shows she hasn’t lost a step at 85 years of age, whether or not she sleeps during the State of the Union. The film cements her place as a formidable mind within the justice system and a role model for young women and minorities hoping to ensure that the law isn’t continuously written and upheld by people who don’t look like them. It’s easy to champion or dismiss someone of her stature based solely on your own beliefs, but another to appreciate who she is and has always been regardless of politics. That’s what documenting her life provides: evidence of the American Dream in action and the tireless work performed to make certain it remains alive and well for future generations.