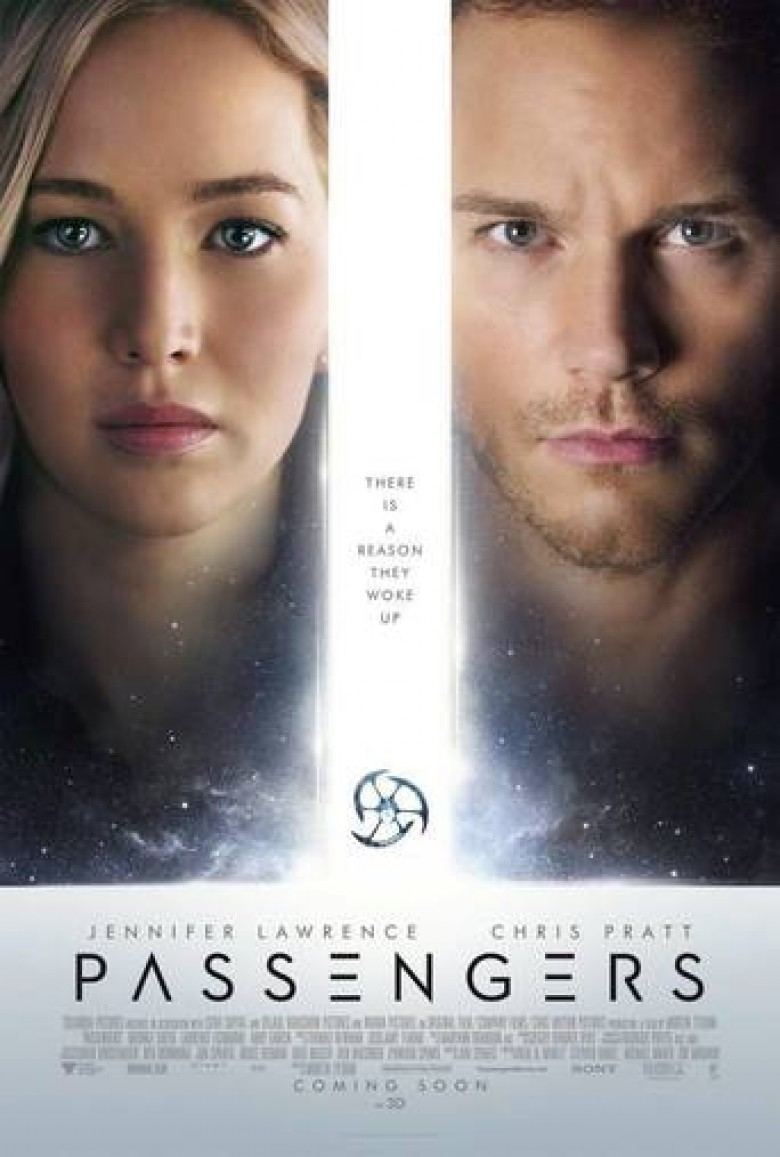 You’re traveling on a spaceship towards a distant planet in hopes of restarting your life anew with endless possibilities. The journey takes 120 years, your body in stasis to arrive at the same age that you left. Let’s say something happens around the thirty year mark to cause an unknown malfunction that inexplicably wakes you with no way of returning to slumber. This massive ship is at your disposal—well, the areas accessible by your wrist bracelet’s discerning permissions and a crowbar—but there’s no one with whom to share it. You will die of old age decades before reaching your destination, alone. But despite being an engineer who’s exhausted every fathomable avenue for salvation, there’s still one way to provide companionship: waking a stranger to suffer your fate.

Do you do it? Could you live with yourself knowing that you’ve sentenced someone to die light years away from the new home they hoped and paid to one day see? It’s a fantastic ethical dilemma ripe for mining in a science fiction film of quiet intelligence that allows the circumstances to be weighed. Who would be your victim if you chose this amoral path? A crew-member? The captain? Obviously someone with the ability to help you find a way to make things right. The Homestead Corporation’s flagship Avalon is so advanced that there’s probably protocol designating someone equipped to handle such a predicament. Just because there’s never been a hibernation pod issue in one thousand transports doesn’t mean a failsafe wouldn’t be in place. Right?

That’s a film I would watch. Hell, that’s a film I would love because it deals with mankind’s hubris, technological failings, and the question of the necessities for survival: food, water, oxygen, and human interaction, by any means necessary. You might think Jon Spaihts long-gestating script Passengers (it’s been in constant turnaround since 2007) was it, but you’d be wrong. Because even though it looks like a science fiction adventure on the surface due to its space setting and android bartender, Passengers isn’t a science fiction flick. No, it’s a romance. It decides to posit its ethical dilemma onto a horny, red-blooded male Hollywood believes women will swoon over. And it also decides to make his prospective companion a pretty writer with no discernible skills needed to save them.

Director Morten Tyldum, fresh off an Oscar nomination for The Imitation Game, somehow read this script and thought to himself that it was “this generation’s love story.” Entertainment Weekly quotes him saying, “I had to do it.” Why? Maybe I missed a rewrite somewhere because this is the worst premise for a love story barring some abhorrent Stockholm syndrome plot where a rape victim falls for her rapist before living happily ever after together. By adding romance to this complex issue, Spaihts relinquishes all benefit of the doubt because he ensures forgiveness will occur by its end. He ensures his monster of a human being will be afforded unearned sympathy to allow him a moment of redemption. It would be unbelievable if it weren’t there onscreen.

What makes Passengers so disappointing is that it had potential. It had a premise that would get our minds moving and give the characters a conflict with which to battle, weigh, and either accept or reject. The opening minutes when Jim Preston (Chris Pratt) is alone are great. Pratt gets to let his comic sensibilities subtly play atop his gradually devolving self-control. His decision to make Aurora Lane (Jennifer Lawrence) the object of his quandary is less bad than misguided until we discover her selection is based purely on attraction. It’s lust that gets him to read her file, hear her speak, and dive into her journalism. He’s spent a year attempting to break onto the bridge, but he picks his fantasy mate instead of the captain.

Even that doesn’t make what Spaihts wrote irredeemable. If sex needs to be the catalyst to approach this idea of condemning someone for selfish gain, so be it. To his credit, he does allow Aurora an authentic reaction upon discovering the truth—one rendering the awkward discomfort of score swells and Jim’s furrowed brow in response to his guilt relevant. What turns Passengers from misguided to unforgivable is therefore the fact that he forgets all this. More than that, he blatantly ignores this elephant he has placed in the room with some reprehensible notions of “what’s done is done.” The crew chief (Laurence Fishburne‘s Gus Mancuso) awakens thanks to another malfunction (the convenience of this is its own problem) and his response to Aurora’s ordeal is a shrug.

But Spaihts isn’t done. He has the audacity to include videos of friends saying Aurora is too demanding when it comes to dating. The movie finally lets reality sink in that its lead is a stalker who assaulted an innocent woman only to pretend she’s the bad guy. “Just give him a chance, Aurora.” “You loved him once, it shouldn’t be hard to love him again despite his ‘mistake.'” I’m sorry, but it’s more than hard. It’s impossible. You can’t just slither into the inevitable reveal that these system glitches are building to catastrophe and hope we forget the characters. You can’t create a life or death situation and imply that Jim was actually heroic in waking her because two people end up being necessary to save five thousand.

It doesn’t matter if you say you’d make the same decision—it’s wrong. So let's look at that wrongness and our fallibilities as humans to continue letting it happen. Don’t pretend it’s a minor detail in an epic space adventure about love conquering all and selfless sacrifice because doing so condones the decision. I’m not even saying Spaihts needed to condemn the choice, just that he needed to approach it with sensitivity rather than chauvinistic superiority. Passengers isn’t even shocking as a thriller since we know first-hand what has happened. The film doesn’t begin with Aurora waking up so that we’re surprised by the “how” along with her. Spaiht’s intentionally lets us in on the deceit to prepare us for the fallout. Sweeping it under the rug is unforgivable.

He and Tyldum could have made a great sci-fi film by dealing with the issue, but they failed. On multiple fronts, too, since while the art direction of the Avalon is superb and Michael Sheen‘s Arthur the android is utilized perfectly as a source of winking pithiness and the receptor of binary cues, every sequence in space or zero gravity looks low budget. The filmmakers could have pivoted and made a great love story instead if they had used love and not deception. What’s the point of adding this ethical dilemma if you’re just going to push it aside for “sleek sexiness?” Let Jim and Aurora awaken at the same time and fall for each other naturally. Doing so changes nothing besides allowing us to like the characters rather than despise them.