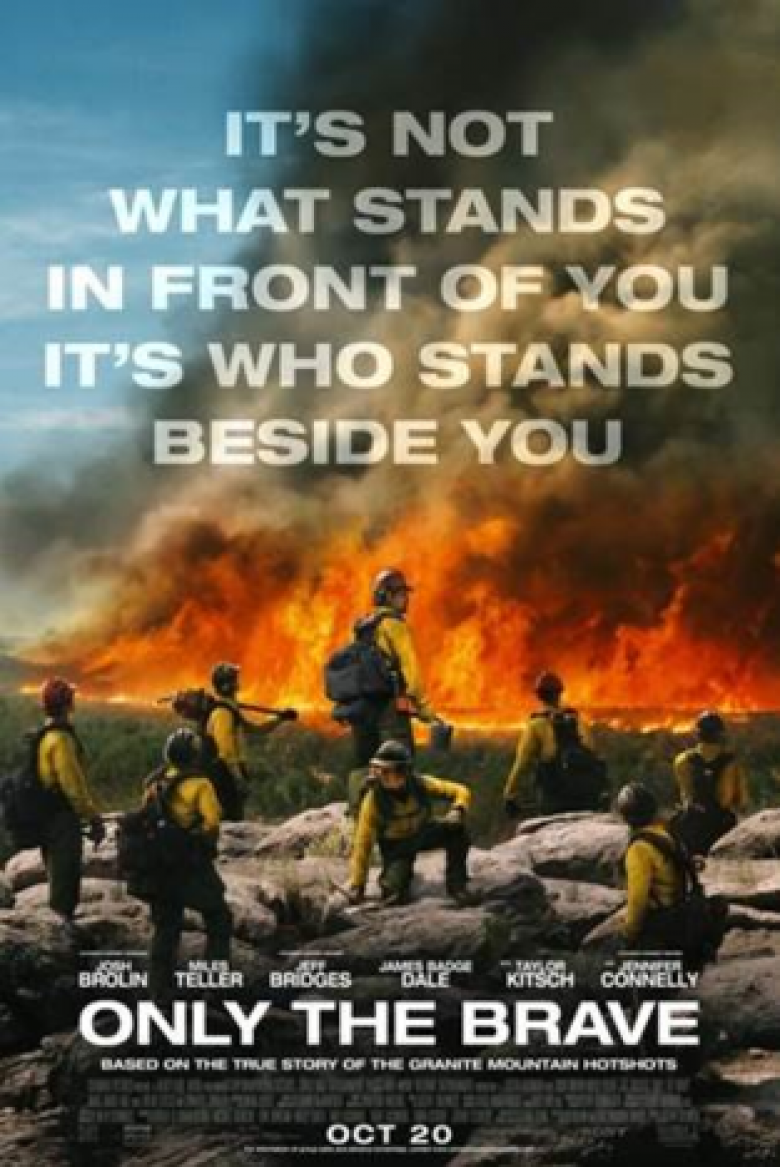 “Decide what you live for and what you can live without”

Interagency Hotshot Crews are twenty-person teams of Type 1 firefighters that exceed all experience, training, and fitness requirements of that designation. Originated in the 1940s to combat wildfires on a national level, these groups move all over the country to suppress flames and save cities in need. They’re to firefighters what Navy SEALs are to the military. You call them to get the big jobs done and as such are formed for that specific purpose on a federal level. What makes the story of the Granite Mountain Hotshots so singular in the history of these organizations is the fact that this group was the first municipal team to be certified. They persevered against all odds to earn a place among peers who never gave them credence.

Their's is a tragic tale of heroism in America, one worthy of cinematic immortalization to ensure we never forget their accomplishments. Ken Nolan and Eric Warren Singer were tasked with adapting Sean Flynn‘s GQ article entitled “No Exit.” Their journey starts with fire superintendent Eric Marsh (Josh Brolin), who could have stopped the decimation of a town had he been given the certification he deserved, and ends with the fateful blaze that brought his men’s names into our public consciousness. But they go beyond merely documenting the events that led them to earn the Hotshot title and their place on the Yarnell Hill line. Nolan and Singer honor each man with personality, families, regrets, and most especially, second chances. More than reenactment, Only the Brave is biography.

As the leader, Marsh is the central character of this tale. He is a man with personal demons and a temperamental ego courtesy of being every bit as good at his job as he thinks he is. We witness his tenacity and frustration right from the beginning—volatility kept in check by the love and empathetic connection of his wife Amanda (Jennifer Connelly). They have a fiery union, as yet shrouded in an unknown past, one that has led them into a life of danger and chance. They’ve steeled themselves to the reality of fire’s power and yet it still breaks down their defenses just the same. They’re each other’s rock, confidant, and equal. And they never pretend the stress of balancing marriage and careers is something to be diminished or ignored.

Behind him are second-in-command Jesse Steed (James Badge Dale), perpetual bachelor and clown Christopher MacKenzie (Taylor Kitsch), and a brotherhood played by Geoff Stults, Alex Russell, Ben Hardy, and more. But while they add color and stability, it’s newcomer Brendan McDonough (Miles Teller) who’s given co-lead. He’s a junkie seeking to turn his life around after his ex- gives birth to their daughter. She becomes a beacon of hope, a catalyst for saving himself from swift self-destruction. And Marsh somehow gives him that chance to live, despite his admitted shortcomings, by including him on the crew. He earns the discipline necessary to evolve. We soon learn that this gamble is a result of Marsh’s past; hiring McDonough is an opportunity to pay forward the kindness he was shown years earlier.

So there are two parallel trajectories: McDonough striving to be the father he never had, and Marsh tirelessly working to bring his team to the next level. Help arrives from the latter’s friend, Duane Steinbrink (Jeff Bridges), his understanding of what being a Hotshot means to Eric is profound. And when the title is bestowed, the city that once lamented the extra cost to retain the team finally realizes the need. But the writers aren’t interested in the audience blindly accepting them as heroes because of what they do. They ensure that each man is humble—a citizen doing a job that just happens to save lives. We’re allowed to relate to them in this way and to pull for every success they achieve. There’s nothing hollow about this depiction.

Credit science fiction (until now) director Joseph Kosinski for much of this because, despite the sometimes-swelled score, there's no sense of manipulation. This story doesn’t need help as far as resonance is concerned—the details speak for themselves. His visual flourishes come from a dream sequence of Marsh’s with a flaming bear running towards us, a memory from the past and a dark omen of danger to come. Otherwise, Kosinski puts his time into the performances and the narrative balance necessary to portray each character as a man or woman with flaws and a legitimate drive to accept and overcome them. The moments when those personality shortcomings rise to the surface are the most powerful because they expose the psychological challenges of living inside and outside this job.

It’s no coincidence that the trio at the center are those who have the most regrettable pasts. They each pursue a road to redemption, love driving them just as responsibility keeps them honest. Brolin expertly delivers this internal, often repressed anger bubbling to the surface before remorse and/or a need to escape sets in. Marsh has lived with this war within himself for so long that he can acknowledge its presence and work towards suppressing it—a state McDonough hasn’t yet achieved. This provides Teller the more showy performance, his aggression firmly on the surface until time heals his self-loathing and reveals to the others that he’s worthy of their brotherhood. For him, the frustration lies in reconciling that which he must do for himself and then what he must do for his daughter.

And that leaves Connelly’s Amanda as the lone person who sees the similarities between her husband and his “project.” It’s a position that gives her perspective that the others lack, something that lends her passion and strength, refusing to back down when they don’t want to hear the truth. To me she’s the MVP here because of her ability to remind us that these heroes are merely men. She calls them hypocrites, talks them down from ledges, and refuses to be ignored since she, too, is a part of this life whether she goes into the fire or not. While most films like Only the Brave dismiss those at home as pawns, this one showcases at least one with full complexity. She brings the inherent Hollywood glorification back to reality.