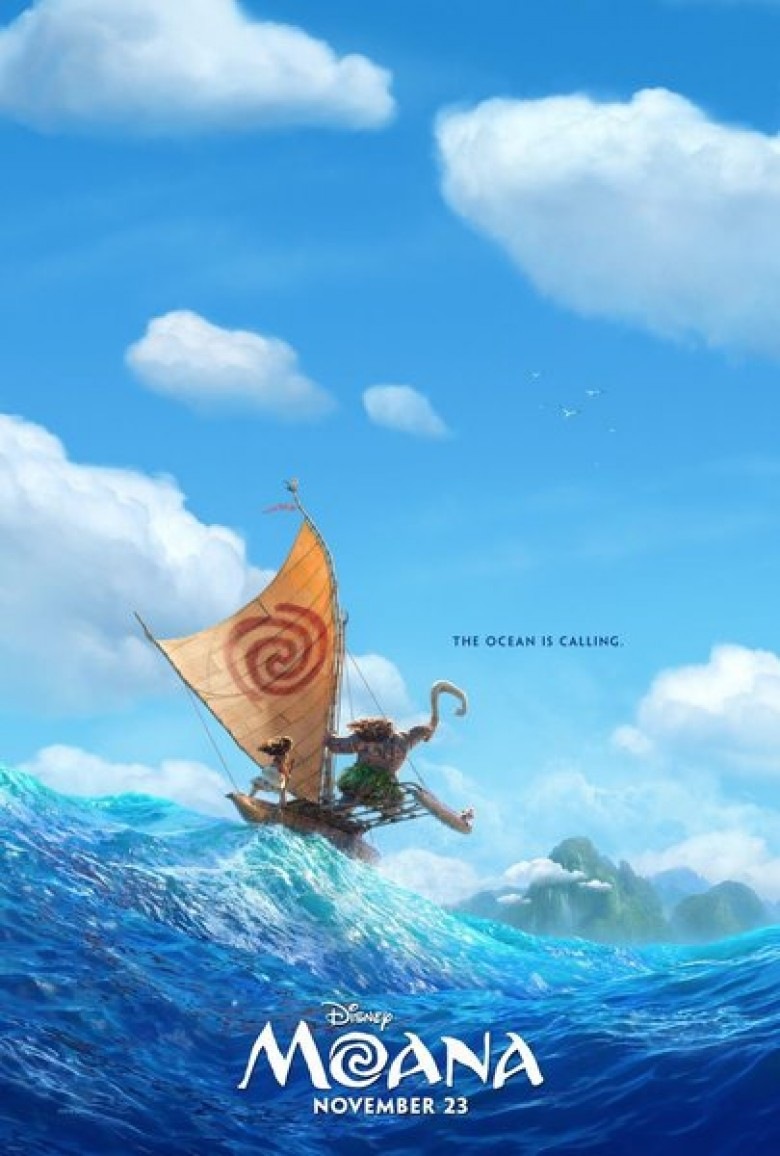 It’s tough to give two white guys the benefit of the doubt when it comes to spearheading a blockbuster feature-length animated film about Ancient Polynesian mythology, but you cannot deny that Disney stalwarts Ron Clements and John Musker did what they could to ensure Moana stayed true to their subject’s traditions and culture. The pair conducted extensive research in the South Pacific and recruited a local “brain-trust” to keep them honest. Taika Waititi wrote a first draft, a laundry list of writers listed above took over, and eventually Jared Bushearned sole screenplay credit. Will there always be a stigma attached of Hollywood usurping a people’s history for monetary gain? Yes. But if it’s good it’ll also shine a light on their world for international audiences to experience.

Well, Moana is good and—from an American outsider’s perspective educated in Greek and Roman mythology devoid of any real life application beyond fairy tale—a vibrant, inspiring, and magical journey into the heart of a people’s history as worthwhile as any other. And to Disney’s credit the cast (save Alan Tudyk as dimwitted clucking chicken Heihei) is comprised of actors with Polynesian descent whether Hawaii, Samoa, or New Zealand. Even former Pittsburgh Steeler Troy Polamalu appears as a villager. So there’s an authenticity and love for the subject matter on display even if the sole connection to its ethnic heritage on the creative side (Waititi) isn’t in the final scroll. Regardless, it’s a wonderfully inclusive adventure through uncharted spiritual territory with a POC princess at the lead.

Just don’t call the titular Moana (Auli’I Cravalho) a princess to her face. She prefers “daughter of a Chief” (Temuera Morrison‘s Tui). It’s her fate to learn her place within their island village like the generations before. Destiny, however, sees the ocean demanding she break free from the archaic rule about never traveling farther than the reef surrounding them. Moana believes there’s more to living than what’s in arm’s reach—a world yet to be explored from the stories her grandmother (Rachel House‘s Tala) tells to scare the local children. As a young girl the ocean “spoke” to her, carving a path inwards towards a magical pounamu stone known as Te Fiti’s Heart. Thought to be merely a dream, the stone is soon revealed as her true purpose.

Legend states that demigod Maui (Dwayne Johnson) stole the Heart from Te Fiti—an island goddess hidden in the Pacific so only “wayfarers” may find her—to give the power of creation to humanity. Removing the stone unfortunately unleashed an evil lava monster known as Te Ka, its rise from the depths ignited by its own chance to acquire the Heart’s abilities. Maui tried to escape its wrath only to lose both the stone and the enchanted fishhook that afforded him shape-shifting abilities. Lost at sea, the Heart’s absence allowed Te Ka’s malevolence to poison Te Fiti and the water between her and the islands she helped create. Now centuries removed, that scourge has reached Moana’s village. Her father hopes to survive it; she seeks to defeat it.

What follows is an adventure of self-discovery where Moana can evolve into the hero that has always been waiting inside to be unleashed. She’s a headstrong role model who’s willing to dive into situations well beyond her comprehension in order to learn how to be successful. She’s fearless and tenacious—two traits she’ll need to combat Maui’s ego. He’s let fame and notoriety go to his head considering everything he’s ever done was to receive adulation and love in return. He knows he failed in his effort to retrieve the Heart, but he’s unwilling to make it right because he believes it’s a fight he can’t win. Moana must poke at his vanity to strike up a deal and with every new display of strength earn Maui’s respect.

Cravalho is great in the lead role, imbuing Moana with an abundance of curiosity, faith, and courage. She wears her emotions on her sleeve whether dealing with her father’s disapproval, grandmother’s coaxing, or Maui’s sense of superiority. Her rapport with the latter is the film’s best quality, the two equally stubborn, sarcastic, and ferocious. And just like with Central Intelligence, Johnson shows he’s more than mere charisma as he brings layers to render Maui beyond the usual one-note sidekick trappings. There’s room for him to experience humility and guilt, his inner strength finding the room to outshine his reliance on magic. His demigod also possesses a tragic backstory to add depth to his persona, his actions steeped in overcoming the past while Moana’s village seeks to forget theirs.

As for production value: it’s through the roof. I enjoyed Frozen enough, but never found it the instant classic it’s become—subpar music that never clicked melodically for me proving its greatest weakness. Moana nicely rights that ship with original music from Opetaia Foa’i, Mark Mancina, and Lin-Manuel Miranda. “How Far I Go” is an instant classic and “You’re Welcome” is a great introduction for Maui alongside the brilliant utilization of his tattoo as a story-telling device to enhance the lyrics. Both are very Miranda with obvious similarities to the style that’s swept the nation with “Hamilton”, but they stand on their own nonetheless. Add a fun ditty sung by Jemaine Clement‘s villainous crab Tamatoa in his David Bowie voice and we receive drama and humor alike.

The animation is gorgeous too with Moana and Maui’s flowing locks a feat unto itself. The water is peerless too, especially when it’s fully transparent. Overhead shots of a submerged Moana are great, but the true genius comes when the ocean (with a life of its own) parts to show marine life swimming behind walls of water. Tamatoa goes full bioluminescence with a bright two-dimensional feel and Te Ka’s lava is a force to reckon with in nightmarish brimstone. The look of everything has one-and-a-half feet in reality with just enough fantasy to instill it with magic (and comedy thanks to fun gags like Heihei’s stupidity). I hope the story honors the Polynesian people sufficiently because this film has the staying power to become a Disney legacy mainstay.