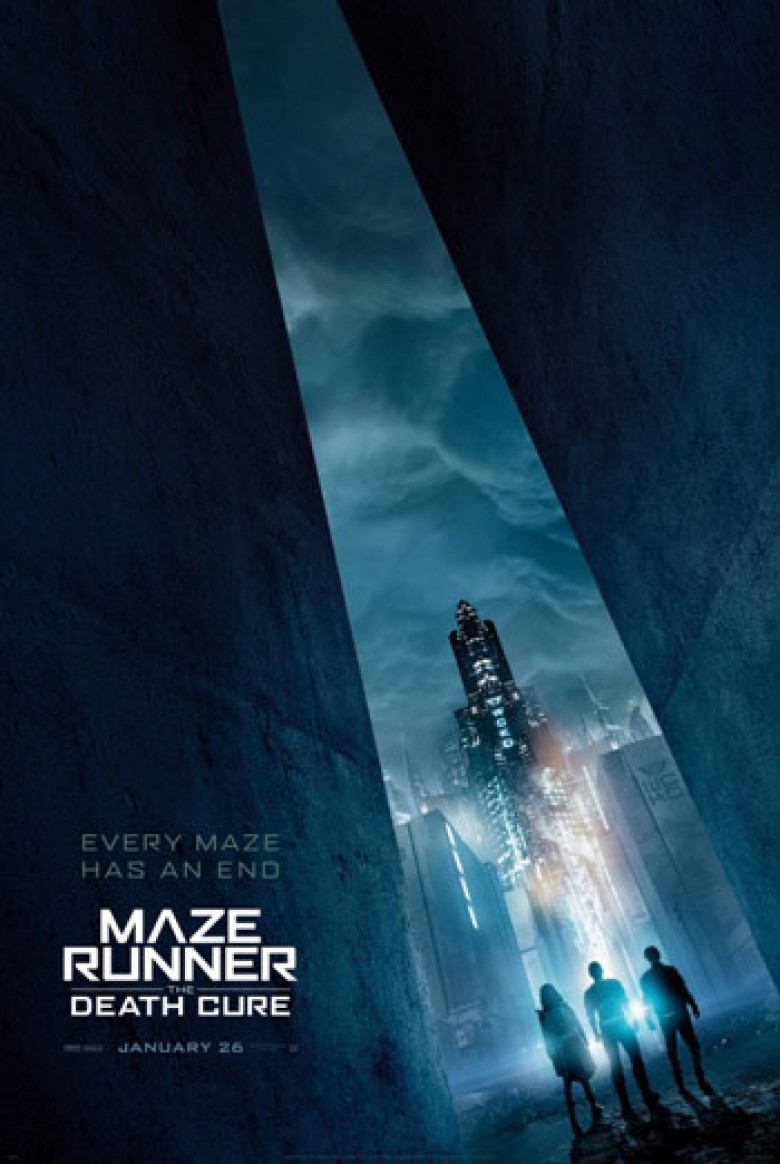 “It’s about knowing when you’ve lost”

Could you sacrifice a percentage of the population if it meant saving mankind in its entirety? What about if it merely gave you a chance at that salvation? These are the big questions we ask ourselves at the end of the world—ones that force us to face the reality of our inevitable demise. We can infer that we’ll reach this point because we made a wrong decision in the past. And if the whole reason we’re about to be lost forever is our fault, is doubling down to fix it with another potential catastrophe moral? Is it just? At a certain point we have to look in the mirror and accept the fact that we’ve brought ourselves to the brink and therefore don’t deserve a second chance.

Author James Dashner does one better with his Maze Runner trilogy by removing ambiguity. He literally writes his world so that a younger generation immune to the virus wiping out our species is the answer. And while I can’t speak to whether he makes the double meaning of this notion more obvious in the books (I haven’t read them), screenwriter T.S. Nowlin and director Wes Ball keep things nuanced so that we can realize the true implications ourselves. These kids are humanity’s last hope because scientists can harvest their blood to synthesize a cure that’s able to save those infected. But they’re our future in a Biblical way, too. This virus is literally cleansing Earth of the guilt of old to make way for the innocence of new.

Where the series went wrong was waiting so long to delve into this crucial piece of its mythology. What started with an enthralling bang in The Maze Runner and its self-contained mystery culminating in a familiar yet exciting science fiction conceit fizzled out in its sequel, The Scorch Trials. That first installment was so good because we were forced to accept its characters as protagonists worthy of survival. Even those who were set-up to be villains (Will Poulter‘s Gally) remained sympathetic because they were driven by fear rather than greed. We cared about them while loathing an omniscient acronym (WCKD) ruled by a cold utilitarianism. It meant something when one died and another lived. We saw how sacrifice is only pure when the dead choose that path themselves.

The Scorch Trials became all about betrayal. It led us on a journey to a specific endgame without having the substance to sustain itself. So the filmmakers infused meaningless action where stakes had once resided. They introduced new allies and enemies, expanding the world for no reason other than readying themselves for the finale. It felt hollow and bloated because it was both. We can only watch these kids run from “cranks” (a zombie equivalent that resulted from the virus consuming a human) without anyone being harmed so many times. The whole buckled under its artifice, losing sight of the intuitive construction of its predecessor and missing the point of its evolution outside of the confines of that maze. Which route would the trilogy’s capper The Death Cure follow?

I had reservations about this, and the opening extraction sequence set six months after the previous film did nothing to assuage them. Watching Thomas (Dylan O’Brien) and his team chase a train to save their friend Minho (Ki Hong Lee) felt like a Fast and the Furious exchange more interested in loud noises like Scorch Trials than anything resembling an intelligent chess move, like Maze Runner. Luckily, things slow down directly afterwards, though, as Ball attempts to get the adrenaline going so he doesn’t lose his audience in heavy exposition straight away. But it’s this shift to plot that resonates. Knowing that WCKDs Teresa (Kaya Scodelario), Ava (Patricia Clarkson), and Janson (Aidan Gillen) have Minho while Thomas, Newt (Thomas Brodie-Sangster), and Brenda (Rosa Salazar) regroup prepares us for the war to come.

The series thus quickly remembers its mythology. The “cranks” become window dressing—a looming threat that’s more dangerous as a concept--they’re what mankind is rapidly becoming--than as a physical wall to climb. The psychological and emotional wrestling with the moral implications of their work has Teresa and even Ava appearing sympathetic despite their continuing efforts to treat innocent kids as property they can simply dispose of. And there’s authentic messy relationships wherein love isn’t merely a romantic construct that allows the person at its center to use those who care for him to his benefit. Instead, Thomas recognizes the complexities of his feelings and the women (Brenda and Teresa) never fawn or forget themselves and their individual motivations. There are bigger things at stake.

Because the second film was so light on plot, however, The Death Cure is made to do a lot of heavy lifting that it simply doesn’t have time to accomplish successfully. The discovery of a “last city” where WCKD headquarters is located, and a community of disgruntled soon-to-be “cranks” led by an enigmatic character named Lawrence (Walton Goggins), never feels like more than device. The progression from “this is the next place we need to go” to them actually being there ready for action removes any weight from their inclusion. There’s no time to be in awe of this different kind of maze or scared of this selfish despot drawn thinner than Giancarlo Esposito‘s false adversary turned loyal ally, Jorge. They serve their purpose and we move on.

It’s okay because the value pf this series resides in the internal struggle of Thomas and Teresa. In certain respects, everything besides their choices is noise—something that’s both good and bad. The good lies in the commentary presented by their unique position of having lived as both WCKD operative and test subject. The bad is a result of how unnecessary the desire to create suspense through action proves to be in comparison. Everything screeches to a halt when Janson is onscreen because we’re made to endure extended exchanges of empty threats and close calls. His character isn’t wholly meaningless since he’s the perfect one-dimensional foil to Ava’s conflicted soul on the side of the hubristic opportunists who have squandered everyone’s life, but the story hinges too heavily on his villainy.

Thankfully, Dashner never completely succumbs to the allure of easy tropes. Just as in the first film, a lot of characters die. And just as he injected a Jesus-like figure to shake things up as a flawed hero in the maze, he makes sure to hinge the hope and possible success of a miracle on the harsh reality that miracles often come too late. Not all YA-fare needs to have a happy ending or clear-cut divisions between good and evil. Janson aside, WCKD does have pure, if maliciously, pragmatic intentions. But as real life proves time and time again, intentions aren’t enough. When you enslave for the greater good rather than ask for help, you forfeit your authority. Sometimes nature simply must run its course.