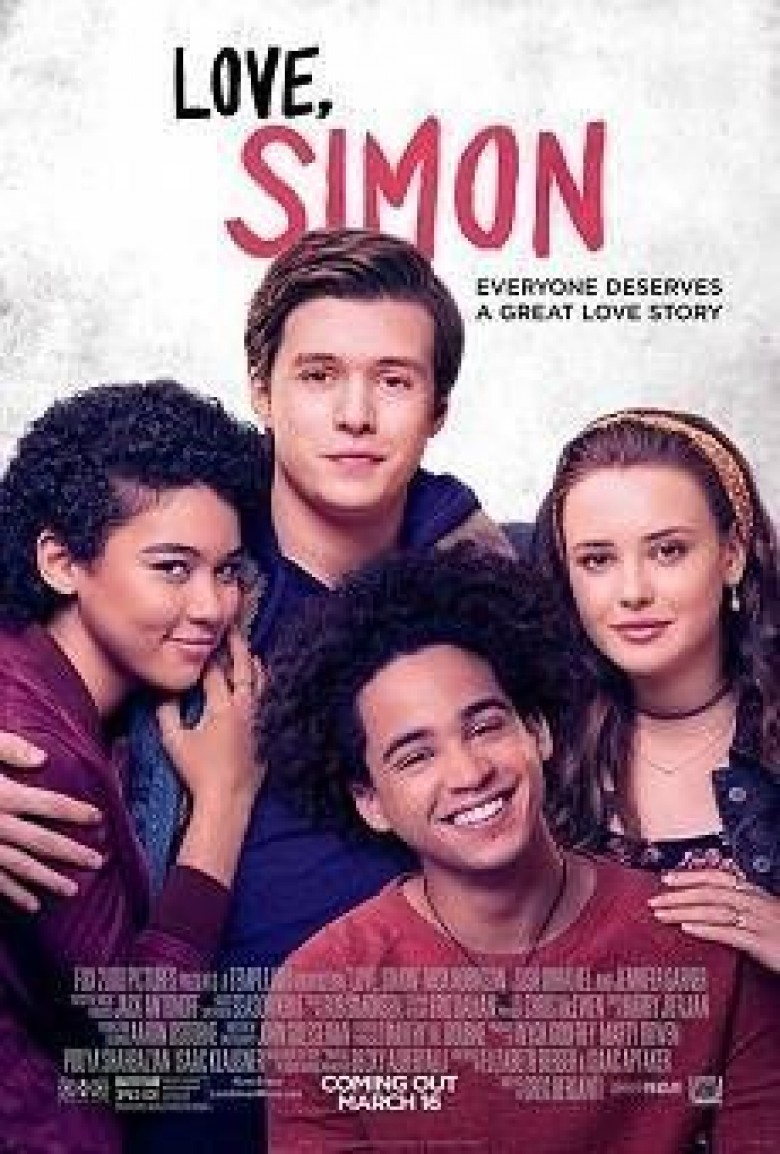 There have been crazier premises for coming-of-age romantic comedies than having the lead fall in love via email with someone they’re afraid they’ll never meet. Unrequited love is nothing new to the genre and neither is an escalating series of mishaps and intentionally misleading manipulation on behalf of the lead towards his best friends to keep that love secret. But despite these familiarities, director Greg Berlanti and his talented cast of funny and emotive actors find a way to make it resonate. The relationships onscreen—good or bad, selfless or selfish—are all extremely authentic and the plot progression is true to the complexities, mortification, and courage teens possess beyond mainstream caricature. Feelings are hurt, forgiveness is shared, and love is found. And did I mention that the lead is gay?

Many reviews will start with that last part: Simon Spier (Nick Robinson) is gay. And while it’s the obvious choice, is it necessary? The simple kneejerk reaction to do so reinforces the notion that homosexuality connotes “other” and our readers should know right away in case it will sour them on a good film without knowing anything else about it. This is the type of reality that Simon speaks about early on, asking why the LGBTQ community must “come out” and heterosexuals do not. Why should one be seen as a default? Why can’t all children be haunted by the fear of being rejected by those they love because of their sexuality? The idea is funny because we see it as absurd. And that’s the problem.

It’s also why works like Love, Simon can help change our thought processes. Adapted by Elizabeth Berger and Isaac Aptaker from the novel Simon vs. the Homo Sapiens Agenda by author Becky Albertalli, the film proves itself a perfect ancestor to the John Hughes era of adolescent angst alongside The Edge of Seventeen and Easy A—heartfelt, compassionate, and relatable. To exist in that mold while also centering upon a gay lead therefore becomes empowering to a community sadly devoid of quality representation, as well as normalizing for impressionable youths who haven’t yet let the homophobia of their parents or classmates cement within themselves. To watch Simon traverse the perils of romance, friendship, family, and identity is to see a human being struggling just like you.

And Simon is struggling with all those things outside of just still being in the closet. He has the perfect, idyllic family (we’re talking upper-crust by looking at a bedroom the size of my living room with chalkboard walls and a California king) and the perfect daily routine of grabbing coffee with his besties on the way to their perfect school with a very active (and annoying in the best way for outsiders looking in) vice principal (Tony Hale‘s Mr. Worth). Everything is so perfect that he fears what changing a single aspect of the ecosystem might do. It’s an anxiety-inducing thought we’ve all faced at some point in our formative years, the kind that seems unique despite the changes happening every second. It’s crippling.

It doesn’t matter that one of Simon’s best friends along with Leah (Katherine Langford) and Nick (Jorge Lendeborg Jr.) just moved to town six months earlier. He can look at Abby’s (Alexandra Shipp) inclusion into their circle as an easy transition because it’s additive—it’s about finding room for more rather than shifting gears because something everyone took for granted might somehow be construed as a lie. Even though Simon would still be Simon, admitting he’s gay risks altering how he is seen. Would a jock like Nick stay by his side? Would a father (Josh Duhamel‘s Jack) always joking about girls be disappointed? Would Leah rethink the past thirteen years of friendship as though she couldn’t trust the person he was with the one he “pretended” to be?

Logically these questions are insane, but they also must unfortunately be asked because LGBTQs are alienated and rejected all the time. So even though his school has a gay student who has been accepted, Simon feels isolated because Ethan (Clark Moore) is flamboyant and tough as nails with scathing retorts for anyone who dares mock him. Simon conversely is someone who everyone assumes is straight and so he has become trapped. Only when an anonymous poster going by the name “Blue” writes an entry on the school’s rumor-mill social media page “Creek Secrets” about being gay does he realize that he isn’t alone. Finally Simon has someone to talk to without the risk of exploding his life. He and “Blue” can inspire one another to find the courage they seek.

This all may have been enough to tell a compelling story, but Albertalli has included a subplot to throw a wrench into Simon’s life and expedite the timeline. It arrives in the form of Martin (Logan Miller)—that nice yet over-the-top clown who is just awkward enough to not be “cool” and just unrestrained enough to quickly transition from funny to annoying. He finds himself face-to-face with the school computer Simon used to email “Blue” and decides to take advantage by blackmailing him for a chance to date Abby. It’s a bit abrupt and much more sinister in its suspense than the film may otherwise be, but it also introduces more levels of complexity. Suddenly Simon’s self-preservation goes into overdrive, sacrificing those with whom he is closest in the process.

I have to commend all involved on the creative side because this turn could have ruined the whole by moving too far left into melodramatic theatrics and contrived imperatives serving no purpose other than fuel for the plot. You’ll have to see it for yourself to believe me, but there’s hardly a false move along the way. The obvious feelings shared between characters, the way we warm to those we wanted nothing to do with, and our ability to project so much onto so little thanks to excitement and hope are included in ways that make them universal despite their onscreen specificity. It seems small, but the simple act of having “Blue” transform into whoever Simon wants him to be in that moment is brilliantly conceived.

Should the lead have been cast with a gay actor? Perhaps. Robinson is great in the role, though, and he works because he lets us leave any preconceptions at the door. The film very intentionally plays with ideas of masculinity to make it so anyone (Keiynan Lonsdale, Joey Pollari, Miles Heizer, and more) could be “Blue.” The message is equality and acceptance and it comes through by refusing to conform to archaic ideas of what a gay man should be. It’s nice because it allows us to watch as we would any coming-of-age work. We pull for Simon, empathize with those he unfortunately lets down, and enjoy the comedy (shout-out to scene-stealer Natasha Rothwell). Love, Simon isn’t just “important.” It’s also a successfully executed piece of resonant entertainment.

Advertise With Us
- Featured Event -
Thu May 28th

Do it yourself sensory fun