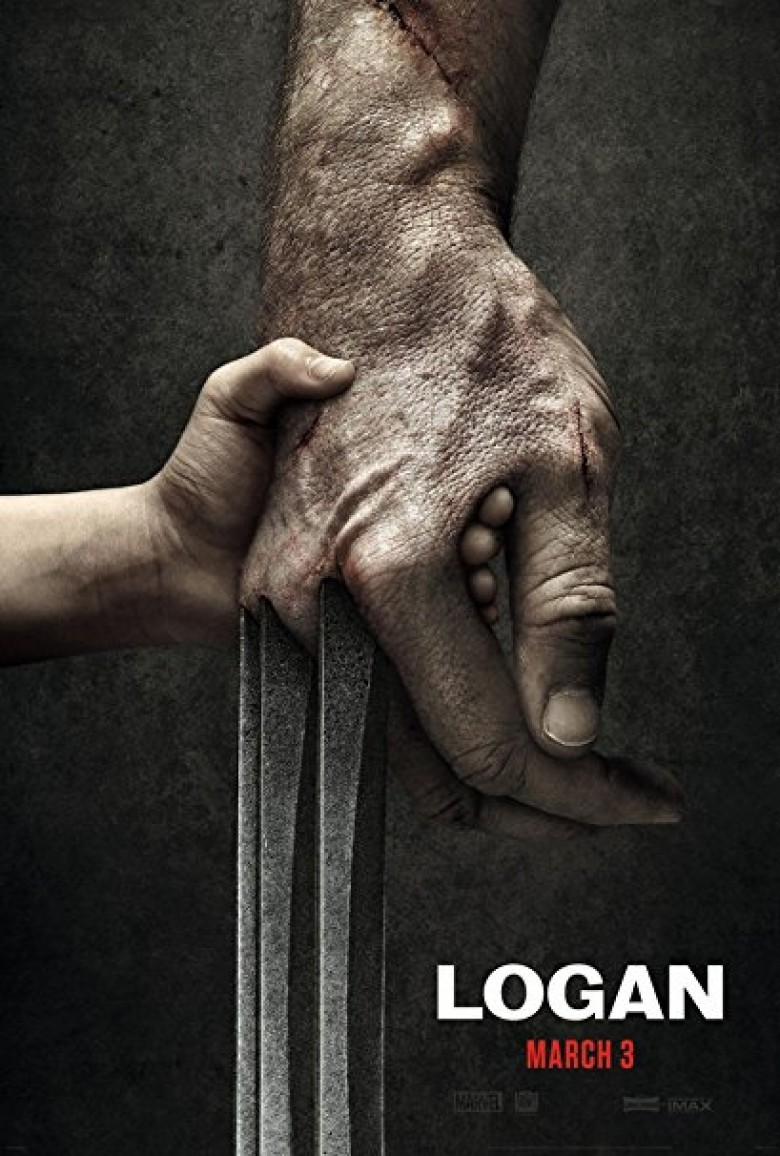 “Does she remind you of anybody?”

Calling any X-Men adaptation a gamble seems stupid considering the mass appeal comic book movies still hold at the box office. But Hollywood has a way of making those sentiments be true when artists start bandying about the R-rated label. The standalone Wolverine films have seen what shying away from that challenge does. The first (Origins) proved to be a misguidedly silly throwaway and the second (The Wolverine) ended up being little more than wasted potential or perhaps a casualty of studio interference. We’ve seen seventeen years of the character as played by Hugh Jackman and each one—while entertaining—kept the cigar-chomping hothead in check. He had his moments, stole more than a few scenes, and earned fan favorite status, but he was never given the go-ahead to truly unleash havoc.

It’s therefore bittersweet that Fox—hot on the heels of Deadpool‘s success—finally loosened the reins to deliver what we’ve been craving via Jackman’s swan song. Just because he took a pay cut to ensure Logan‘s ratings and therefore an uncompromised vision from returning director James Mangold, Fox still had to comply. While Deadpool‘s budget was a somewhat easy pill to swallow at under $60 million, the final Wolverine standalone comes in at an estimated $127 million ($7 million more than the previous installment). With so much hype going into it being Jackman’s last go-round, though, the risk was a calculated one. Add the fact that its small-scale, character-based plot provides a much-needed breather from the bombastic X-Men franchise, and you ultimately receive a superhero film like no other.

Logan is ostensibly a western set within a dying world circa 2029. Mutants are hunted down as weapons of mass destruction if they are not already dead, and society has been caught under the thumb of big money capitalism. Technology makes it so anyone can be “enhanced,” especially in a privatized military sector seeking unchecked control. And the X-Men’s iconic antihero has seen it happen in real time: Wolverine has watched everyone he loves die while the darkness that had consumed him two decades previously has returned. His regenerative powers are failing, his luster is fading behind a limousine’s windshield. Alcohol numbs his pain—physical and emotional—as random strangers in the backseat pay his way towards ensuring it continues to do so. He has one reason for living and it isn’t himself.

No, that reason is the person who believed in him when no one else would: Charles Xavier (Patrick Stewart). Age has dismantled him, too, however. Dementia has transformed his telepathic powers into an unstable ticking time bomb quelled only by heavy medication. Logan drives border city residents around daily before heading south into Mexico to care for Charles with the help of Caliban (Stephen Merchant). It’s a dismal existence for all, with little promise of hope. They stay off the grid, pray Charles doesn’t have another seizure (hints about a past incident with devastating ramifications are always in earshot), and dream of a safe haven they cannot afford. Everything they once did is the stuff of comic legend now, their pasts forgotten as humanity readjusted. At least that’s what they thought.

Enter Laura Kinney (Dafne Keen), an eleven year-old girl (the similarities to “Stranger Things” cannot be a coincidence, its Eleven possibly an homage to the character from the comics) with a mysterious air of strangeness and danger. Protected by a desperate woman named Gabriela (Elizabeth Rodriguez) and hunted by the good-humored yet fearlessly confident Donald Pierce (Boyd Holbrook), it’s only a matter of time before she crosses Logan and Charles’ path. She becomes a mirror to their past, a glimpse at an unknown future, and the victim of a harsh present designating her as “less than.” Her only chance of survival lies with Logan and perhaps the reverse is true, too. In a new world that no longer needs saving, the remaining “heroes” are left searching for redemption.

All the themes that carried through nine-plus films come to a head here as two broken men seek meaning in what could be their final hours. Both Logan and Charles are broken shells of their former selves, desperate to run from their actions and unable to remember them. This isn’t just some action film pitting them against Pierce and Transigen’s Dr. Zander Rice (Richard E. Grant). It’s about family. It’s about the sacrifices and tough choices we make to protect those who we love and the culmination of so many years seemingly turning out to be for naught. Laura—a genetic experiment born from archived mutant DNA—is a catalyst to recall purpose. She’s both a product of man’s darkness and the promise of humanity’s rebirth.

I won’t deny that Mangold, Michael Green, and Scott Frank‘s script is overly sentimental at times with its myriad examples of familial responsibility (Charles as a father figure to Logan, Logan as one to Laura, Gabriela as protector, Rice as creator, and Eriq La Salle‘s Mid-West farmer and his compassionate and optimistic family), but it works because those feelings (or lack thereof) are what drives Wolverine’s rage and indifference. This is his opportunity to be the man we know he is (see Days of Future Past), the one Charles helped him become before humanity’s fear and greed spearheaded a genocide their own failings only exacerbated. All that pent-up anger can be unleashed for good again. The spirit of those comic books he dismisses as fiction can live.

And it’s a glorious awakening of R-rated violence much like the grounded, heavy atmosphere of Netflix’s Defenders when compared to their Marvel Hollywood counterparts. That anger manifests in unbridled aggression held back only by the pain reverberating through him with each swing of his claws. It’s bloody and intense not to sensationalize, but to portray the internal suffering eating at Logan’s soul. He’s the aged bruiser going further than he should, Laura the energetic sparkplug with infinite endurance. The two don’t get too many long take fight sequences, but when they do its a punishing experience. The men they kill on Pierce’s team might be nameless, but they serve their purpose to provide these two a reason to unleash their gifts and recognize which side they’re on.

The action is therefore more personal and intimate than ever, the characters more emotionally raw and vulnerable,too. There’s as much pathos in Merchant’s portrayal of a regretful, guilt-ravaged Caliban as there is electricity in Holbrook’s fascinating hybridization of mutant super fan and jailer. Stewart gives the tragic Professor X as much woeful self-torment as he does joyous excitement in being out in the world again. Keen steals the show at times with her stoicism and feral instincts, standing up to Jackman’s labored yet still intense Logan. He’s an unpredictable Wolverine possessed by brutality and heartbreak: one who’s true to his character (rather than a plot device) with as much potential to ignore a fight as run straight towards it. This is a superhero film with stakes.

That last point is what makes the journey so worthwhile. We don’t ever receive concrete details about how the world got here, just subtle hints about Charles and Rice’s roles. But we also don’t need to know. For once the story isn’t about the threat as much as the people caught within it. It’s about the torture these powers have wrought, the ways they’ve been exploited and how they’ve exploited themselves and others. Characters are going to die because, like reality, that’s what we all do. Many are already gone before the opening credits begin and many more will leave us before the film fades to black. There’s still humor and fun, but only to remember what was and could be again.