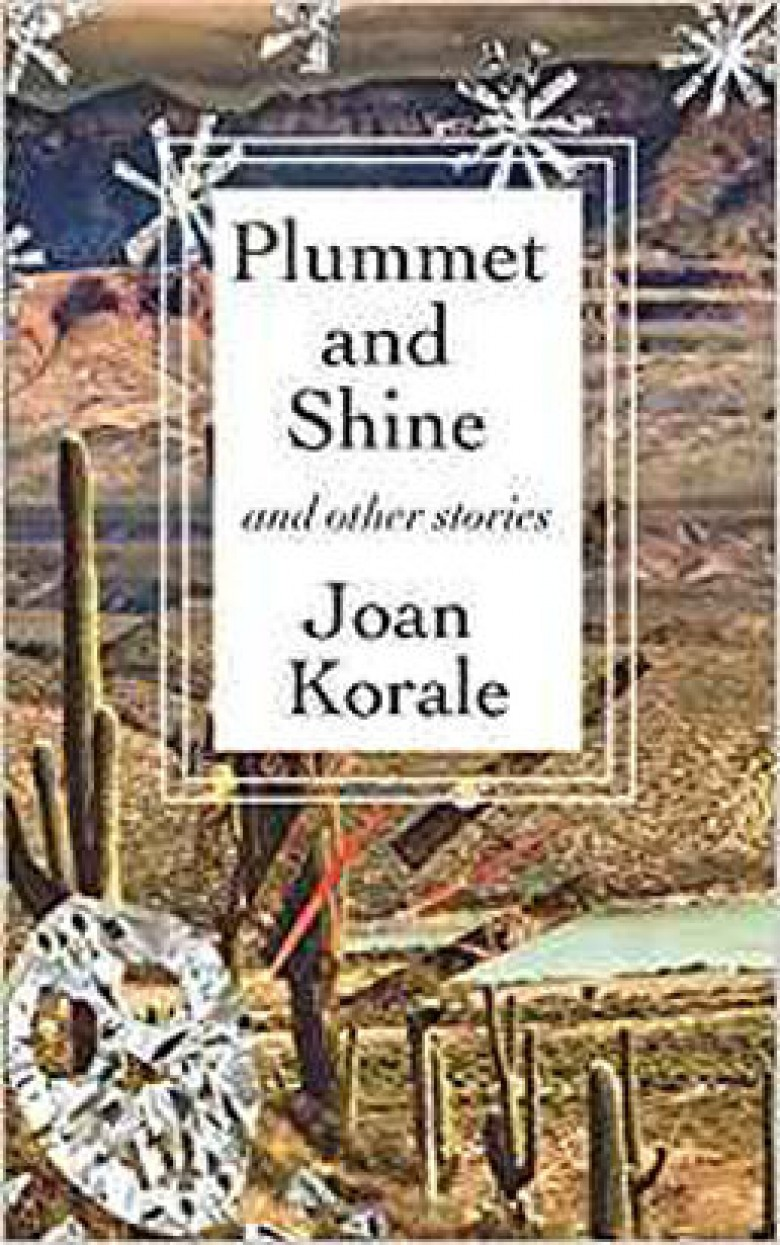 “I don’t have to recognize it. I just have to save it.”

There are a lot of haters out there—those who pile on Zack Snyder, the DC Extended Universe, and both. I’m not one of them. But that doesn’t mean I’ve loved what they’ve delivered. We’ve received one good film (Wonder Woman), one ambitiously enjoyable mess (Batman v Superman), an okay origin tale (Man of Steel), and a mildly enjoyable mess (Suicide Squad). Despite this union’s many flaws, however, it’s consistently brought something wholly unique tonally in comparison to Marvel. And while we can argue which is better, more successful, or artistically rewarding all day without reaching a consensus, everyone should agree that different is good. I don’t want Disney to buy DC and homogenize our imaginations further than they already have. I want to tell these properties apart.

What better way to prove their differences than with a convergence of those aforementioned films’ superheroes (minus Suicide Squad) to rival Marvel’s insanely successful (financially and critically) The Avengers? Not only was Snyder and company ready to ignore lengthy origin tales for three main characters that will feasibly exist on a comparably equal level as the big three (Superman, Batman, and Wonder Woman), they were dealing with an unseen evil, a monumental death, and seeds for future carnage. Justice League would therefore be the culmination of Snyder’s Jesus allegory, the moment where his darkly brooding world that so perfectly mimicked our own reality’s sense of hopelessness could welcome a much-needed chance at salvation. And maybe that’s what he was going to deliver. Sadly we’ll never know.

Don’t be fooled by Snyder having sole directorial credit. This isn’t quite his film. If Joss Whedon (the man who stewarded Marvel’s The Avengers and therefore what could be the final nail in the coffin for originality as DC appears to want to copy rather than compete) had truly only handled post-production as was the party-line when his predecessor rightfully recused himself to deal with the tragic death of his daughter, it might still have been. But Whedon wasted no time making it his own with rewrites (he’d earn co-screenplay credit with original scribe Chris Terrio), a new composer (Danny Elfman), and two months of reshoots adding to almost three times the usual price-tag big budget productions like this allot. Where does one begin and the other end?

My answer: “With Henry Cavill‘s fake upper-lip.” What’s funny, however, is that I might be right. The actor who plays Clark Kent was in the midst of filming another franchise with a contractually bound mustache that meant Warner Bros. had to digitally erase it in every reshot scene. Unfortunately for all involved, it’s the first thing we see via cellphone footage of a young kid asking his hero Superman a question. The visual was akin to those comedy bits wherein one performer’s mouth is superimposed onto another performer’s face and it is just as distracting as that sounds. Luckily Kent is dead, this moment but an entry point into a world rife with depression now that his beacon of hope is extinguished. We can move on … for now.

What we receive instead is a disjointed series of vignettes hoping to reveal where Bruce Wayne (Ben Affleck), Diana Prince (Gal Gadot), and Lois Lane (Amy Adams) are physically and emotionally in the aftermath of Superman’s demise. It’s either way too much information without warning (Batman using a thief as bait to capture an as yet only ever seen in nightmare Parademon) or not enough information to warrant its inclusion (Wonder Woman saving hundreds of people to remind us what she and her lasso can do as though her own movie released six months ago didn’t gross $800 million worldwide). And if that’s not enough, we’re whisked away to Themyscira to meet the big bad (Ciarán Hinds‘ Steppenwolf) and blindly accept the existence of three all-powerful “Mother Boxes.”

From there we watch the recruitment of Barry “The Flash” Allen (Ezra Miller), Arthur “Aquaman” Curry (Jason Momoa), and Victor “Cyborg” Stone (Ray Fisher) via rushed scenes similar to those Marvel sprinkled throughout five films before presenting their result and witness Steppenwolf easily retrieve what he needs to destroy Earth because his inclusion is less about being formidable and more about giving us an excuse to connect Themyscira, Atlantis, and the World of Man together. There’s a reason Justice League is only two hours long: the whole is merely an excuse to make friends, resurrect the dead, make a throwaway mention of Darkseid, and provide an after credits stinger that does more to advance the over-arching plot than anything that came before it. Oh, and some “thirsty” Whedon gags.

It’s as though the studio decided to mash The Avengers with Age of Ultron. They orchestrate a huge battle risking innocent civilian lives in a city far from any huge metropolis to minimize the disaster porn a la the latter all while letting a deep-voiced monster who’s collecting powerful tokens wax philosophically about destruction as annoying alien drones (the fear-feeding Parademons replacing Marvel’s Chitauri) are swatted out of the sky a la the former. Will Diana become the leader she must become? Will Bruce sacrifice himself in his old age, knowing his window for helping take on indestructible beings from other planets is about up? Will Barry get over his fear of everything; Cyborg his fear of living; and Aquaman the self-righteous solitude of voluntary exile?

DC is definitely making a concerted effort to lighten things up with humor and I’m sure a lot of what Whedon brought to the table does become Justice League‘s best parts. Although, since Ezra Miller is by far the MVP here as The Flash, perhaps a lot of it was Snyder and Terrio. Who knows? I will say this, though: I’m not sure how many more of these films I can take considering everyone but Barry and Bruce can take a punch in stride without so much as flinching. It’s cool watching Wonder Woman mow through people once, twice, three times. But five? Six? Steppenwolf provides them a foe of immense stature and strength, but they only fight him as distraction to reclaim those magical life/death boxes.

This means the only true drama comes when five of our heroes must battle one of their own ranks. Give me a full movie with evil Supes on red Kryptonite because that’s when the stakes are high. Give me internal animosity. Give me a reason why the Amazons and Atlantians stopped pulling their weight. Give me a reason to hate Steppenwolf besides everyone screaming that we should. We’re meant to accept that he transports via some magical pneumatic tube on faith because it’s never explained. So much of what’s presented arrives this same way. It’s all loose ends tied in a knot so that we can exit the other side into standalone movies. This isn’t a culmination. It’s a fortuitously convenient rendezvous promising more interesting plots to come.

Is there reason to buy a ticket? Only to ensure you’re not in the dark next time. On its own, however, there’s little being offered. Everyone hated those quick asides showing Barry, Arthur, and Victor during the middle of Batman v Superman because they said they felt like “mini trailers” that took them out of the plot. I disagreed because they were contextually relevant. They added intrigue to Bruce and Diana’s dynamic, foreshadowed secrets, and provided a purpose for the cat and mouse games in Lex Luthor’s mansion. The real “trailer” is Justice League itself from start to finish. It’s an epilogue to BvS that fixes its most interesting problem too easily and a prologue to Flashpoint, Aquaman, and Cyborg. It teases substance to pretend it possesses some.

Some action is good, comedy entertaining (Miller’s facial reactions never get old), and animation great (especially Cyborg’s when compared with Cavill’s upper lip). On the flip side: some animation is atrocious (Steppenwolf is a waxy action figure rather than flesh and blood entity); the Whedonesque quips on behalf of “sassy Mom” Alfred (Jeremy Irons) to allude to a possible romance between Bruce and Diana fall flat because there’s no need to reduce their relationship in that way when the world is literally on the brink of annihilation; and the shoe-horning in of Mommy and Daddy issues to piggyback on “Martha!” is trite considering Henry Allen (Billy Crudup), Silas Stone (Joe Morton), and Mera (Amber Heard) are pawns at best. Strangers do unite, but we’ll actually meet them later.