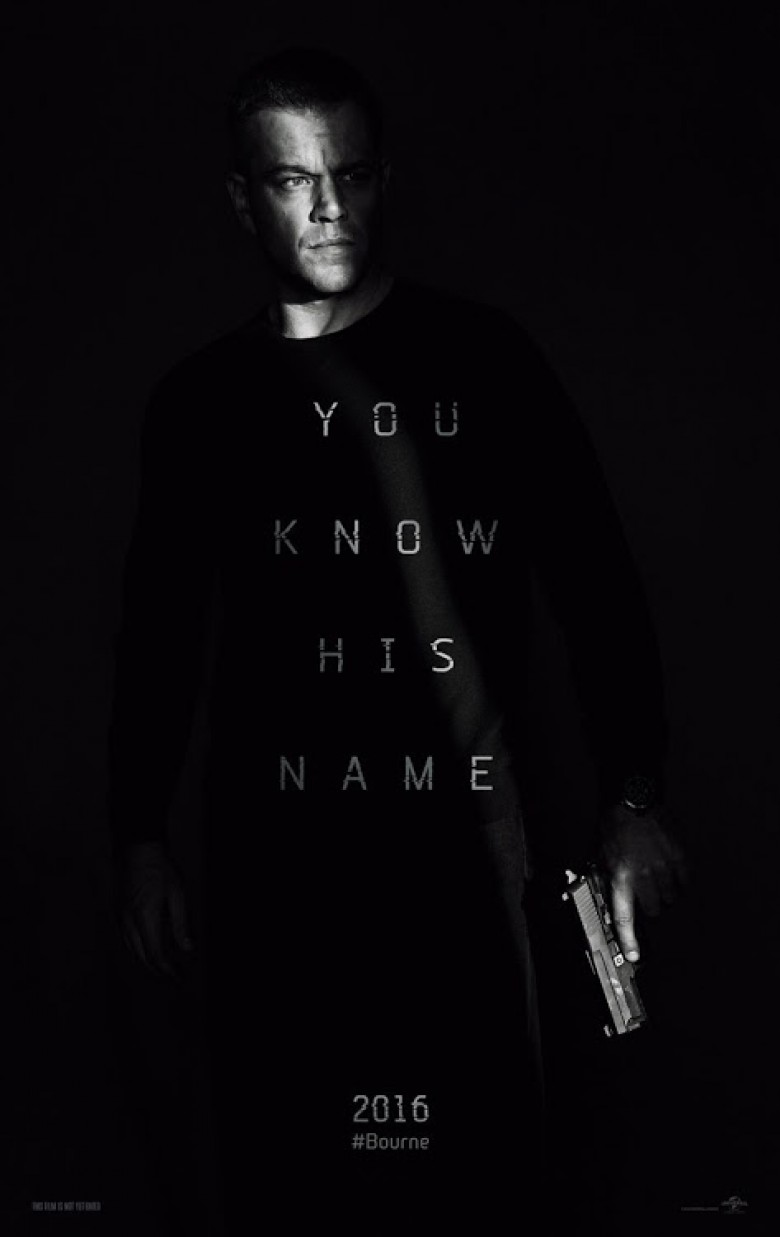 “And I heard you got hacked”

In the nine years since Matt Damon last played amnesiac black ops assassin Jason Bourne, (eleven movie years considering the character exclaims he’s been running for three in The Bourne Ultimatum after The Bourne Identity bowed in 2002), there’s been a lot of chatter about making a reunion work only to have the actor and directorPaul Greengrass emphatically say, “No.” It was with good reason too because they knew throwing a sequel together without a quality story that did justice to the original trilogy would be heartbreaking to themselves and fans alike. This is why The Bourne Legacy was created as an effectively ingenious spin-off within the same universe. Aaron Cross may know who he is but not exactly what he is—the formula mostly remaining intact.

Damon said it best in 2007 (Variety): “I think in terms of another one, the story of this guy’s search for his identity is over … so there’s no way we can trot out the same character. […] So if there was to be another one it would have to be a complete reconfiguration.” To bring Bourne back would be to introduce a character fully cognizant of who he was and how that relates to who he is now. That in and of itself is an intriguing prospect, one worthy of its own story beyond a ten-minute prologue depicting a stoic drifter knocking guys out in bare-knuckle brawls. But that’s all we get. That’s all Greengrass and his editor Christopher Rouse (who co-wrote) supply before ignoring Damon’s truth.

I’m not saying Jason Bourne is bad—it’s not. I had a lot of fun with it both for the character’s return and the suspenseful back and forth no matter how convoluted things ultimately become. It just doesn’t feel like a Bourne movie as much as it does “24”. What made the first four films in the franchise appealing was their ability to stay minimalistic as one man versus a deep-pocketed government organization that shouldn’t be defeated. The hubris of the CIA to create super soldiers without regarding what happens when the “un-killable” tool realizes his country is out to kill him itself hits on public consciousness without overtly falling into a political agenda. Right or wrong is our opinion; the films merely deal with disloyalty and consequences.

Damon had a keen grasp on the role saying, “So much of what makes [Bourne] interesting is that internal struggle that was happening for him: am I a good guy, am I a bad guy, what is the secret behind my identity, what am I blocking out, why am I remembering these disturbing images?” You hope he survives outside those constraints, but this installment potentially proves he can’t. What was a fresh take on the action/spy genre turns into another Hollywood popcorn flick with Bourne relegated to “good guy” taking down the corrupt head of the snake. Tired tropes like familial (Gregg Henry‘s Dad) involvement in Treadstone surface while ham-fisted subplots of Snowden espionage turn the film into a bloated “talk piece” rather than lean thriller as hoped.

It doesn’t reinvent the character either—something that can’t help but make the whole endeavor feel like a cash-grab rather than auspicious return via an impressive idea to restart everything we’ve been led to believe. Greengrass merely replaces amnesia with mystery. Rather than have Bourne not know a truth he should know by having bits and pieces of flashback flitter across the screen, the director has full memories reveal themselves to be incomplete because Jason was never privy to the internal machinations that set them off. He’s looking for answers rather than accountability. So since he’s not chasing the CIA, they must search for him—an endeavor that’s not nearly as appealing as the other way around. The story is therefore less about him and more about them.

Tommy Lee Jones enters as CIA Director Dewey, a stand-in for the totalitarian role played by Chris Cooper,Brian Cox, and David Strathairn before him. He’s of the old school of kill and cover-up while new Cyber Threat Director Heather Lee (Alicia Vikander) signifies the new of capture and convert. She hopes to bring Bourne back to the program, an idea that would provide the series the fresh injection it desperately needs to evolve. Rather than deliver the goods, however, it stays abstract to pit her against Dewey in a fight for CIA control. Add the convenient connections of his strong-arming her ex-classmate (Riz Ahmed‘s tech billionaire Aaron Kalloor who’s launching a Patriot Act-friendly social media platform) and you wonder what Bourne’s presence has to do with anything.

The only reason he’s even on-screen is because the hacker who got the snowball rolling downhill to risk shutting down Dewey’s latest Treadstone reboot was Nicky Parsons (Julia Stiles). She found Bourne’s father’s name in the stolen documents and had to let him know. Events transpire to make the game personal for Jason and off he goes on a wild goose chase Dewey and Lee piggyback atop. All objectivity is removed as Bourne seeks the truth surrounding his father’s death, Lee jockeys for position to unseat Dewey, and Dewey doubles-down on hardnosed patriotism ignoring civil rights. Even Vincent Cassel‘s asset—a role the franchise never let speak more than three words while emotionlessly following direct orders—is allowed a personal vendetta. It’s like misguided fan-fiction missing the point.

Bourne becomes the MacGuffin in his own movie, his involvement a means to save the lives or watch the deaths of those more directly affected by the plot. Besides the final bout of fisticuffs between Damon and Cassel succeeding in its brutal choreography, the action isn’t even that memorable. It feels like more rehashed set pieces attempting to loosely connect a scattershot plot into a cohesive whole that literally doesn’t concern Bourne at all. We don’t empathize with Vikander as we did Joan Allen‘s Pam Landy, a woman with conviction to do what’s right in a world that had lost its way. Heather Lee is just another selfish, power-hungry monster with a personal agenda looking to replace the former one. No one is altruistic here, just opportunistic.

So rather than deliver an exciting actioner with existential quandaries, Jason Bourne is positioned as a mirror of present-day chaos. It forgets we know the government’s problems—something Doug Liman understood—and seeks to make them the film’s centerpiece. It’s cynical and opinionated as it places Bourne in the background as a tool to unwittingly do the government’s bidding. Everyone is using him: Nicky searching for support in leaking her documents and Heather embracing outside-the-box thinking to earn a promotion. We loved this franchise because we sympathized with Bourne’s plight. We loved it more when we found out he was a volunteer because he showed the strength to change his mind. Now he’s nothing more than the stooge they created and he seems unaware of the irony.