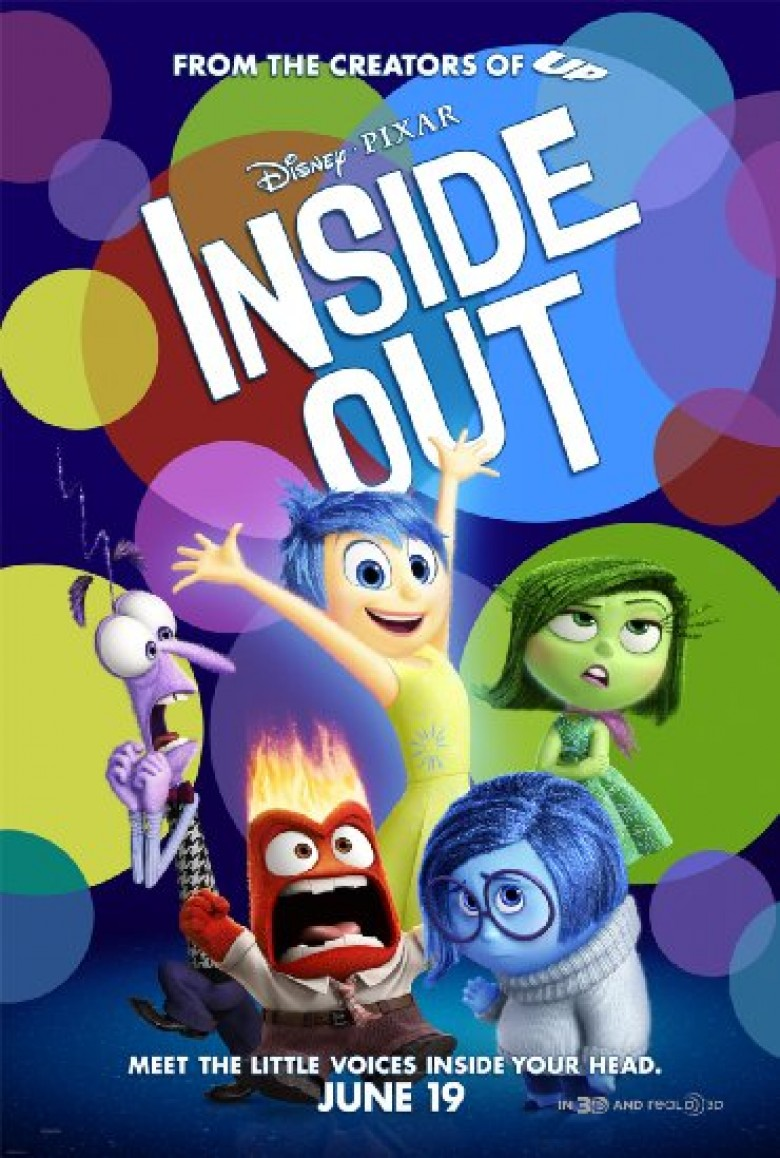 “I call it the Happy Core Memory Development Program”

The simplest ideas really are the greatest and Pixar’s made a legacy built on just such an ideal. They brought toys to life as living companions caring for our children. They humanized the monsters in our closets, conjured a spark of love in the circuitry of a tiny robot, and gave an old curmudgeon tired of too much loss the opportunity to rediscover the joy of living. So it wasn’t a surprise when the germination of Inside Out was announced on the coattails of John Lasseter‘s brief synopsis, “It takes place in a girl’s mind and is about her emotions as characters.” And it only could have come from the mind of Pete Docter: the singular genius who helped write each of the aforementioned contemporary classics (Toy Story, Monsters, Inc., WALL-E, and Up).

Oh, the possibilities that one line conjures. The roads to travel within the brain of a child are endless thanks to a bottomless imagination, buoyantly youthful optimism, and an as yet untainted view of the world free from jaded baggage life has a tendency of piling high. Take those myriad avenues and stir them together with a key make-or-break moment and you have an adventure universally experienced, literally and/or figuratively. We anticipate the angst as soon as Riley’s (Kaitlyn Dias) mind’s de facto leader—aptly named Joy (Amy Poehler)—explains how she just turned eleven. The ominous follow-up of “What could go wrong?” is almost unnecessary because we’re already thinking about what will. The real fun, though, is how Docter goes about showing that roller coaster catalyzed by an additional wrinkle of a two thousand mile uprooting.

The reality of simple ideas is that they become much more complex when brought to fruition. Inside Out is a perfect example because Docter and co-writers Meg LeFauve, Josh Cooley, and many uncredited helpers found themselves having to simultaneously tell two stories. It’s not enough to highlight the antics of Joy, Sadness (Phyllis Smith), Fear (Bill Hader), Disgust (Mindy Kaling), and Anger (Lewis Black), there also needs to be a poignant trajectory for Riley herself. One infers upon the other and their journeys must coincide in order to reach a natural endgame without one shred of contrivance or manipulation. A healthy dose of humor masks details that risk showing its strings and irreverence reminiscent of the equally brilliant Alice in Wonderlandensures we’re constantly moving and engaged in the relatable, emotion-based forks popping up along the road.

There are rightfully many of these diversionary paths when dealing with a system as complex as the brain. Not only is it spatially vast with a control center worked by Riley’s quintet of emotions, a labyrinthine library of fading long-term memory bubbles, the memory dump of forgetfulness, and core islands cementing her base values (friendship, family, goofiness, defining hobbies), but it has the room for countless other blanket aspects of humanity’s personalities generally pushed to the side as inconsequential. This latter anecdotal category provides some of the film’s best bits like solving why we get jingles stuck in our head or how we constantly transform personal opinions into bullheaded facts. The former gives a world of irreversible peril to set up yet another seminally tearful Pixar punch to the gut. And together they’re brilliant.

At its core is a message we each learn at Riley’s age—the truth of happiness being born from sorrow. It’s not about taking the good with the bad, but instead turning the bad into good as a result of loved ones’ compassion and the trust in them to let everything out without fear. Think about what it means to move away from the only life you ever knew, to imagine this wonderful utopia (Because why else would you leave?) yet only see a slate so clean that the emptiness permeates your soul. This is where we find Riley after Joy’s warm introduction. It’s that moment when happiness is tested and everything else boils over scalding hot. The first step away from childhood into adolescence comes with the lifting of a veil and there’s no turning back.

Now multiple this ten-fold by going inside her thought process as Joy seeks to suppress Sadness, Anger runs loose to blindly conquer what Fear avoids, and Disgust works to push everything that was good away while refusing to find any replacements. This is what Docter does when he loses Joy and Sadness into the memory banks, leaving Riley’s trio of misfit emotions scrambling for some semblance of stability. On the surface arrives a blank stare of indifference to worry Mom (Diane Lane) and Dad (Kyle MacLachlan) while inside falls prey to utter chaos unchecked by the certainties of a once idyllic existence. Depression sets in as everything she once was gets destroyed in a blink. Even if Joy and Sadness find their way back to command, the status quo will never be the same.

This journey towards balance is equally comedic and severe with characters once lost being found (Richard Kind‘s imaginary friend Bing Bong) and the ramifications of ambivalent rebellion reconstructing Riley’s very make-up. This isn’t a phase, though, it’s a metamorphosis on a cellular level with every character being forced to adapt. The filmmakers take this fact literally, forming the Emotions’ character designs with tiny kinetic particles in flux that cause their bodies to look fuzzy rather than smooth. They run hot and cold as memory spheres with corresponding colors change Riley’s mood and actions. Light bulbs of epiphany are installed for jarring U-turns, abstract thinking compresses dimensions, and trains of thought rolling on tracks are easily derailed in the volatile conditions consuming her. Nostalgia also runs extremely high as we begin recalling our own evolution’s collateral damage in kind.

So while Poehler and Smith’s rapport at trying to return home delights kids and adults alike, the real draw making Inside Out so great is what their relationship signifies at a deeper level only those teenaged and older can understand. Both actors play their roles with a mix of caricature and authenticity as they run parallel with Riley’s own attempts at finding a foothold in a life turned upside down. Black, Hader, Kaling, and the many cameos are fantastic too, but more in a comic relief capacity than anything else. (Anger, Fear, and Disgust’s actions to fake normalcy are actually what make Joy and Sadness’ trek so dangerous.) They’re all as colorful as the animation and as perfectly constructed as the ingenious world they inhabit. And at the end of the day Riley’s not the star. You are.