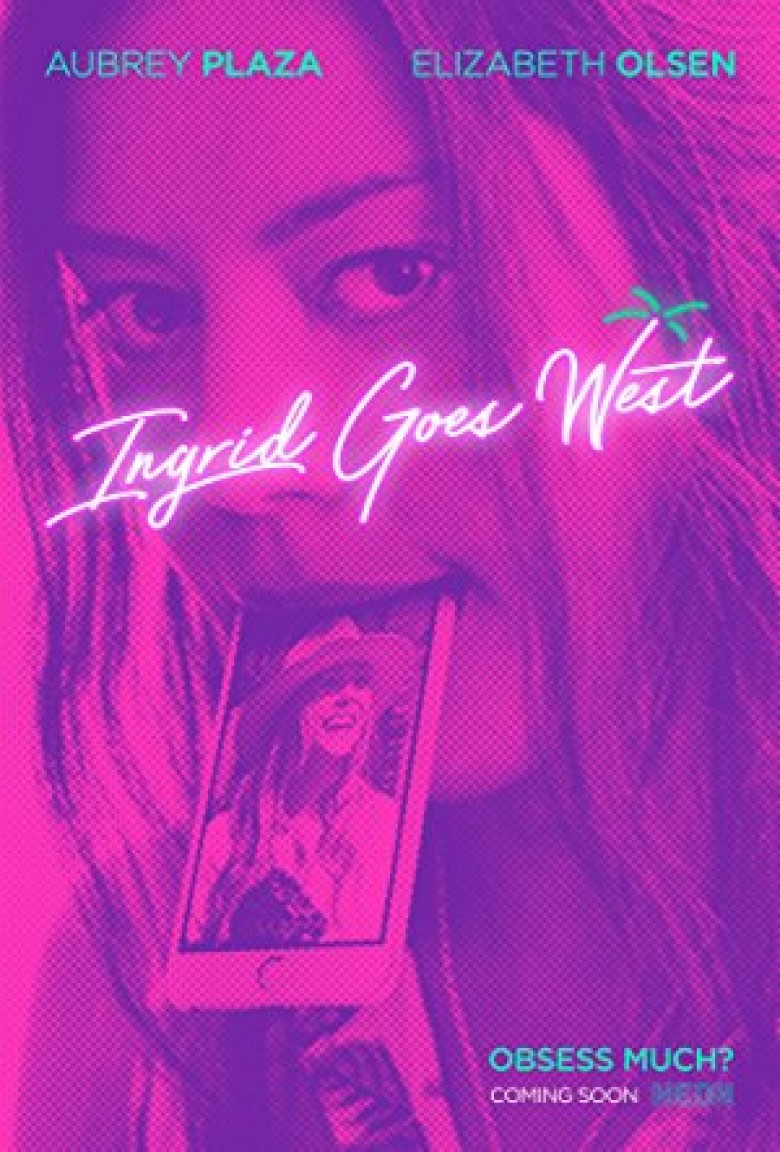 Many people are going to like Ingrid Goes West because its dark comedy seemingly mocks a culture they’ve wholeheartedly embraced. They’ll laugh because they see the titular lead (Aubrey Plaza‘s Ingrid Thorburn) as an exaggerated version of themselves: glued to social media, letting it literally control her life. She’s who they could be if they didn’t have the self-control to stop themselves from losing perspective and the ability to differentiate real life and identity from the fictitious ones cultivated online. So on this shallow, surface level, the film can be effective as a mirror of a stereotype parents are quick to believe is true of every Millennial. The problem, though, is that Ingrid isn’t just some unhinged narcissist to mock. Social media isn’t merely gimmick—it’s her escape from tragedy.

As such, the directorial debut of Matt Spicer (along with co-writer David Branson Smith) is a frustrating experience. It wants to give Ingrid a backstory that makes her more sympathetic than the punchline people believe she’ll be and simultaneously dismiss her present-day antics as actions to laugh at instead of the clear emotional and psychological cry for help that they are. The filmmakers choose to gloss over the true dramatic weight of her situation and focus on the darkly funny scenarios they can create from it, providing the humor for their satirical goals while forgetting the underlying message. They could have easily excoriated opponents and/or proponents of social media in ways that are relevant and resonant, but instead they create a run-of-the-mill stalker narrative too timid to say anything at all.

The opening scene of Ingrid crashing a high school acquaintance’s wedding (someone she believes is her friend because of a throwaway act of Internet kindness) is so over-the-top that you can’t help laughing. The character is introduced as a crazed character liking every Instagram photo the bride posts with a mixture of joy and jealousy at not being there to share the moment. So her rolling up to the reception and storming in to mace her unsuspecting victim has us reveling in the situation’s sheer absurdity. We quickly condemn Ingrid as insane because we haven’t been given any information to think otherwise. Then Spicer changes our understanding of her through exposition. He doesn’t, however, allow his film acknowledge the discrepancy.

You see, Ingrid’s mother has recently died after a lengthy battle with illness. We see the hospital bed in their living room and understand the time commitment necessary to care for her when Ingrid admits that they were “best friends.” More even than a mother, she lost her closest confidant. It’s no wonder she would latch on so strongly to whoever showed a modicum of compassion thereafter. Life post-tragedy is lonely and Ingrid looked to fill the void in the easiest way she knew: through social media. What better way to connect and experience people’s lives than via hourly posts about activities, interests, and desires? Instagram becomes an escape and a window. If this is how popular people act and live, maybe adopting a similar aesthetic means her days as pariah could be over.

That’s a lot of detail that sets up a story with the potential weight to understand what drives some to choose Internet relationships over those in real life. There’s good (an outlet for outsiders to find community) and bad (fuel for narcissistic lifestyles built on pixels rather than human connection). And both can be mined through the burgeoning friendship between Ingrid and online celebrity/tastemaker Taylor Sloane (Elizabeth Olsen). The latter only has to respond to an innocuous web comment for the former to cash her inheritance ($60,000) and move west to California. Thus begins Ingrid’s mission to appropriate this woman’s identity as her own while also revealing the truth that Taylor actually appropriated it herself from someone else years previously. The possibilities for an exposé on the power of social media to irrevocably change our identities are endless.

But while Spicer approaches such social commentary several times, he never pulls the trigger. Worse yet, he builds to a point where it seems certain that he will. Among the clichés he sprinkles as satire—Taylor’s husband Ezra’s (Wyatt Russell) art being merely painting hashtag wisdom atop others’ work, or Ingrid’s landlord/love interest Dan (O’Shea Jackson Jr.) trying to make a career as a screenwriter via fan-fiction spun from his unabashed love for Batman—are clever machinations that propel us towards a collision course of real versus fake that desperately wants to vindicate Ingrid as empathetic and expose Taylor as a vapid soul-sucker. There’s even a wonderful scene between Ingrid and Ezra that dives below their manufactured façades before everything derails.

Then Taylor’s manic brother Nicky (Billy Magnussen) enters for no reason other than to unmask Ingrid. But we don’t need him to do this because Ingrid and Ezra’s heart-to-heart alowed her to do this herself. That breakthrough moment reveals how she’s been led astray and still possesses the capacity to stop. And she might have done so were it not for Nicky threatening to blackmail her. This one act ruins all the progress made to render Ingrid redeemable by forcing her to spiral even further into a hellish world of vanity and lies. Social media is completely tossed aside as a prop that’s no longer necessary while the plot moves forward with the escalating danger of an unhinged psychopathic loner against a world beholden to an unrealistic views of normalcy.

As such, the film becomes less a depiction of social media’s corruption and more of proof that a new social order has arrived. Rather than place Ingrid as the common man able to see past the deceit for the capital gains that Internet notoriety provides, she’s transformed into the outsider who must pave her own way towards glory. Because glory is the ultimate goal as set by Spicer and Smith—quantifiable popularity forever winning out over any semblance of humanity Ezra, Dan, or Ingrid might retain. So, in the end, no one is redeemable here. Everyone strives for fame and discovers that it has less to do with them and more to do with the audience they cater to. Ingrid Goes West thus fails to shed light on anything we don’t already inherently presume.

There’s no message to learn when everyone proves to be opportunistic and accepting that tragedy is as much a commodity as success. Plaza and Olsen are fantastic at playing their characters with self-aware cliché, Magnussen always excels as a pretty-boy douchebag, and Jackson Jr. and especially Russell show the potential to be more than the pawns they are. They’ve all embraced the roles Spicer has given them; he simply doesn't include any room for them to grow or adapt. They’re there to make us laugh at them rather than to give us a reason to laugh at ourselves. And despite the fact that they all have real problems that any bad behavior could help excuse, it’s revealed that they’ve actually become bad people in the process. Such hollow cynicism just isn’t that interesting.