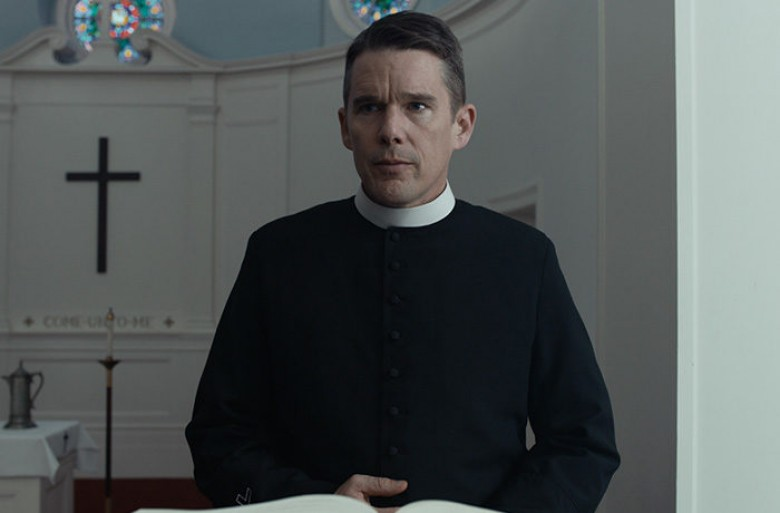 We live in a time of extremism—where our reaction dial is turned up to eleven regardless of our true interest in a cause or its true importance. Somewhere along the line civil and constructive discourse was replaced by screaming fits of unjustified rage, nuanced topics debated as pissing matches between two sides vying to stay incensed the longest. There are no winners with this line of rhetoric because facts become secondary to passion. Suddenly it’s all about who makes the most noise, who refuses to back down no matter right or wrong, and who’s willing to go the extra mile to make his/her point. In an age of the 24-hour news cycle, peaceful activists with conviction are ignored because warped, meaningless carnage will always explode next door.

So how do we combat it? How do we look at the world around us and believe things will get better when they’ve only steadily grown worse with each passing day? When experts say the world is dismantling before our very eyes and we willfully ignore it for profit and/or political capital, how does a sense of nihilism not descend as though a blanket of cold nothingness to combat the increasing temperatures of self-righteous horror? Some let it take them, resigned to the notion that their time is almost over. Others delude themselves into thinking facts are subjective and destruction a path towards rebirth. The rest somehow face it with strength and optimism, believing an answer will arrive—that mankind will acknowledge its error before it’s too late.

But it’s too late already. This is why the greedy turn greedier while working for the present without interest in a future they won’t have to suffer through. And that’s what makes the latter group so inspiring if also naïve. You look at a man like First Reformed‘s Reverend Ernst Toller (Ethan Hawke) and see faith where hopelessness should reside. Here’s a man of the cloth and patriot at the tail end of a military legacy. He pushed his son towards that calling and experienced the loss of love upon learning of the boy’s death during a war even he didn’t believe in. That loss took his capacity to stay the man he was. It took his career, family, and joy. His understanding of God, however, somehow remained.

Was it the same, though? How it could be? We find Toller at a small church with a storied history in upstate New York, the position a favor from the capitalist preacher of the large Abundant Life evangelical congregation (Cedric the Entertainer‘s Joel Jeffers) who pities his misfortune. He’s a heavy drinker numbing the demons of his own guilt, the same ones that have made it so he can no longer bring himself to pray. That sense of emptiness has begun to eat away at him, his inability to forgive himself metaphorically manifesting an illness we know straight away to be mortal. All he can do is write a journal; pour his thoughts out to put on paper what he cannot yet share in a confrontation with God.

Writer/director Paul Schrader has isolated this man. But where that quiet loneliness might allow the room to heal and find meaning in his hardships, it could also provide the opportunity to let despair grow. Rather than stand at the pulpit of a thousand people talking platitudes and parables, Toller is positioned above a handful of souls barely clinging onto the idea of religion as more than a distraction. He’s tenuously set between two worlds represented by a young couple that comes every Sunday: Mary’s believer (Amanda Seyfried) and Michael’s activist skeptic (Philip Ettinger). Recently pregnant, she’s ecstatic. Recently released from prison, he’s torn. Toller is asked into their home to counsel Michael as a man with experience in both life and death. He’s asked to question his faith.

How should a man of God react to what’s happening? Should he accept the changing times and look to prosper within or retain a voice willing to stand up for his moral imperatives in the face of mounting pressure? When will religion itself disappear, its altruistic form usurped to become a tool for those seeking to lazily justify hate by appealing to a community’s gullibility? If we’re being honest, the answer to that last question was some time last century because we have gone far beyond the threshold of acceptance. Rules that were once very strict have become malleable depending on who has broken them. God has been bought and sold. And while some are blind because His sale benefits them, Toller is being awakened to the truth.

Schrader has given his lead a scenario that gradually and deliberately pushes him towards the edge of choosing between two concepts he believes are complementary and forever intertwined. The hope God provided him in the aftermath of tragedy wanes because he’s yet to recover. The despair fate has allowed to lick at his heels grows because he sees now recovery might not be a feasible option for anyone. He watches monsters like local entrepreneur and energy magnate Edward Balq (Michael Gaston) bend righteousness to his whims while being unable to see angels like choir leader Esther (Victoria Hill) as more than reminders of the past he cannot reclaim. Toller begins seeing life through extremist eyes. He starts to comprehend how life became a war with one end: destruction.

It’s a brilliantly conceived trajectory performed with powerful conviction by Hawke. Shot fullscreen and devoid of score until almost halfway through, First Reformed proves a claustrophobic enterprise that keeps Reverend Toller’s descent (or enlightenment depending on your political, philosophical, and religious ideals) front and center. Unfortunately, it also finds itself devoid of nuance in the process. Every step forward becomes another blatant example of mirroring or juxtaposition. Characters we know to be implicitly crucial to Toller’s transformation linger until Schrader has sufficiently made it explicitly known. The middle act is exhausting as a result, each revelation punctuating his gradual unraveling screaming for attention it already earned. Schrader has never been accused of subtlety, but in this case a little would have gone a long way.

With that said, the slow dissolution of Toller’s filter and patience leads to some wonderfully pointed encounters. And the ending’s multiple starts and stops—no matter how obvious the circumstances—keep us riveted with suspense. This film is about a once centered and balanced man who finds himself in the middle of an existential tug-of-war between right and wrong, education and terrorism. When peace becomes fruitless, violence is seen as the last logical move despite emotions driving it. When evil prevails with applause, its deception masked as charity, a wake-up call becomes necessary to open eyes to truth. Despair can open many at once, but its impact is too often lost. Love, however, will change one at a time. While much slower, its impact should endure.