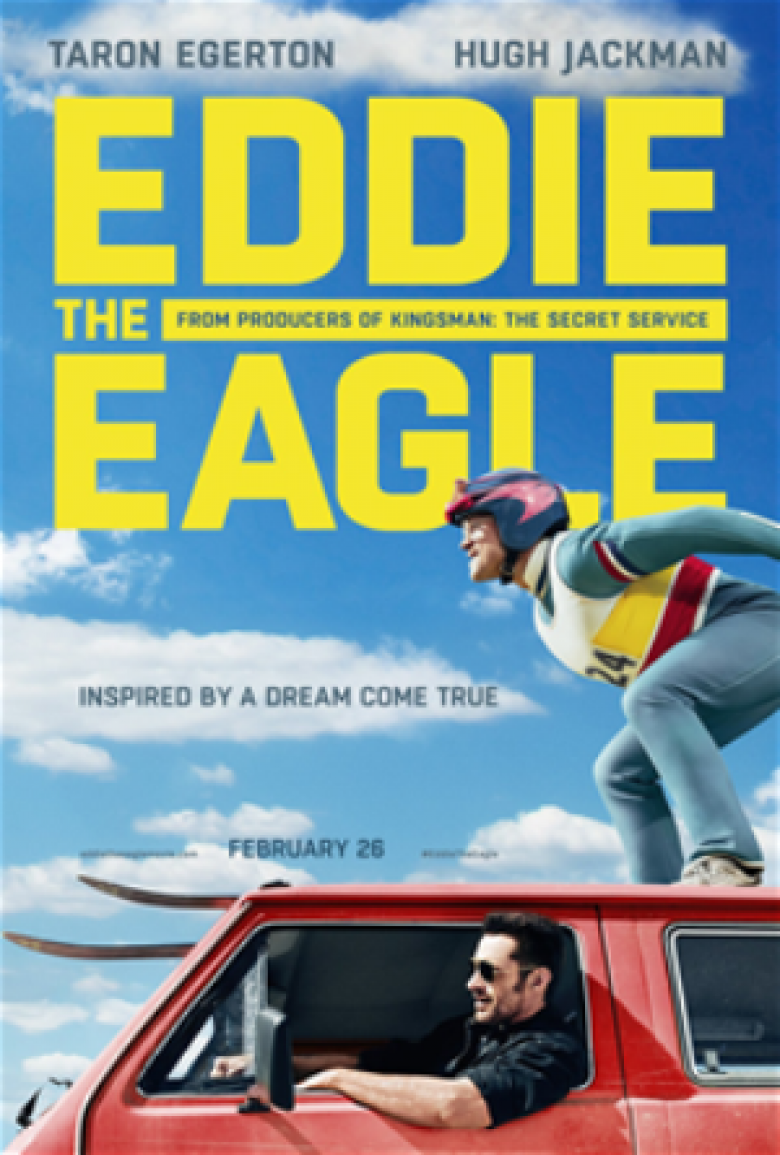 I was a freshman in high school when we traveled to Lake Placid as part of an Earth Science field trip. One of our main stops was the old 1980 Olympic compound, the most exciting bit of which was the ski jump towers to get a sense of the height involved. What I remember most about the tour guide’s history lesson was his mention of it being the site where Britain’s Eddie ‘The Eagle’ Edwards practiced before his bid at the 1980 Games in Calgary. That’s pretty much all he shared—no details about winning a medal or setting records. Knowing nothing about the sport, I just assumed mentioning the name meant he was one of the greats. The truth, however, proves Eddie was anything but.

Even so, the story gave Lake Placid—a place where relatives of mine still reside—relevant longevity beyond the “Miracle on Ice.” This poor plasterer from Gloucestershire moved there after missing the 1984 downhill cut to take a stab at ski jumping thanks to a loophole wherein England had no team to compete against him for a spot. It was there that John Viscome and Chuck Berghorn got Eddie ready for the 1987 World Championships on route to the big show. It’s a true underdog tale of perseverance against extremely long odds and one that earned enough celebrity status for him to keep popping up on different reality TV shows over the years. Unfortunately, screenwriters Simon Kelton andSean Macaulay didn’t think that was good enough.

At least I now know why Dexter Fletcher‘s Eddie the Eagle felt so manipulative: it was. The filmmakers saw a feel good story of an obscure joke becoming English legend and decided to milk it by also creating a fictitious American coach living in Germany named Bronson Peary (Hugh Jackman). It wasn’t enough for Eddie (Taron Egerton) to overcome crazy odds by learning a sport in two years that athletes practice at age six, they wanted a drunk, washed-up would-be champion who fate has wasting his life on the grounds of an establishment continuously reminding him of his failings too. So while Eddie must prove his father (Keith Allen) and country wrong, Peary battles personal demons and the stinging final words of former coach Warren Sharp (Christopher Walken).

These two men are literally written to make us feel rather than learn. And they do. The audience loved every minute of Peary’s gradual thaw into Eddie’s champion and friend because mainstream audiences eat that stuff up. They also loved the constant underdog underpinnings wherein every stumble along Eddie’s trajectory was met by Dad gruffly saying he never wants to hear the word Olympics again and Mom (Jo Hartley) being extremely supportive by telling her son to never give up his dream. It’s funny when young Eddie throws a javelin through the window. It’s funny when he starts apprenticing at Dad’s plastering firm only to realize his lack of talent at summer sports could be better used in winter. It wasn’t the fifth, sixth, or seventh time.

This film is built as though by numbers to hit every emotional pressure point in order for its audience to feel sorry for their hero’s missteps and thrilled by his accomplishments. Unfortunately, that type of storytelling is quite possibly the shallowest form there is. It’s cute to watch—don’t get me wrong. I thought Egerton doing his best Bubbles from “Trailer Park Boys” was endearingly funny (even if Fletcher’s desire to show his reaction shots in close-up made it seem like they were mocking Eddie rather than immortalizing him) and Jackman’s Peary, while stock Grinch, an entertaining foil. They aren’t real people, though. They’re shadows going through the motions of a familiar sports adventure that would rather rely on sex jokes than engross with plot.

It simply takes its crowd-pleaser ambitions too far at the detriment of pure cinematic quality. Why give Eddie’s detractors complexity when you can more easily paint them as stuck-up villains reveling in the boy’s failures? Why allow Eddie’s drive stand on its own in Lake Placid when you can fabricate a sorrowful sidekick mentor seeking redemption who therefore legitimizes the sideshow by making Eddie’s success his own? Throw in a running gag about the Norwegians never wearing clothes, let Jackman deliver an over-the-top faux orgasm to make us giggle, and have Egerton drink milk like he’s George Francisco from Alien Nation because comedy hides shortcomings. But it doesn’t hide it enough to forgive the filmmakers for exploiting Edwards as much as the Olympics media did in ’88.

The entire thing can be succinctly summed up by an encounter between Edwards and world number one Matti Nykänen (Edvin Endre). In it the champion pats the Brit’s back with admiration, explaining how they’re alike because they jump for the thrill of freedom. Matti knows he’ll win and Eddie that he’ll lose, but they do it anyway because of a drive to be their personal bests. It’s a worthwhile message and if this film gives even one kid the inspiration to work hard and reach the stars it succeeds. Would I recommend you watch it for its cinematic value, though? Would I even compare it to Cool Runnings‘ underappreciated joy? No. It wants to be both things, but in reality it’s merely sanitized cuteness and forgettably so.