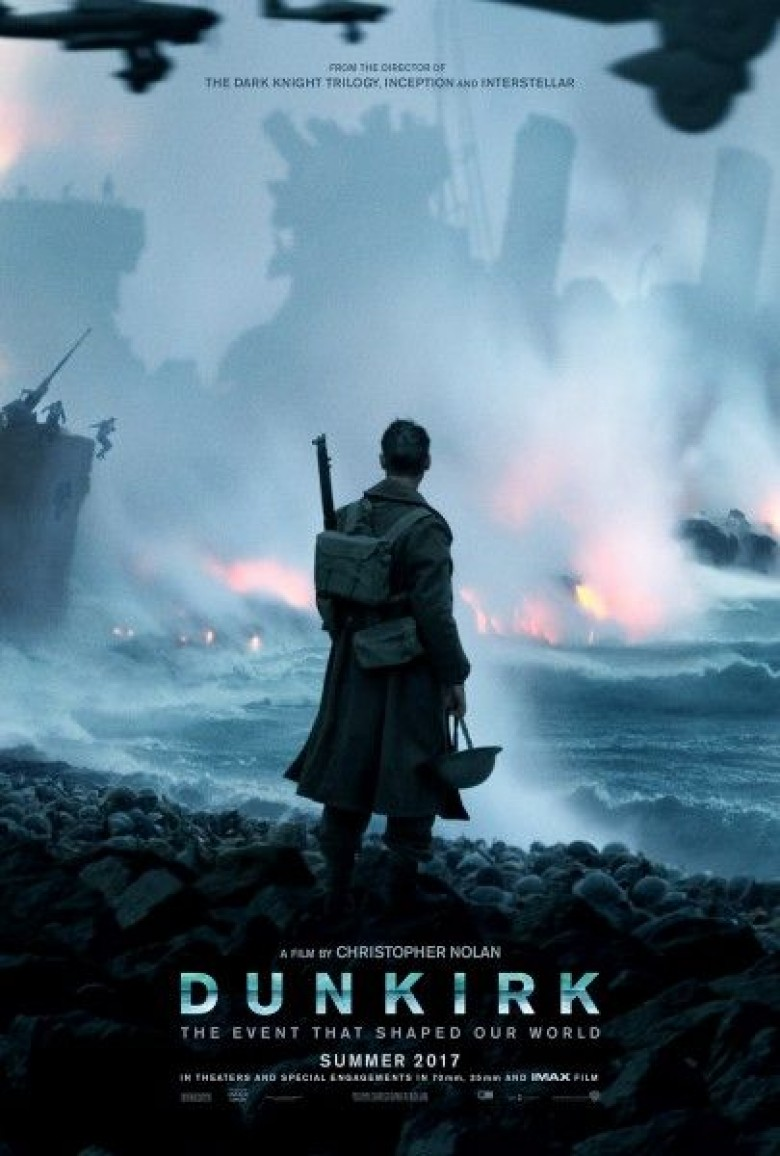 “He may never be himself again”

War is often depicted as a quantifiable number of those who survived and those who did not. Many films choose this route, picking a battle to show the firefight’s chaos and cost. We remember the Battle of Gettysburg and D-Day as turning points, insane offensives that wrought heavy casualties just as they provided a newfound and tangible hope for victory. It’s glory or despair that’s highlighted depending on whose perspective the story adheres to because we want to witness the emotional gray areas of melancholy as they build toward necessary finality. So it’s with great pleasure that I can say Christopher Nolan‘s Dunkirk exists to buck that trend and supply a vision of war’s brutality in all its destructive anonymity. This is war’s unrelenting sacrifice in death and life.

It’s the story of a retreat after France was lost to Germany’s push west through Europe. With more than 400,000 British soldiers caught on the French shore desperate for a way home, it appeared as though help might never come. Churchill had to think about what was coming next, after all. He had to ensure that there would be resources available for the inevitable invasion at his own front door. It would have been a tactical error to risk losing warships and planes even though he would need as many of those stranded boys as possible to man both vessels in the coming days. The hope was therefore to do the best they could with minimal resources. If 40,000 could escape, the evacuation would be deemed a success.

This is the context for what Nolan brings to life in an interwoven triptych of land, sea, and air. He traps us in the water separating mainland Europe (enemy terrain) from England (home) and he does it through intuitive storytelling relying upon actions rather than words. The opening scene contains sparse dialogue as the frantic search for sanctuary by Tommy (Fionn Whitehead) unfolds—the lone survivor of an onslaught by unseen foes on the wrong side of the French sandbag trench protecting the beach that houses Dunkirk’s East Mole (man-made sea wall), already packed to capacity with men just like him. The fact that he is intact to hit that sand is fated, his journey to leave it a nightmare where success simply means readying for more.

His is the arc on land, one lasting an abbreviated portion of the nine-day evacuation. Mr. Dawson’s (Mark Rylance) trajectory is that of sea during a full day on his private yacht alongside his son Peter (Tom Glynn-Carney) and the boy’s friend George (Barry Keoghan): to Dunkirk and hopefully back. He’s a man who can no longer sit back and watch as young boys die for his freedom, setting off to ferry survivors before the Navy could commandeer his boat and force him to stay behind. Dawson will eventually reach the likes of Tommy and others treading water after multiple ships are bombed from the air just as the third “lead” in Farrier (Tom Hardy) will, too, his pilot’s potential as everyone’s angel lasting an hour’s worth of fuel.

It’s an ambitious undertaking for Nolan because he’s dealing with three distinct narratives that overlap only within the hour that Farrier and his compatriot Collins (Jack Lowden) are in the air hunting Germans. Yet all three begin at the same time, so the emotional heft of each parallels the others. This is why we see certain events and characters multiple times (the rescue of Cillian Murphy‘s shivering soldier by Dawson is shown before we see him with his wits opposite Tommy days earlier), the cause and effect of every action creating devastating ripples. One man helping another could mean a third man’s death. One man’s death could mean the salvation of ten. Sometimes a man sacrifices himself for the many, and other times the many sacrifice one for themselves.

This latter truth is the core message and why we invest despite seeing just one side of the fight. The Germans are never seen except through weaponry (bullets and airplanes). Their role as adversary is a means to dictate environmental constraints rather than to provide conflict. That arrives instead via mankind’s desire to live and the horrible things we’ll do to ensure that. The film’s enemy is therefore the darkness within us all—the fear that has a way of making us act in opposition to our hearts and souls. It’s about shell-shocked soldiers pouncing on their saviors. It’s about desperation quickly rendering the lives of those around you forfeit. Often we see boys mowed down, the survivor smiling at his good fortune rather than lamenting their sorry fates.

That’s what makes Dunkirk an unforgettable film. It’s a work of art that challenges our perceptions of heroism by providing a somber depiction of small acts with huge impact, with fanfare a luxury none can afford. It shows how legends will be born out of the same event through both life and death—loss carrying an air of purpose just as survival provides a glimmer of optimism in a time of darkness. We align ourselves with opportunists (Tommy and likeminded soldiers like Aneurin Barnard‘s Gibson and Harry Styles‘ Alex as they search for any advantage in returning home), selfless volunteers (Dawson, Peter, and George risk their lives when it wasn’t their duty), and classically defined heroes (Farrier constantly weighing his life against the many only he can save) alike.

The futility of war it witnessed differently than in your usual war film. It's seen through a pragmatic lens outside anyone’s control. There’s simply no recourse on behalf of anyone involved save Farrier and Collins, as the rest are fish in a barrel. These boys can’t grab guns and outflank their enemy. They can’t dig a hole or find higher ground. All they can do is wait and pray. And when their prayers are answered, they must wait and pray again since every new locale is just as tenuous. So there can be rejoicing one second and screams the next, as giant warships capsize and inflict the type of carnage the Titantic endured at a much quicker pace. It’s one thing after another as safety proves to be a commodity no one can afford.

Dunkirk is as much a disaster film as it is a war flick, constantly either running towards chaos or from it, with teenagers facing moral quandaries that people their age should never have to grapple with. Your spot home means one less for the rest. Your life is quite possibly another’s death, and there’s no getting around the psychological toll that reality takes. As the world literally comes tumbling down on top of these characters’ heads in the form of steel and water pushing them down or the mind’s inability to look beyond the horror scarring it from acknowledging the cost of its actions—we embrace them as a philosophical concept of good. Some are nameless and some are imperfect, but they all reveal a nightmare that ultimately allows us to persevere.

And they won’t all make it out alive. Nolan fearlessly puts the cost on screen, whether the deaths have meaning or simply occur. He’s created three distinct stories (those looking to leave, those inexplicably coming to help, and those still in the fight) with their own tragedies and promise. How they intersect is minimal outside the big picture of everything happening together. Nolan doesn’t seek to highlight one character above another because they’re all equal in their impact and bittersweet resolutions—they’re all men caught in Hell. He’s crafted a film that embraces its indifference to convention to express an abstract with resonate power and understanding.

War is more than its beginning and end. It’s also a perpetual horror without rhyme or reason which those who lived it will never forget.