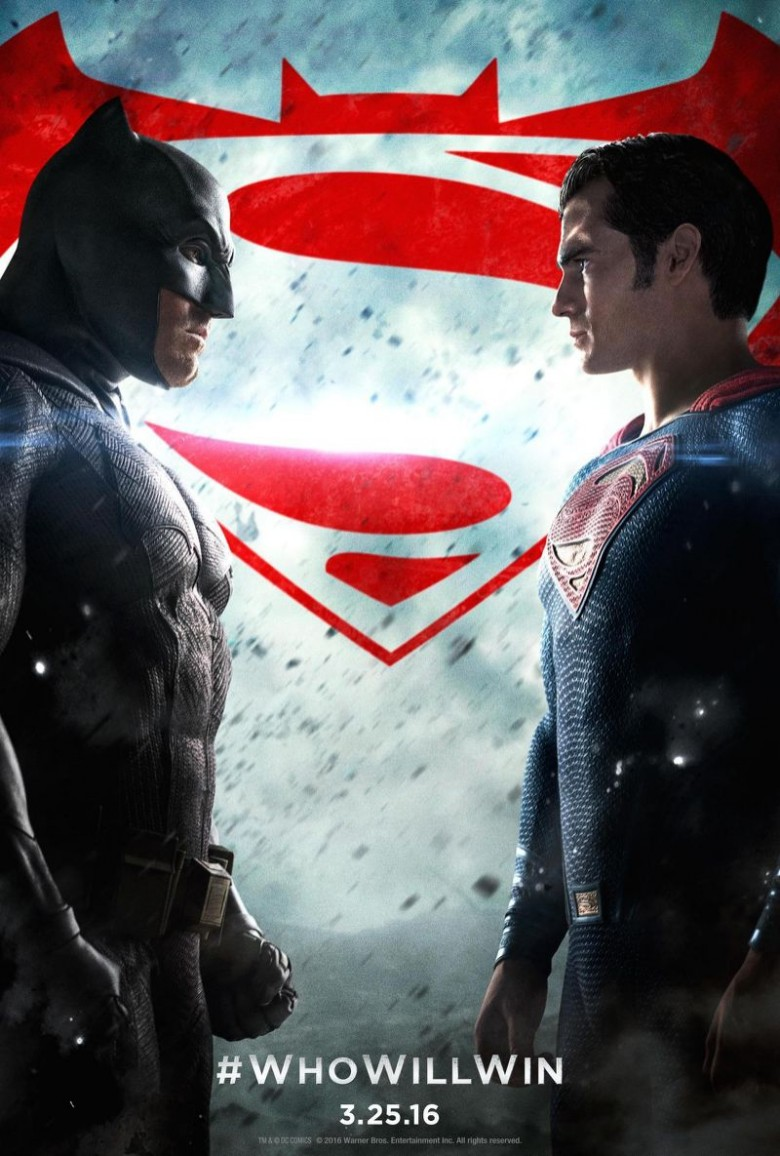 “Ignorance is not the same as innocence”

Director and steward of Warner Bros.’s entire DC Comic universe—for better or worse depending on your personal opinion of the man’s portfolio—Zack Snyder has spent two years telling us Batman v Superman: Dawn of Justice is ostensibly Man of Steel 2. It is not. This thing is a Batman film from start to finish. It shows how Bruce Wayne (Ben Affleck) focuses his rage to combat the world’s newest destroyer. It’s about a good man turning cruel as Gods threaten the sanctity of all he holds dear. We watch his parents die (again) during the opening credits and review the climactic battle between Superman (Henry Cavill) and Zod from his Gotham millionaire’s perspective. Will darkness consume him? Will he turn Supes evil? Will he lead the future?

These are the questions David S. Goyer and Chris Terrio ask throughout their epic meet-up of classic heroes that’s ultimately a prologue to the forthcoming Justice League film. Don’t fret, though: introductions to Cyborg (Ray Fisher), Flash (Ezra Miller), and Aquaman (Jason Momoa) are uncredited cameos totaling three minutes. Snyder and his team don’t simply try to throw as much as they can at the wall at once, they whet our appetites with rudimentary glimpses at the reality that these meta-humans are in fact among us. Just like Wonder Woman’s (Gal Gadot) feature length debut will take place "one hundred years ago", there’s room to delve into the not-quite-so-distant past for everyone else too. This world already exists.

Superman should be our hero because we’ve spent a film with him in that light, and we perhaps expect Batman to arrive as the aggressor, this isn’t the case. Superman’s presence brought us Zod —and no matter how unwittingly—his presence caused too many lives to be lost in the tragedies that befell Smallville and Metropolis. Rather than ignore this reality, Wayne takes it upon himself to combat it. Does he go a bit far thinking Superman must be killed because there’s a one percent chance he annihilates mankind? Yeah, that’s a pretty cynical and wild conclusion to take. But we’re talking about a vigilante born from watching the senseless murder of his parents. The world is a harsh place and he must embrace that pain to save it.

As a result we have two anti-heroes: One’s the white hat delving into grey territory when it suits him and his love (Amy Adams‘ Lois Lane). The other, a black hat going rogue against the advice of his trusted confidant (Jeremy Irons‘ Alfred) to protect the greater good. They are opposite sides of the same coin and people are being hurt in both of their wakes. Our true villain is Lex Luthor (Jesse Eisenberg - going more Joker anarchy than Gene Hackman cunning) pitting them against one another at the detriment of the masses. The rest: Holly Hunter‘s Senator Finch, Scoot McNairy‘s Wallace Keefe, and Harry Lennix‘s Swanwick are merely human’s trying to wrap their heads around a desperate situation.

Herein lies the context for the world's current state of being - we live in an age of fear-mongering that makes us anxious and suspicious of outsiders. It’s about having the humanity to trust in Superman because humans raised him to possess that same moral code we all should have. You cannot simply lump him in with the heinous acts of Zod; he isn’t guilty by association. But that’s exactly what people like Lex want to push. Create turmoil, create fear, and watch the world crumble in the hopes you can be in the driver’s seat once the dust settles. It’s about faith. Facts are inconsequential.

Do the filmmakers make good on this theme? Yes. It’s clunky at times due to there still being a ton of characters to juggle without the Justice League, but there are abrupt surprises to alleviate this problem at multiple points for suspense and emotional upheaval. Dreams and clues to the past and future provide the most intriguing bits even if they provide no payoff besides offering promises, but they never overpower the film’s real purpose: Superman somehow earning the respect and friendship of his biggest detractor in time to save the world. And while that sounds too simplistic to sustain the runtime, it isn’t completely when presented through the detractor’s viewpoint. Bruce Wayne is the constant. He reacts, evolves, and stumbles. Superman isn’t affecting him personally, but he’s affected nonetheless.

Superman comes and goes to service the plot while Wayne moves forward in response to those actions. He’s the one being changed and the one driving the plot with the help of Luthor’s puppet-mastery. The fights are therefore of Earth with bullets and gadgets and wiles rather than brute force smashing impenetrable skulls into steel girders underneath concrete and glass. Affleck proves himself to be the most effective Wayne/Batman combo yet with the aged wisdom of an entrepreneur and the battle-tested mettle of a man clouded by his dark savior complex. He’s pushed, battered, and beaten enough to earn grimaces of pain. He has no super powers and that’s why we love him. He’s one of us: paranoid, angry, and often wrong.

Kent on-the-other-hand is at a crossroads, manipulated when he does good and bad because public consciousness has wrestled away control of his image - to suits their whims rather than based in truth. He’s forlorn and unsure of what he’s doing as a creature caught between two worlds he may never truly be apart of if neither truly wants him. We don’t necessarily get to really see that struggle, however, since he’s not onscreen long enough to show it. There’s an opening to let him work through it with Wayne, but that chance is squandered by the most obvious and laziest reason to find common ground possible. For all the shock value included to cause chaotic turmoil, the resolutions in their aftermaths are pretty tame.

Does that make it a bad movie? Probably. But Batman v Superman isn’t a movie. It’s a spectacle and in those terms it succeeds. There’s a welcome strain of political unrest that explodes in a powder keg of destiny at the revelation our extinction point may be on the horizon sooner than later. There’s a darkness that gives Christopher Nolan‘s series a run for its money even if it lacks his operatic structure. But most of all there’s potential for the franchise’s future. While we meet everyone well along their paths towards becoming heroes, the film is still an origin story for what’s to come. It’s loud, scary, funny (thanks Lawrence Fishburne), and sometimes exhilarating. It serves its purpose as a crucial piece to a larger whole.