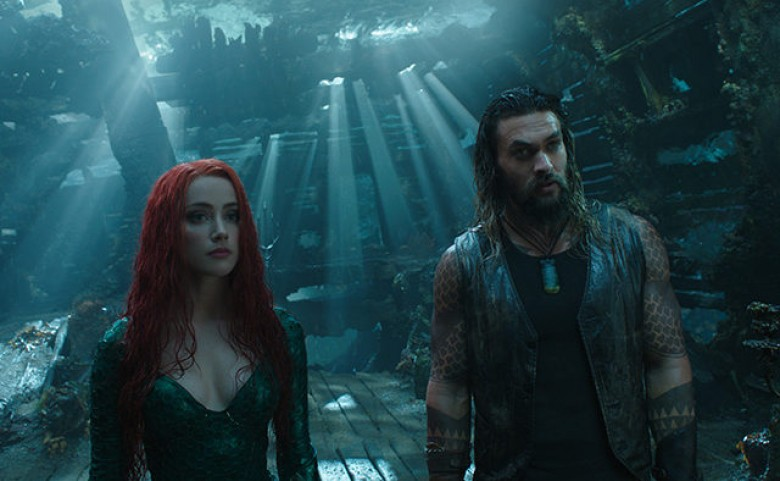 Arthur Curry’s Aquaman has been known in mainstream pop culture circles as DC’s whipping boy for a long while since it’s easy to mock an orange spandex-wearing dude who talks to fish when measured against his “cooler” Justice League compatriots. “The Big Bang Theory” made jokes at his expense for a few seasons and “Entourage” decided to use the hero’s lackluster reputation as proof Vinny Chase could turn anything to gold (with James Cameron‘s help). So it was a refreshing surprise when Jason Momoa was cast for Curry’s long-awaited big-screen debut. A native Hawaiian with a Polynesian lineage, who could be better to open the eyes of a community that’s steeped in Greek/Roman/White mythological culture to the ways of the surface world? His flair for fun helps too.

While James Wan‘s succinctly named Aquaman takes place after the events that happened in all the other DC Extended Universe titles, it does seek to be an origin tale via flashbacks nonetheless. It’s actually because Curry helped Batman, Superman, Wonder Woman, and The Flash defeat Steppenwolf that Princess Mera (Amber Heard) felt the time was right to recruit him for his birthright: the throne of Atlantis. Because of the circumstances surrounding that birth (portrayed with not-so great de-aging CGI on his parents—Temuera Morrison‘s Tom and Nicole Kidman‘s Atlanna), however, Arthur isn’t about to claim something from the people who ripped his family apart. Forced to leave her newfound happy surface life, Queen Atlanna returned to her undersea betrothed to supply a “pure-blooded” heir before being executed.

How does one get a man who despises his people to go to Atlantis and fight for the chance to lead them? Screenwriters David Leslie Johnson-McGoldrick and Will Beall supply an ultimatum he cannot refuse: all-out war. With his half-brother Orm (Patrick Wilson) calling the shots in a bid to cajole three more of the seven undersea kingdoms to his side (including Mera’s father King Nereus as played by Dolph Lundgren) and mount at attack upon the surface, the quickest way towards saving humanity is to stop him before he can begin. And how do you get the entire ocean to rally behind your call for peace against a species polluting your homes with toxic waste? You find the legendary trident of old that’s been lost for generations.

The King Arthur allusions are obviously delivered with full transparency, but that’s all part of the film’s entertainment value. After the muted-color dourness of what Zack Snyder built before his unceremonious departure, a complete behind the scenes studio overhaul, and the potential destruction of a cinematic universe barely five-years old, we needed a heavy-drinking partier to replace the heavy-drinking depressives. That’s not saying I didn’t enjoy what Snyder delivered (I’m mad we didn’t get to see where his vision was headed), only that the executives aren’t wrong to try and go the complete opposite direction. Wonder Woman proved levity could be a useful complement to epic-scale adventure, so why not let Aquaman be everything his cold and calculating Zora-like opponents aren’t? Namely that he’s allowed an infectious personality.

That’s where Aquaman lives or dies. You either like his quips opposite an out-of-her-element Mera (“It worked in Pinocchio“) or you don’t. While Orm is all doom and gloom with a smug look of superiority, Arthur rolls his eyes, smirks as though he’d high-five anyone offering, and expressively shows when he’s put his foot in his mouth. And the film is self-conscious enough to use its absurd conceit as augmentation for the character and goofy tone when necessary. Wan’s neither saying the serious stuff is paramount nor going out of his way to subvert it. He instead leans into the silliness of what he’s been given and finds the balance for it to succeed. If the excitable young girl a row behind us is an indication, he succeeded.

Let’s face it: children are the demographic. It might be rated PG-13 so adults can enjoy the mammoth fight sequences (choosing a human villain once again proving more worthwhile than CGI monstrosities), but the ten to thirteen crowd is the sweet spot as far as providing awe-inspiring action. That’s where Vulko’s (Willem Dafoe) genial teacher showing a young Hawaiian boy how to wield his powers earns its best laughs and where Black Manta’s (Yahya Abdul-Mateen II) big-eyed cartoon costume shooting lasers receives its wide-eyed wonder. Add clichéd if relevant subplots concerning loyalty (Vulko covertly undermining his King to stay true to his fallen Queen) and vengeance (Manta’s crusade to kill the titular hero) and there’s enough to warrant their peripheral inclusion despite their pure utility to the script.

They help create the contrast between land and sea, but the simple pairing of Arthur and Mera cements it. Orm may loom large as the big bad working his way through ancient customs off-screen to prepare his army for worldwide domination, but it’s the other two chipping away at their respective defenses that reveals the potential of life with mutual understanding. Momoa and Heard have a nice rapport with sarcastic barbs thrown throughout and one long, simultaneous rooftop fight in Sicily. They even get to show their mettle against a swarm of “Trench”—a sequence that also lets Wan infuse a bit of his horror background courtesy of some truly terrifying claustrophobia-inducing chases in a nightmarishly blood red aesthetic. Think bi-pedal anglerfish and hope for sweet dreams.

Is the whole on pair with Marvel’s pathos or the critical appeal of Christopher Nolan‘s Dark Knight Trilogy? No. But rather than try and fail to accomplish those things in order to appease a hive-mind consumerist mentality, Aquaman dares to be its own beast. It’s a popcorn blockbuster released in the fall to deliver some counterprogramming against Oscar-bait material and it should do very well as a result. There’s grounded, gritty action courtesy of Black Manta’s pirate background and operatic mythologizing thanks to a deep-sea world of fish-people, crab-like warriors, and hoity-toity aristocrats seeking power through fear-mongering (I guess that last one is pretty grounded these days too). And with a charismatic hero at its center to bridge the divide, DC remembers playfulness can actually be a boon.