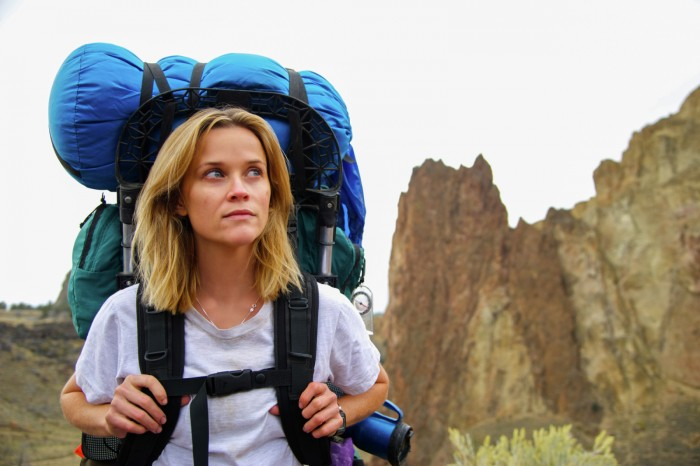 Wild
- Share this page -
We may have two consistent film festivals here in town showcasing small releases and restored classics, but you might not realize how close we are to one of the biggest in the world. Most "in the know" will center on five events when thinking about the best of the best film festivals and while Venice, Cannes, and Berlin are an ocean away and Sundance is across the country, The Toronto International Film Festival [http://www.tiff.net/] is less than a two-hour drive via the QEW into Canada.
Even better than proximity, though, is TIFF's accessibility. By this time ticket packaging has been taken off-sale, but don't let that discourage you. The first time I attended back in 2007, all I had were vouchers redeemable for whatever films were still available. I arrived in town, went to the box office, and simply asked one of the wonderful volunteers what was starting soon. Less than an hour later I was seated at the theater on Ryerson University's campus to see director Jason Reitman, screenwriter Diablo Cody, and actress Ellen Page on stage talking about Juno. Yes, tickets for Juno's second-ever screening were available an hour before the lights went down.
This isn't going to always be the case and many movies will sell-out, but new allotments of tickets are released each morning, there's a rush line at every theater, and the festival has a home base at the TIFF Bell Lightbox [http://www.tiff.net/explore/tblb] to help you get situated. There are a lot more venues than that first year and some—like the AMC at Dundas Square—no longer house films at all. This just shows the event's constantly changing climate so critics and public viewers alike can enjoy everything TIFF has to offer. Besides Bloor Hot Docs and a couple stragglers, you can pretty much power-walk theater to theater in less than twenty minutes each. Hail a cab and you're golden.
The last couple of years have afforded me the ease of press accreditation through The Film Stage and while that allows more opportunities to see everything I want, I still try and go to as many public screenings as possible. There is electricity in those audiences that press/industry folk simply don't possess. You'll meet film buffs in line waiting for the doors to open, make new friends from all over the globe at the premiere of your favorite director's new film, and truly experience something you may not have even thought possible on this side of the Atlantic.
Public screenings have another positive too that I know many readers will see as the real reason to attend: celebrity appearances. If the film is a gala premiere, there will be star power. Maybe it will be a director, a writer, or perhaps Brad Pitt and Angelina Jolie. You might not see them walking the streets—unless you scope out their hotel's location—but there's a good chance they'll hit the red carpet and give impromptu Q&As after the show if they have a film in town. So don't forget to work in some buffer time between films on your schedule to accommodate the chance of a post-screening chat. And if you don't have a ticket, many onlookers congregate to watch the limos pull up and sneak a photo.
There are a slew of great films coming this year including David Dobkin's opening night screening of The Judge with Robert Downey Jr. and Robert Duvall. Bennett Miller's Foxcatcher with Steve Carrell and Channing Tatum is playing, Kevin Smith's Tusk, Denzel Washington in The Equalizer from his Training Day director Antoine Fuqua, Canadian auteur David Cronenberg's latest Maps to the Stars, Dallas Buyers Club director Jean-Marc Vallée's follow-up Wild starring Reese Witherspoon, and new work from "Masters" Michael Winterbottom, Jean-Luc Godard, Studio Ghibli's Isao Takahata, and Palme d'Or winning Nuri Bilge Ceylan with Winter Sleep.
Then there are directorial efforts from Captain America and Professor Snape (Chris Evans' Before We Go and Alan Rickman's A Little Chaos) and international powerhouses in Olivier Assayas (Clouds of Sils Maria), Zhang Yimou (Coming Home), Johnnie To (Don't Go Breaking My Heart 2), and Michaël R. Roskam (The Drop which opens in Buffalo on September 12th). Add Thomas McCarthy (The Cobbler), Andrew Niccol (Good Kill), Barry Levinson (The Humbling), David Gordon Green (Manglehorn), and Jason Reitman's return with Men, Women & Children and there's a little something for everyone.
Mike Leigh (Mr. Turner), Hal Hartley (Ned Rifle), Xavier Dolan (Mommy), Dan Gilroy (Nightcrawler), Jon Stewart (Rosewater), Paul Bettany (Shelter), and James Franco (The Sound and the Fury) all have films coming too alongside foreign Oscar winners Michel Hazanavicius (The Search) and Susanne Bier (A Second Chance). And that's not even mentioning the numerous world cinema discoveries you could check out that may never get released in local theaters or even DVD.
If there's one thing I learned going into my seventh year it's that every film fan in Buffalo needs to go to TIFF at least once. Be warned, though, as you may find yourself returning every year afterwards. Even if only for a day-trip so as not to accrue hotel accommodation charges, you won't be sorry.
The Toronto International Film Festival runs from September 4th thru 14th and takes place at numerous venues throughout the city. For more information please visit the festival website at http://www.tiff.net/festivals/thefestival. Single tickets go on sale August 31st.
- Share this page -