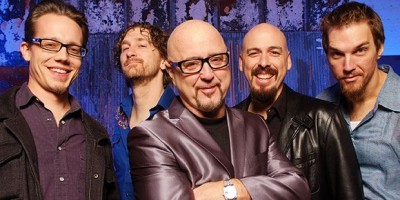 Some great things to do in Buffalo this weekend, including musical acts that will take you back in time, and a dance performance that will leave you speechless.

Enjoy these 7 cool events and enjoy your weekend in Western New York!  Check back Monday morning for more things to do next week.

Buffalo Iron Works
Fri Feb 28
After the Sabres game, head over to Iron Works for a free rocking post game party. Doug Yeomans has been in the music-making business for more than four decades. Hailing from Buffalo, N.Y., he has traveled across North America playing in concert halls and clubs and at festivals and private events. Yeomans navigates easily through rock and roll, rhythm and blues, blues, country, and bluegrass. His guitar playing, songwriting, and vocals have earned him accolades and national gigs. More info here.

THE FABULOUS THUNDERBIRDS
Seneca Niagara Casino & Hotel
Fri Feb 28
This two-time Grammy nominated group of Texans opened for such legendary superstars as The Rolling Stones and Eric Clapton. Now they're taking the spotlight to perform their own unique brand of the blues and Texas Roadhouse Rock!  Official site here.

Zodiaque Dance Company
UB Center for the Arts
Fri Feb 28 – Sun Mar 1
Caught up in the whirlwind of a milestone anniversary year, Zodiaque Dance Company concludes its concert season with CELEBRATION 40 dances on... another program filled with an awe-inspiring array of diversified choreography performed by UB dancers. Since its formation in 1973, Zodiaque has energized established audiences and attracted new ones with a passion for dance that has put the company at the forefront of diverse artistic expression in the university setting.  More info here.

Buffalo Philharmonic The Beatles Classical Mystery Tour
Kleinhans Music Hall
Sat Mar 1
The long and winding road leads to Kleinhans as four talented artists take the stage with your BPO to celebrate the legacy of one of rock's greatest bands, just in time for the 50th anniversary of The Beatles' arrival in America. Details here.

Ten Cent Howl
Buffalo Iron Works
Sat Mar 1
Back before computers and cell phones and i-everything, when we were still trying to find our way, in the corners and pockets of our country when things were simpler, though always complicated by the human condition, there was music. It spoke of the lives of our families; the older generations before you or me, before Mom and Dad, before Grandma and Grandpa. It was the feeling of the soft blades of grass between your toes on a warm summer day; of a tall cold glass of lemonade after a back-breaking day of work in the hot sun. It was dancing with your best girl under the stars. It was the voice of life and family and experience and love and heartbreak. It is where we come from and who we are; our roots. Generations later, Ten Cent Howl has distilled that distinctly American experience into song once more.  More info here.

CARAVAN OF THIEVES
Tralf Music Hall
Sun Mar 2
New England's Caravan of Thieves are on tour in support of their new single, "Dead Wrong." The song is exemplary of a band on the high road to musical perfection and channels pop bliss through their trademark lock-tight, turn-of-the-century, bang out a beat on anything that can take it approach.  More details here.