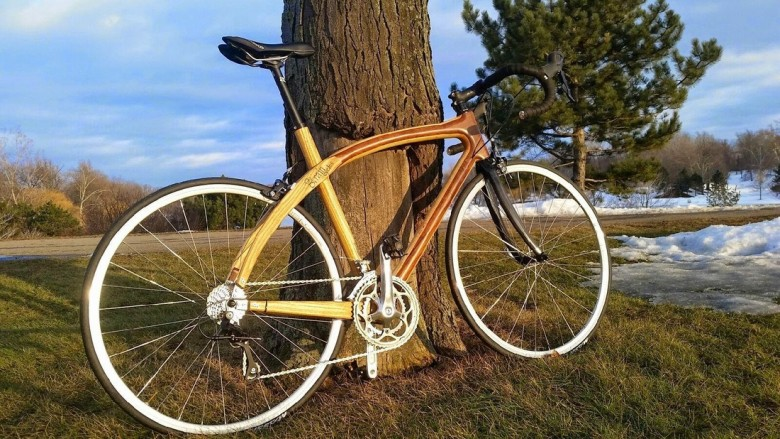 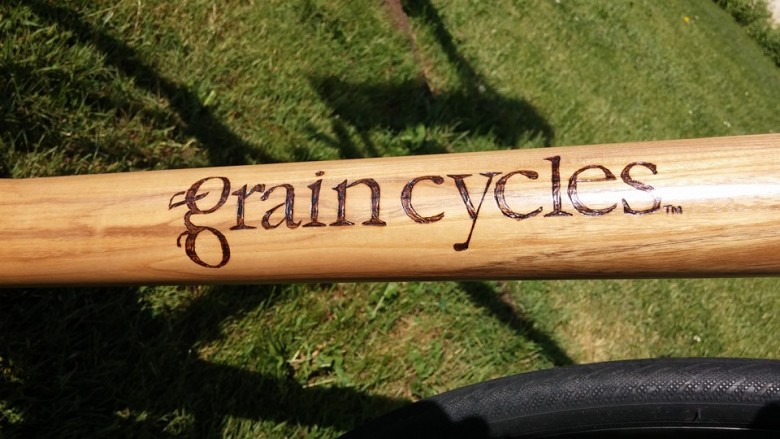 Right now you have a "City Bike" and a "Road Bike". Are those going to be the only options going forward or are you experimenting with more models?
VM: We have a couple different options coming up.
PJ: We're developing a race bicycle right now and we're working on a cruiser model, but as has been stated we're still in our infancy. That's the idea at the moment, though—a couple models basically built to suit.
VM: We put a lot of handwork—a lot of love into each one of these bikes. It's not just an overnight thing, [but] it doesn't take a million years either.
As we develop them we make sure we build every single inch with all the integrity and characteristics and beauty of handwork on wood so that it shows in the end. The closer you get the better it looks and feels and rides and so on.
Custom woodwork of any type takes a little bit of time. I can see another six months to a year pass before we get a real line-up of decent models. We're talking about them and working on them daily and Pete's drawing. We have the cruiser and racer coming—more friendly sit-upright bikes for older people like myself.
It's fun but the development and research part takes some time. We have to be satisfied in our quality level and the bar's pretty high there.
What's the next planning stage?
PJ: We're in the process of getting these formerly tested by a third party—
VM: Buffalo State's technology department.
How can the public see what you have so far? Can they stop by the studio or do you attend different tradeshows around the area?
PJ: We've been going to a lot of the local bicycling events. We don't have a schedule of where we're going to be, but people are always welcome to stop by the studio and check them out Monday through Friday.
VM: I'm usually here Saturdays too.
Our studio is absolutely awesome. The building that we’re in [the NACC] is awesome. No one is ever disappointed when they come and visit here or visit us or see the bicycles. It's way cooler than you can talk about including the whole environment that we do this in. We welcome anybody at anytime. The door is always open for visitors.

For more info or to purchase a Grain Cycle visit - http://www.graincycles.com/