What Is Gruit Ale or Gruitbier? 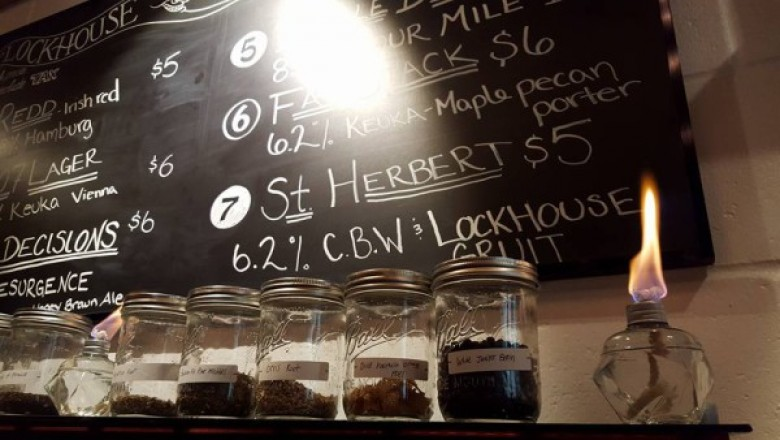 Indisputably, hops are the heart and soul of beer as we know and love it today. They impart the essential oils that imbue your brew with nuanced flavors and aroma, and provide the bitter backbone that balances the inherent sweetness of malt. That same bitter quality also, very conveniently, acts as a preservative, slowing down the inevitable course toward spoilage and prolonging the drinkability.

But hops were not always intrinsic to beer. In fact, we don’t have written evidence of hops being used in the brewing process until the 9th century in France, and even then, it wasn’t the universal or required flavoring agent. (That wouldn’t happen until the passage of the Reinheitsgebot or German Purity Laws of 1516, which decreed that beer could only be made from barley, water, and hops. And even that mandate only applied to beer made in Germany.)

Beer making predates hop usage significantly. Archaeological and written evidence traces its origins at least as far back as the ancient civilizations of the Middle East, and brewing was a common feature of daily life in early medieval Europe. That means people were brewing sans hops for thousands of years. For the homebrew hobbyist and craft beer enthusiast, that begs an important question: what did brewers use as flavoring agents before hops?

The answer is bitter and aromatic herbs, botanicals, and some fruits. We call the beverages Europeans produced by this method gruit or gruitbier.

Back then, brewers formulated proprietary blends of herbs and botanicals to achieve a desired flavor profile, and some combinations were believed to have physiological effects on drinkers, ranging from sedative to aphrodisiacal. But to try to recreate their recipes using items from a grocery store would be difficult since the herbs they used are not typical of modern pantries. Rather, early brewers turned to bog myrtle, yarrow, heather, juniper, spruce, wild rosemary, and seaweed—just to name a few.

Eventually, hops assumed domination, and gruit-style ales fell into obscurity. In recent years, however, the craft beer industry, which prides itself on its freedom to be experimental and embrace atypical brewing, rediscovered the lost art. Andrew Hardin, brewer and cellerman at Community Beer Works(CBW), which recently brewed its first gruit, explained to me the appeal of resuscitating this historical method.

“At CBW we like to play around with antiquated styles of beer. I’ve brewed a beer fermented with acorns (one of America’s first know fermetables); a gratzer, which is an oak-smoked wheat beer that fell out of production in the late 1970s or early 80s; a kotbrusser; and a few more old-style beers. So, this was kind of another strange resurrection.”

The impetus behind their gruit venture was a desire to participate in International Gruit Day, which is celebrated by a coalition of craft brewers who release a gruit each year on February 1 with the intention of raising awareness of and paying homage to the historical traditions of brewing with botanicals, according to the holiday’s official website.

In true renegade, craft brewer fashion, CBW threwgruit tradition out of the window with its 2016 contribution to the festivities. Hardin and his team worked with the botanical experts at nearby gin maker Lockhouse Distillery to source some curveball ingredients—among them, chamomile, angelica root, coriander, elderberry, and grains of paradise–in addition to the more conventional yarro and rosemary.

CBW named its gruit St. Herbert, which is a playful nod to the fact that the CBW team started with a Belgian Trappist-style grain bill (like St. Bernardus) and, of course, used many herbs in the brewing process.

According to Hardin, St. Herbert has a sweet, spicy nose with hints of rosemary clove and anise, and a mild alcoholic warmth. Some tasters have described it as having almost an Indian food-style spice profile, like yellow curry, which, Hardin admits, may not be for everyone.

“There is a lot going on in this ale. It’s definitely different and not for the faint of heart or strictly domestic beer drinker. I, personally, have never had a beer like this, and I helped make it!”

Hardin warns that the homebrewer who wants to dabble in gruit should be careful to balance the herbs and spices to produce something that is appealing to the drinker.

“You are already pushing the bounds of what people expect from a beer by using only spices. You don’t want to put them off by an unbalanced spice bomb of a beverage.”

Despite the difficulties of working with gruit, Hardin enjoyed the learning process.

“It fun way to step outside the box of everyday beer styles and step back into the past.”

Experienced homebrewers who aren’t afraid to take a risk might, too, enjoy the challenge of gruit making and the chance it offers to participate in a venerable, time-honored craft.

Visit Kegworks.com for all your cocktail needs!